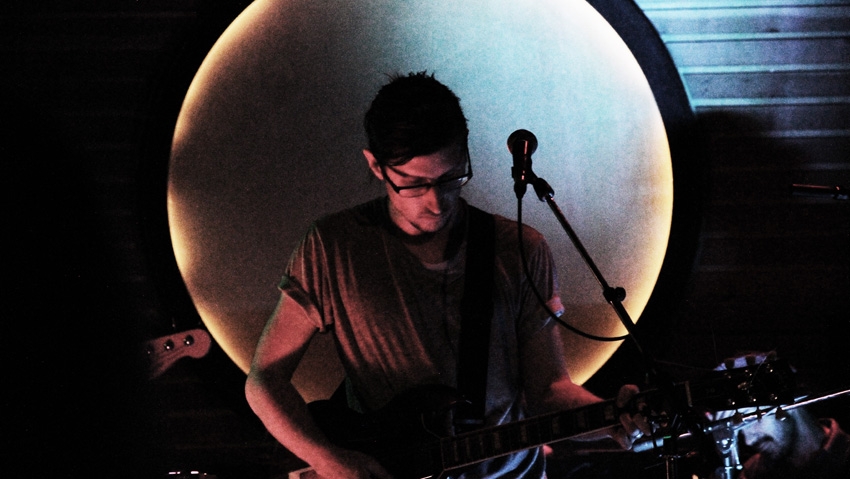 An intimate crowd swayed in front of the stage as John Felix Peña (aka Heavenly Beat) mumbled raspy sentiments into his microphone. Accompanied by a small band and low-fi backtracks, Peña rattled off songs from his laxadisco catalogue while stage-lights blinked in kitschy fashion. Never missing an opportunity for dry wit, he ended his set by cueing his own canned applause.

Kicking off a six week North American tour on Saturday night at Fortune, Heavenly Beat will be opening for Abbotsford’s own Teen Daze across 33 stops, mostly south of the border. Teen Daze are riding the momentum of their great new album Morning World (featured in our BC summer music roundup) and New York’s Heavenly Beat are expected to release a new record later this year.

Teen Daze, the recording project of Jamison (he goes by one name only), has never needed a band. His ambient songwriting featured rich instrumentation, but never required other players, or even a proper recording studio. In many ways, Morning World represents a shift in ideology and momentum — from instrumental to vocal, from ambient to indie, from obscurity to the fore.

Naturally, as Jamison himself was quick to point out, there were some kinks. The most noticeable flaw was each musician zeroing-in on his own parts, rather than moving as a whole — a hurdle that only experience will overcome.

But for the most part, the band captured the charisma of Teen Daze’s recorded work. At its core, Jamison stepped up to the proverbial plate, pulling the reigns in when needed and providing musical guidance for his mates. Hair neatly tied-up, wearing his usual smart specs, and dressed in tame tones of grey, Jamison appeared as a confident grad-student conducting his group of instrumentally-inclined lumberjacks. 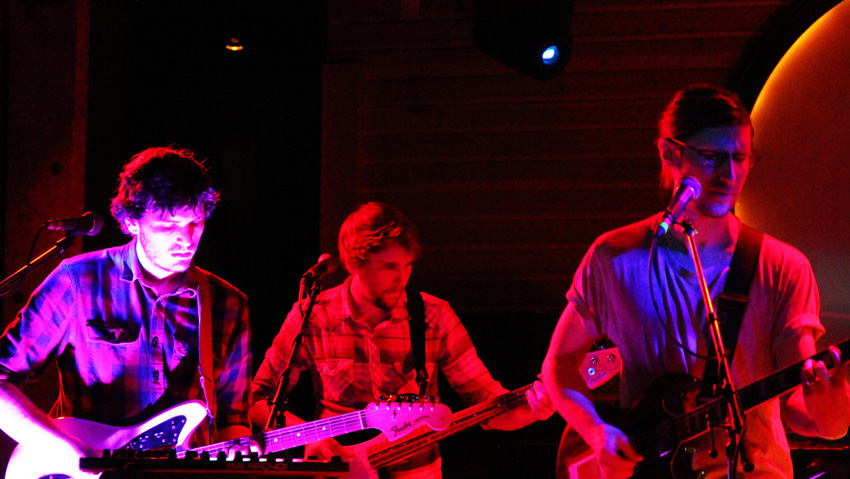 Even though it’s their first run, the band took on a fair share of challenges including an extended version of “You Said” with a manually-controlled-metronome-slowdown-transition into “Alone”, a particularly moving cut from Morning World.

Teen Daze’s careful songwriting translated nicely in the live environment, with plenty of room to extend passages and carry the momentum from one tune to the next. However, what stood out the most was Jamison himself, a musician undergoing a complete metamorphosis and absolutely seizing the opportunity for growth.

Softly charming in person as his voice is on record, Jamison made sure to vocalize his deep appreciation for the support from his fans. 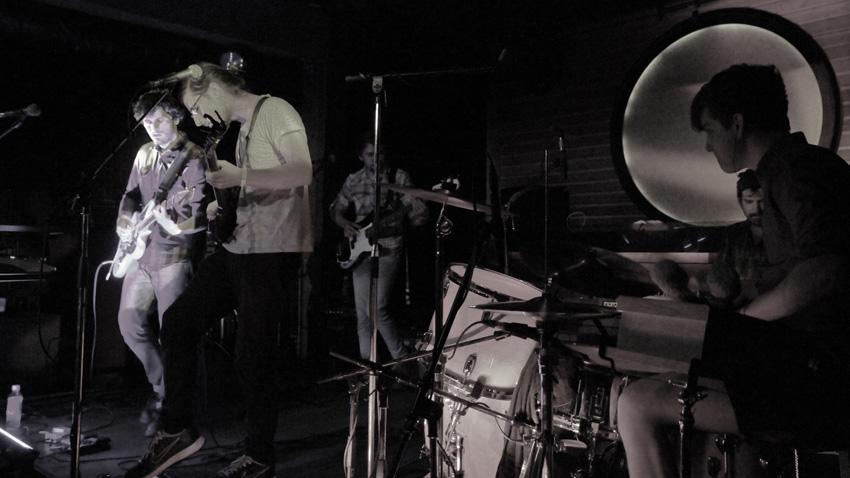