There’s a long tradition of on-stage musical instrument destruction in rock circles, but watching a violin smashed to pieces on the concert stage right in front of us seemed downright pornographic. 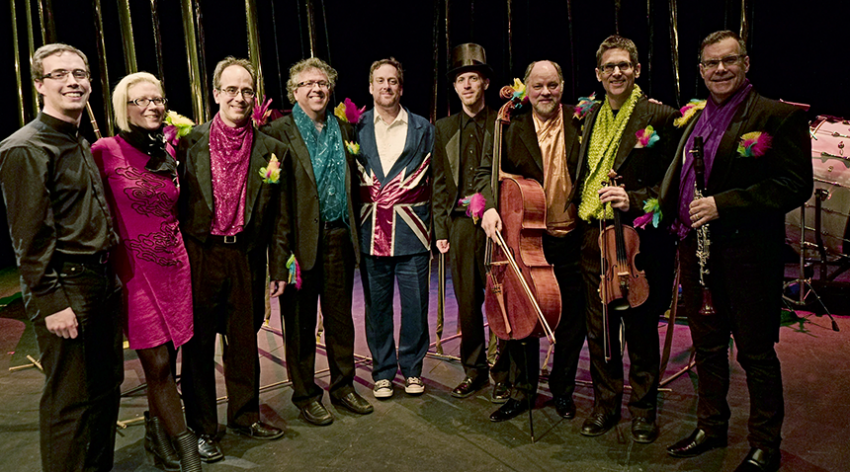 Tenor Will George quoted these words on his Facebook profile just hours before his title role performance in Eight Songs for a Mad King.

Will was justifiably nervous: Eight Songs, based on the real-life madness of King George III, is a tour-de-force treatise of modern vocal techniques­ spanning a mighty range of over four octaves.

It was not just for the madness I’d come. (Sir) Peter Maxwell Davies’s Eight Songs (text by Randolphe Stowe and olde King George himself) ranks with Schönberg’s Pierrot Lunaire and Stravinsky’s The Rite of Spring as among the top twentieth-century works of contemporary concert music.

“Who has stolen my key?”

Like falling dominos, each of the electronic pieces fizzled, making nervous geeks out of respectable UBC composers Bob Pritchard and Keith Hamel. While they strained over their laptops, the audience stared expectantly forward at idled musicians who for their part stood helplessly clutching perfectly functioning acoustic instruments. Finally, pianist Corey Hamm rescued the moment with a little Bach-Gounod arpeggiation and the audience filed out for an extra intermission.

“My Kingdom is snakes and dancing...”

On our return, the stage was set for the entrance of the king even though Diane Park’s inventive set design, a triumph of economy, looked as if she’d done it on a budget of no more than $75.

Whatever the actual cost, Diane said how much she’d enjoyed the creative challenge of designing Eight Songs because of how it sits in the nearly uncharted waters between chamber music (“No sets required if you please”) and musical theatre (“My dad's got a barn—let's put on a show!”). 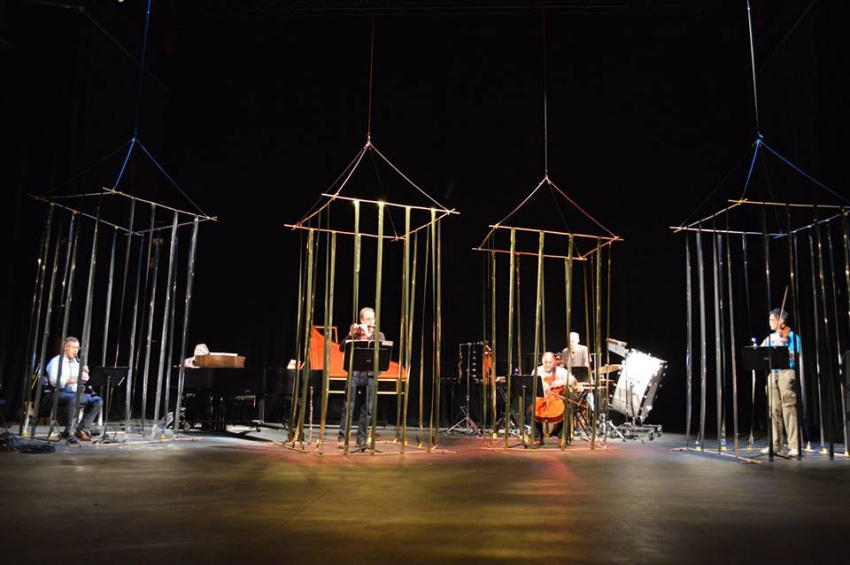 The trick in all this is making musicians—who in a strict sense can’t act—be part of the action. To accomplish this, Diane enclosed each of the four front musicians in bird cages and dressed up their formal concert attire with brightly coloured neck scarves and feathers, making them look vaguely like late eighteenth century bird-men. There, they could go about their music-making business while doubling (for theatrical purposes) as sets.

The remainder of Diane’s budget was reserved for Will’s regal purple robe (with genuine thrift store ermine) and of course that extra violin that would later become pivotal to the action. At key junctures in the performance, Will disrobed revealing a little more of the history of the period—most effective was his recoiling horror on discovering the lining of his robe was sewn in with an anti-royalist American flag. 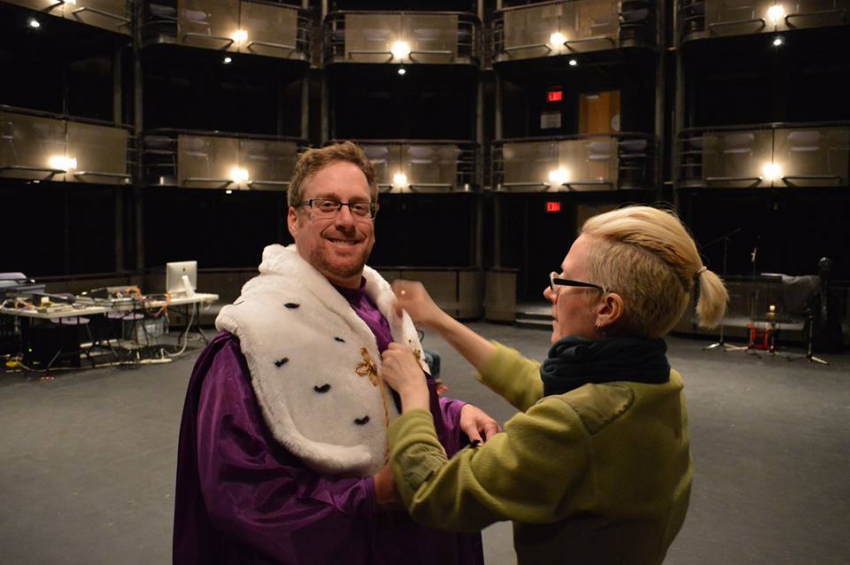