The Sheepdogs roll out sweet, Jack-and-Coke-breath sounds at The Commodore 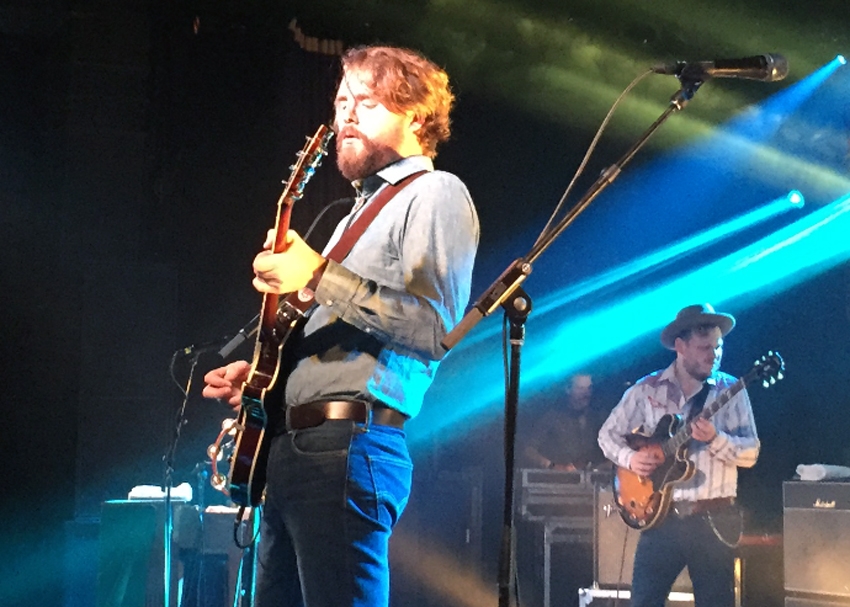 The Sheepdogs at The Commodore Ballroom. Photo by Craig Fleish

When a friend asked me what I was up to on Thursday night, the conversation went like this:

"I'm seeing The Sheepdogs at The Commodore."

This was a conclusion I'd come to all by myself but when I started doing my research on this dirty boots, Jack-and-coke breath-sexy sweat fivesome, I learned that they have in fact worked with Patrick Carney (the drummer of The Black Keys); he produced The Sheepdogs' previous album and their synergetic energies are very obvious.

But last night was all about their new (ish-2015) album, Future Nostalgia, which remains consistent with 2012's self-titled gift of groovy-bluesy glory but really pulls on that 1967 Southern sound my parents grew up listening to.

Funny enough, the album actually does make you feel nostalgic, and nostalgia is my favourite experience - so naturally, I dig it. I've never been to Alabama but if I had to give you a place to align these boys with, that's what I'd choose.

As usual, The Commodore hosted graciously and the crowd was a laid back, classy-cool. I pictured a lot of the crowd driving Nissan Sentra's, not because they had to, just because they are economical, easy to maneuver and these kids don't give even a small care as to what you think.

Even the girl throwing up next to me in the bathroom sounded like she really didn't mind it all that much. (Insert: hang-loose hand gesture).

Opening with "I'm Gonna Be Myself" and "I Really Wanna Be Your Man" then pounding pleasantly through the whole album, you could wiggle these gems onto an afternoon summer barbecue playlist, while longhairs smoke doobies and their children jump naked through sprinklers.

Encore included an Allman Brothers cover of “Whipping Post” with riffs that resemble Carlos Santana's gentle balance of Latin-Am rock but then wait... put on "Help Us All" and tell me if you get that slight taste of Zappa, you know, when he is in one of his more "normal" moods. Old-School rock in pretty perfect New-School package; sounds damn fine to me.

If you missed last night’s performance, don’t worry – they are doing a second show tonight which will likely be even more packed than last night: Go early. Wrangle your way to the front because they’re great guys to watch. You kinda feel like you’re not a spectator but more, I don’t know… participating. Try to get there if you can.

Muse 'drones' on and on, leaving fans wanting more

Dearest Rouge: Vancouver does love you.