The aptly called 'Heart and Soul Tour 3.0' brought the bands Chicago and Earth, Wind and Fire together in Vancouver after a 15-city trek across the U.S. and Canada. 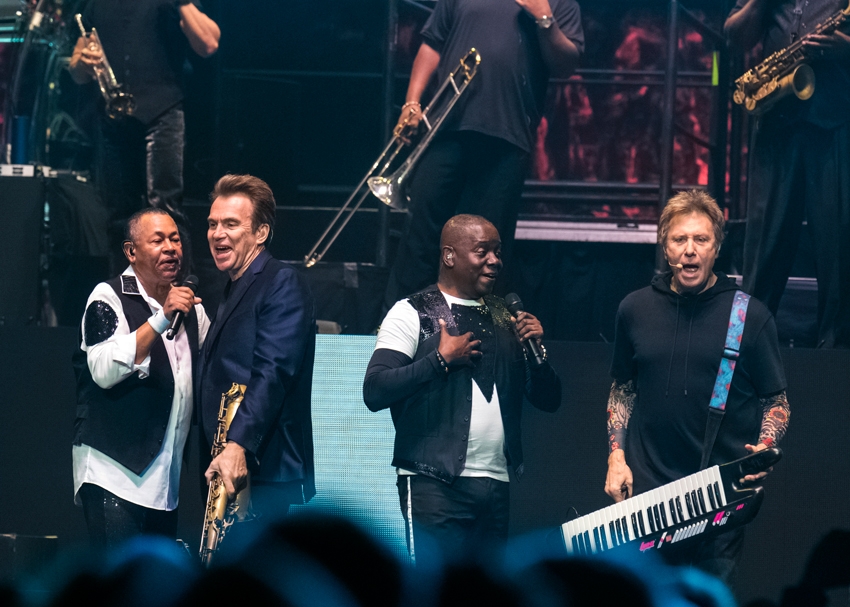 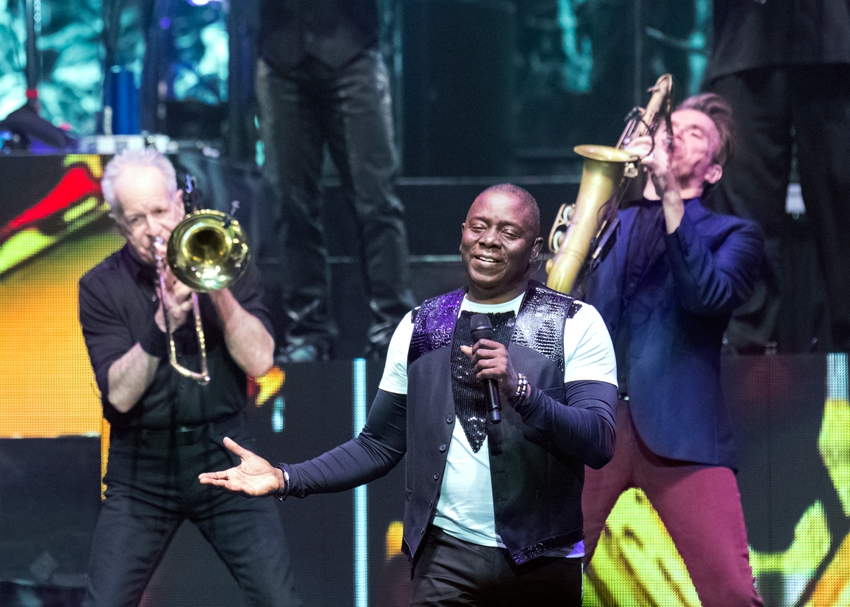 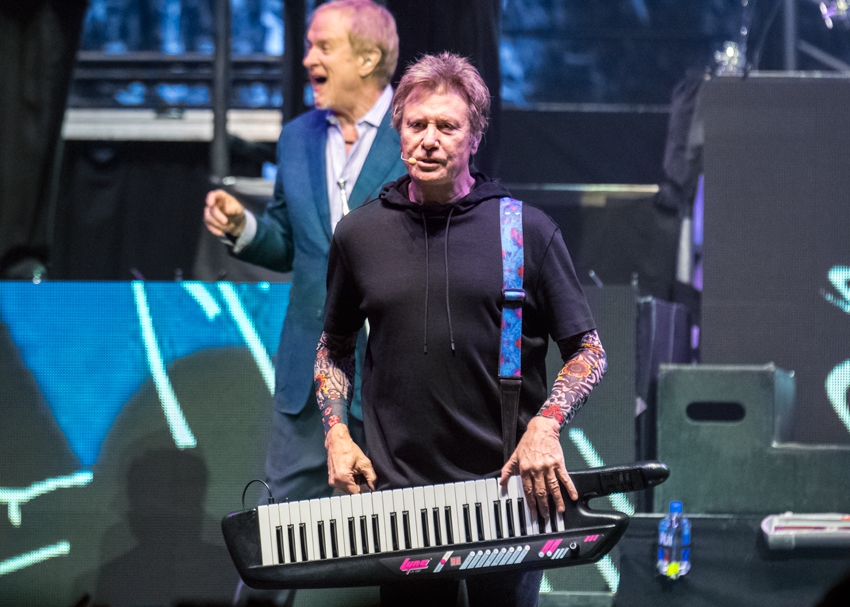 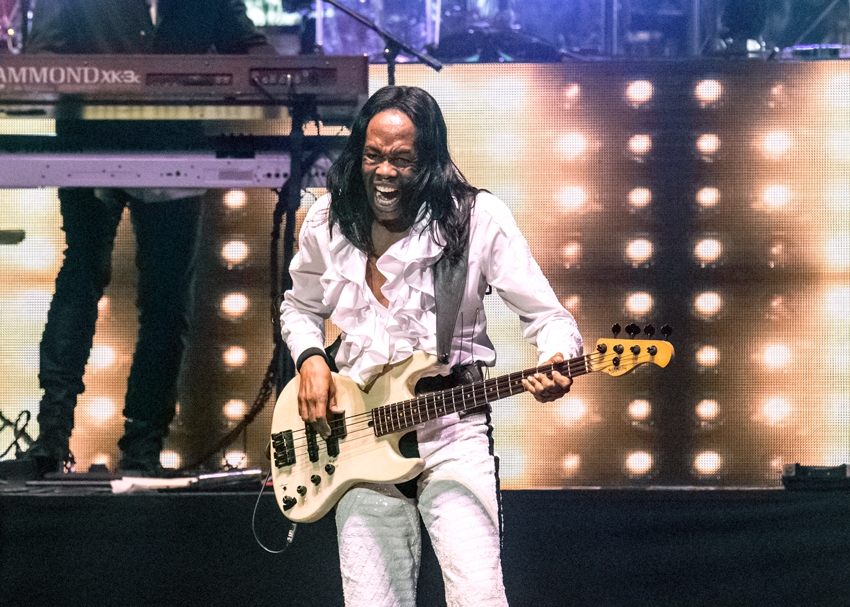 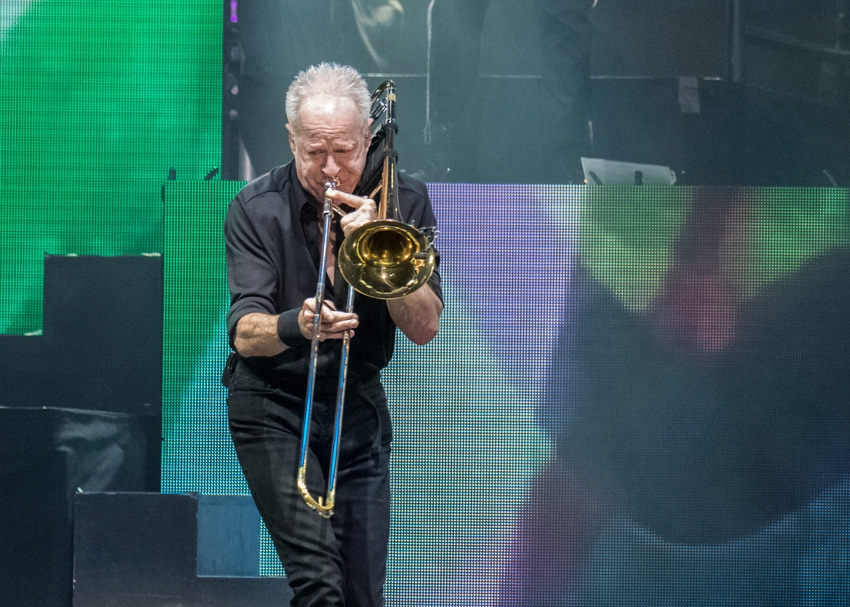 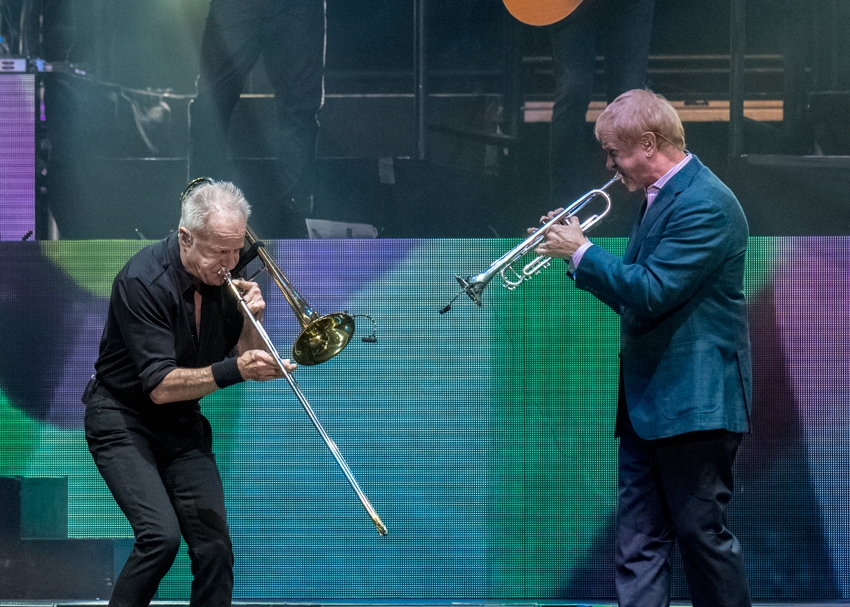 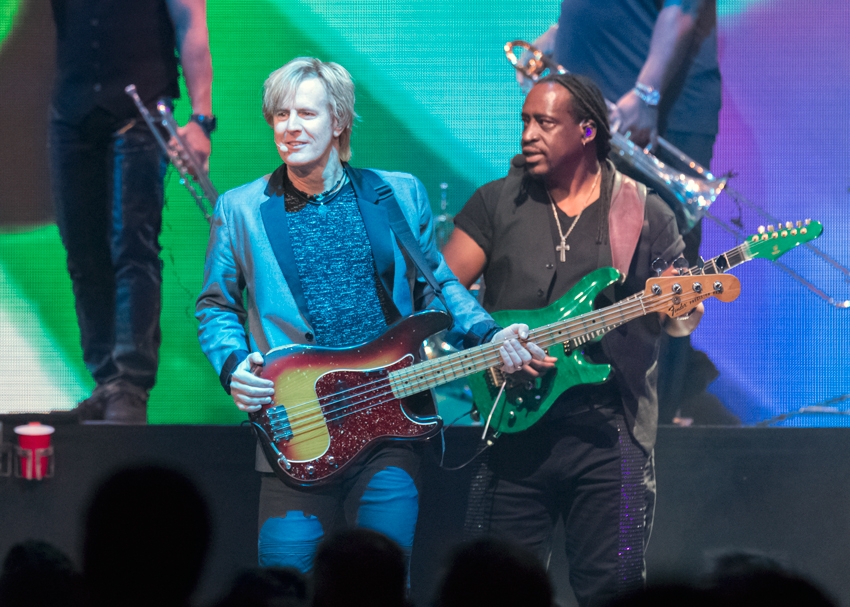 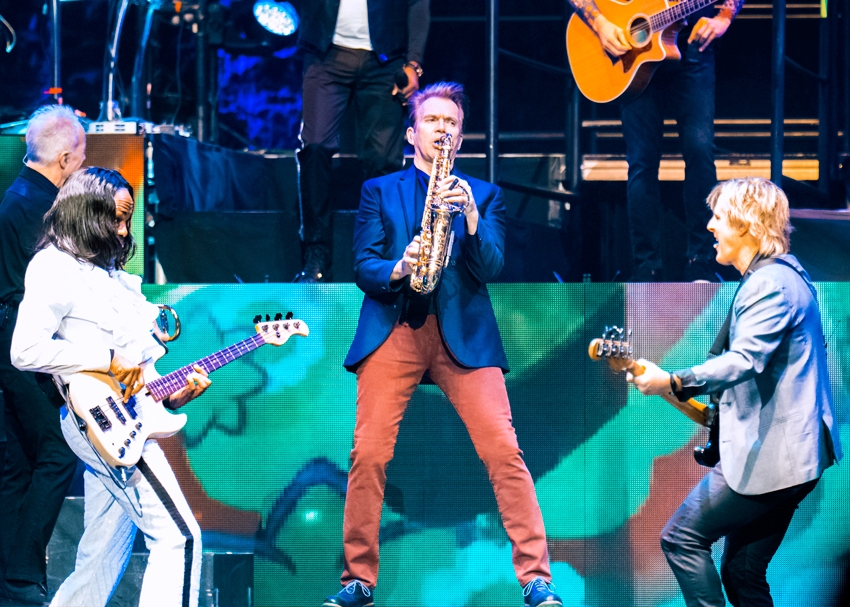 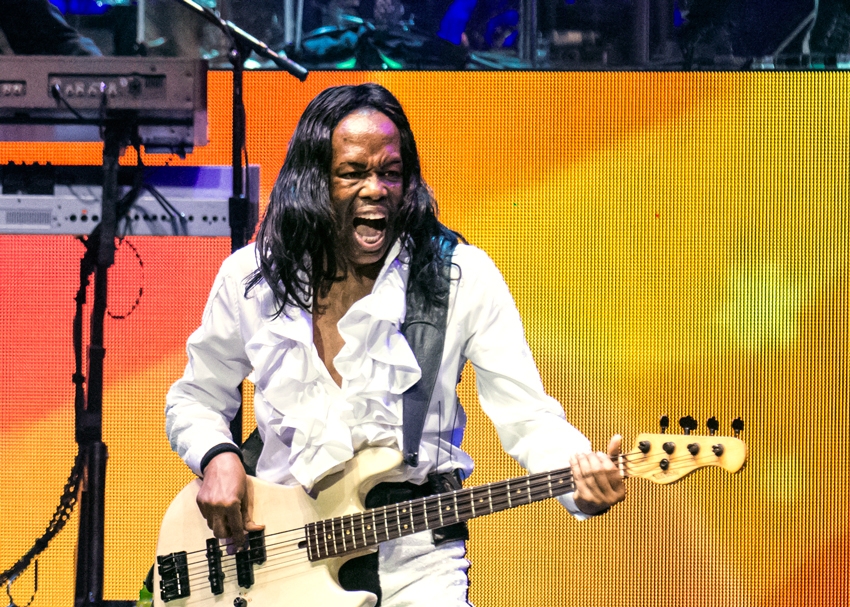 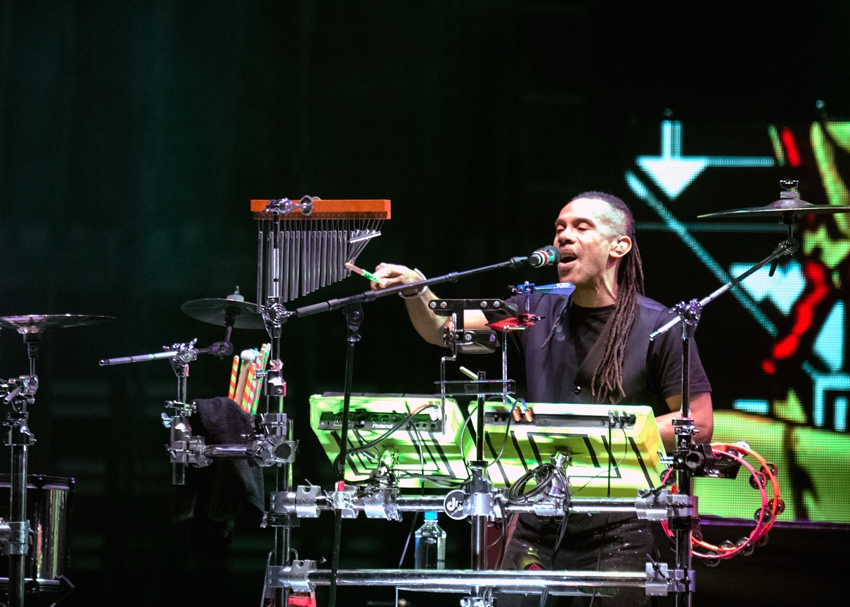 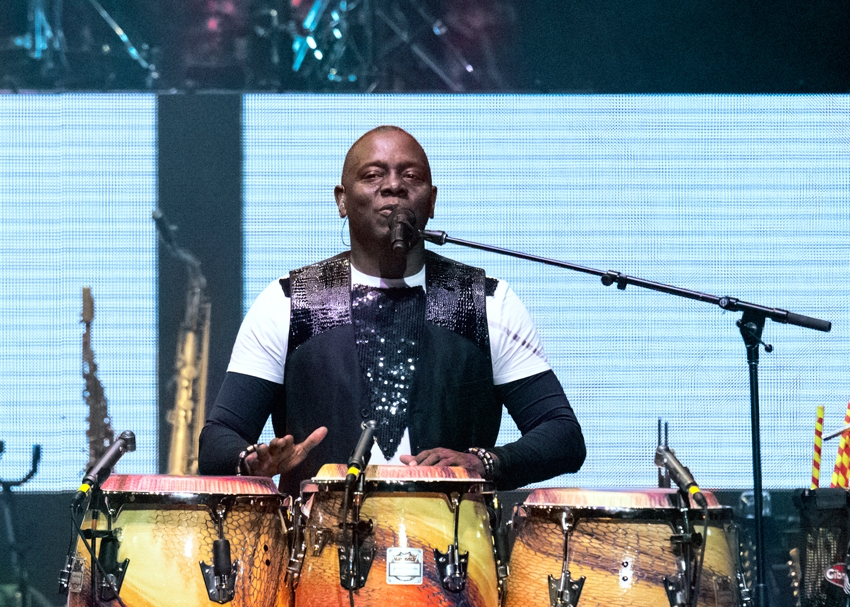 Review and photography by Craig Fleisch

The 70's returned to Vancouver if only for one night. Two legendary musical greats from Chicago teamed up for the third time performing a night of funk, soul and rock.

Their tour aptly called Heart and Soul Tour 3.0 brought the bands Chicago and Earth, Wind and Fire together in Vancouver after a 15-city trek across the U.S. and Canada.

Vancouver is at the tail end of their North American tour, which unfortunately to fans of both groups, concludes this coming weekend. Rogers arena was packed with excited baby boomers looking to reminisce about the good old days and get down to some funky music.

The night began with both groups making their way on-stage, performing the first three songs together. I'm by no means a math wiz, but I've got some addition skills. I counted each band member as they stepped on-stage and to my surprise twenty-one talented musicians were present (Wow wow wee wow!)

A Bieber or Kanye show this was not. The stage itself was lightly dressed with both groups' instruments littered throughout. Its only visual support was a massive screen that ran full width of the stage.

This was a pleasant break from the humdrum of over-the-top stage design which today's artists seem to be throwing their money at. These two legendary bands, however, had no need for excess as they exuded pure, unadulterated, raw musical talent.

Similar to Sting and Paul Simon's tour earlier this year, each band individually played a full set. Earth Wind and Fire kicked off the first portion of the night with their funky set.

Twelve musicians remained on-stage, and only three of them original members of EWF.

They include lead singer Philip Bailey (65), Bassist Verdine White (65), and percussionist/vocalist Ralph Johnson (65). No matter the odds, the full band played together were perfectly in sync and performed as if they'd played their entire careers together.

This was my first time seeing EWF perform live and I was pleasantly surprised by Bailey's vocal talent. He has the most amazing vocal range, beginning with his sexy lows all the way to his extraordinary high falsetto.

Let's just say there was no need for Marvin Gaye as he melted and won the hearts of the crowd, especially the ladies, with his sexy, soulful voice.

The band played a full spectrum of hits such as Boogie Wonderland, Serpentine Fire, Fantasy and Let's Groove all before intermission leaving a few shining hits for the encore, but before the glorious encore, Chicago was next to hit the stage.

With four of its six original band members left, Chicago took the stage to an already musically satisfied crowd.

The band got its start in the late 1960's and is one of the longest-running and most successful rock groups as well as one of the world's best selling bands.

As Lamm reminded and thanked the crowd, they were recently voted into the Rock & Roll Hall of fame by 37 million of their fans which he and the band are eternally grateful for. He later went on to say "You (pointing to the fans) are just as important as we are because without you we'd just be rehearsing" getting a laugh out of the crowd.

Lamm, Pardini, and Coffey took turns on vocals. Each of them with their own distinct voice were mesmerizing to watch. Yet for some reason Coffey's voice stole the show, even with nine talented musicians on-stage, more often than not I found my gaze shifting towards Coffey on bass and vocals.

Chicago's set was very entertaining and for music enthusiasts alike it was a delight to witness their complex jazzy rock numbers. Although, I must admit in comparison to Earth, Wind and Fire and their upbeat, funky, shake your booty songs, Chicago's rock ballads were a somewhat more subdued.

The encore brought back EWF for a well-choreographed upbeat "September" bringing the crowd to their feet once more. During the encore six songs were sung from each groups armada of hits.

All in all, almost 40 songs sung, two and half hours of spectacular music heard, left fans completely satisfied. And for me it was a dream to see both bands perform and witnessing them together sweetened the deal ever so.

Photo highlights: The Strumbellas with special guest The Zolas