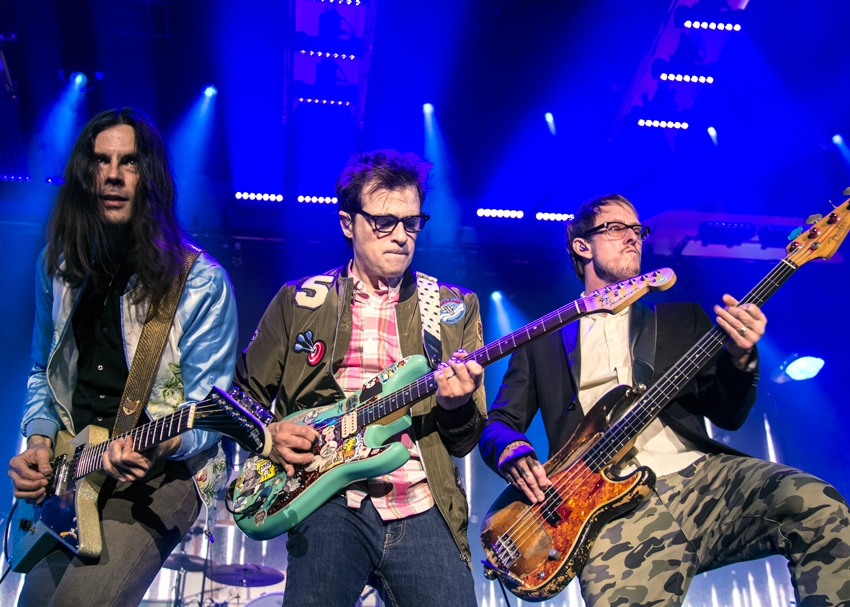 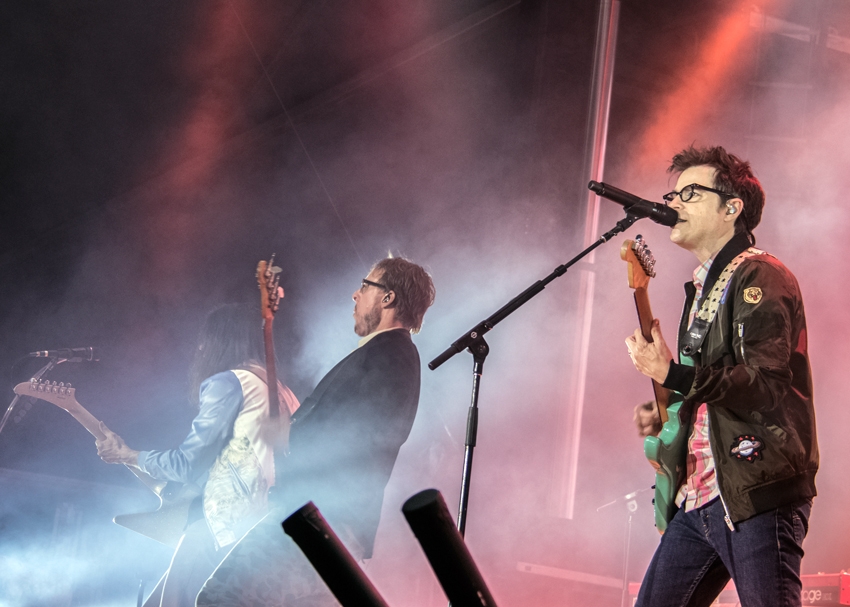 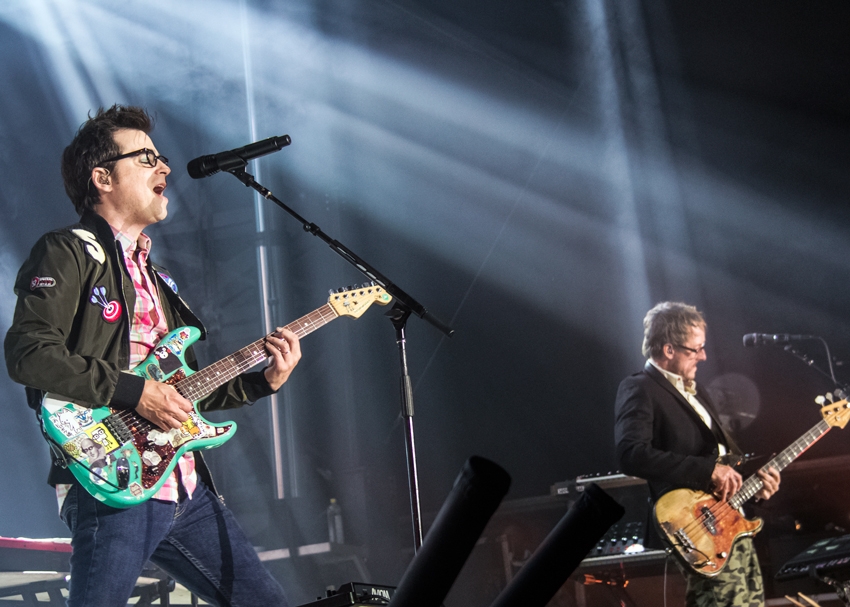 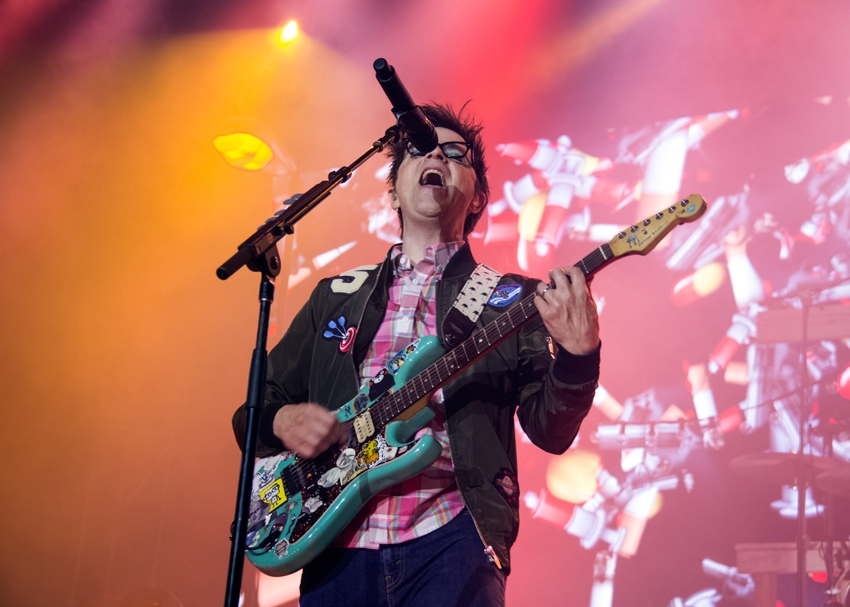 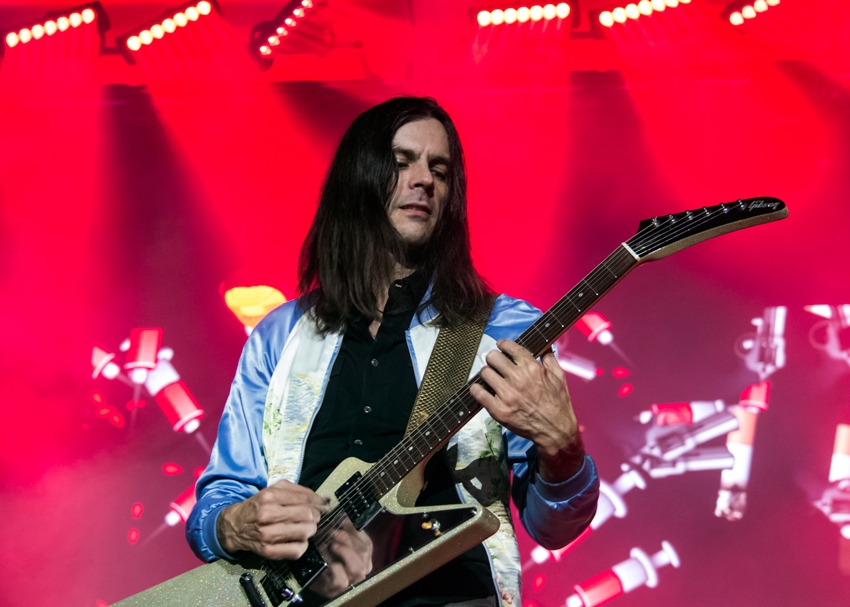 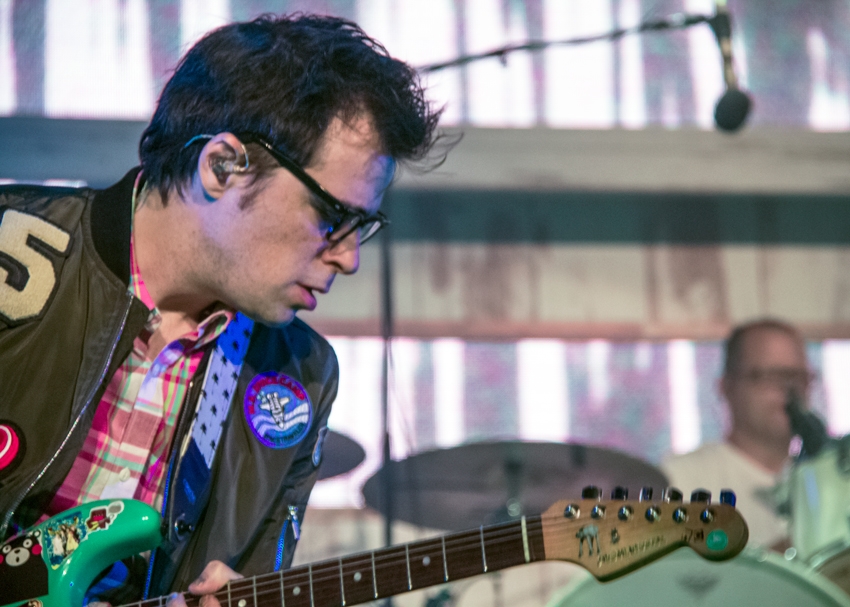 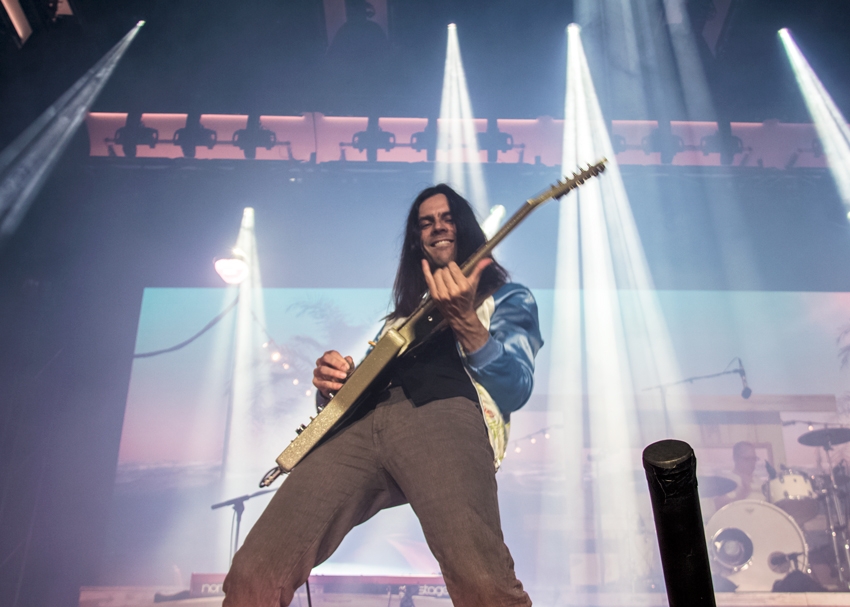 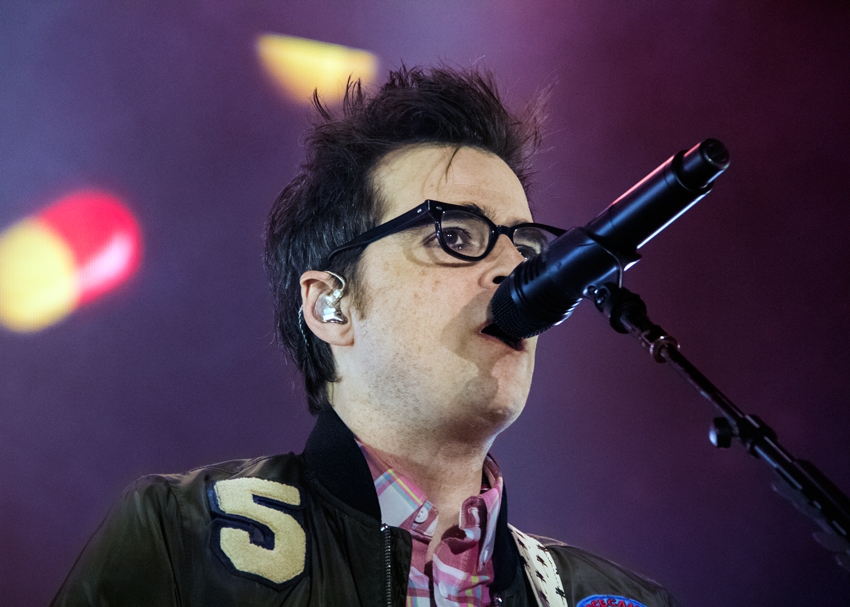 Summer is finally in full swing in Vancouver, and with the sunshine comes great music. Three bands showed at Deer Lake Park to play over the weekend: Andrew McMahon, Panic! At the Disco, and of course the headliners of the evening, Weezer. Their performance was delayed for over a full hour due to a "technical delay" along with a long lines waiting to get into the festival-concert grounds, which soured peoples' mood.

But the show eventually got going, and with each song, the crowd was slowly won over. By the time Weezer stepped on-stage fans had seem to have forgotten all about the earlier delay.

The set design was fairly simple. Apart from the four piece band and their instruments, the stage included two built-in street lights backed up by an enormous video screen and multiple streamer cannons.

Onstage, Rivers Cuomo (lead vocals) was backed up by Patrick Wilson (Drummer), Brian Bell (Guitarist), and Scott Shriner (Bassist / Vocalist). Rivers, now in his mid-forties looked better than ever and was still rocking it on vocals.

The band introed with California Kids followed by one of the band's biggest hits, Hash Pipe. The song put fans into overdrive. From seemingly nowhere, a handful of oversized beach balls appeared throughout the crowd. And it seemed as if everyone took part in knocking them closer and closer towards the stage. Eventually, the beach balls ended up on stage in increasing number, to the point that security had to step in to deflate them. Multiple streamers were continually shot into the crowd. Both the balls and streamers made for a colourful mess which everyone welcomed, and it was clear that Weezer came to entertain.

Each subsequent song had its own unique video. If you weren't already mesmerized by Cuomo's extraordinary voice or the band's mind-melting shredding, each video made sure to keep all eyes on the stage. The video content ranged from a beautifully animated sequence of infinitely filled ice cream cones and flavours to the patriotic, perhaps U.S. election inspired clip to I Love the USA.

It seemed as if every subsequent song sung was a hit. This became more and more evident as the crowd seemed to mimic Cuomo's performance, sometimes outsinging him on-stage. Cuomo didn't seem to mind, and in fact sometimes encouraged the the sing-along by stepping away from the mic and admiring the crowd. The band closed up their set with Island in the Sun and Say It Ain't So — both not the liveliest of songs, but they had everyone hooked.

For the final encore, Cuomo sang Buddy Holly, one of their earliest and best known songs. Earning them a ranking on two prestigious musical charts, the Rollings Stones' Top 500 songs of all time and VH1's Top 100 greatest songs of the 90's. For anyone born in the 80's, who grew up in the 90's listening religiously to Weezer's Blue Album (arguably their best), it was a fantastic way to end the evening.