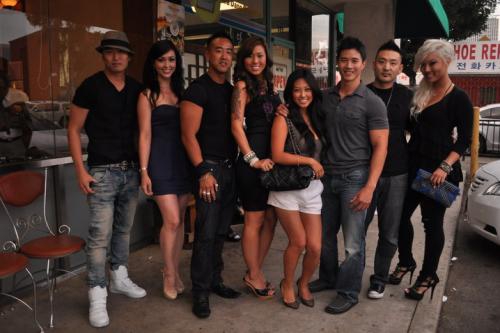 The Four Horsemen of the Apocalypse are coming to Canadian TV. Last week MTV announced a new reality show called K-Town, an Asian version of the super-trashy Jersey Shore. With a cast of eight living and partying together in Koreatown, L.A., K-Town threatens to “show Asian Americans like they’ve never been seen before to the rest of the world.”

The second Horseman arrived July 21st, with Rogers Communications Inc. deciding to cut back the amount of data its Internet subscribers can download each month. The move comes just two days after Netflix announced it would start offering a Canadian version of its popular video streaming service in the fall. Consumer advocates believe Rogers, one of Canada’s largest cable TV and Internet companies, is trying to outfox Netflix by making users less willing and able to stream movies and TV content online.

In the third bit of bad news, call-backs for Wipeout Canada took place on Thursday (July 23rd) at Richmond’s River Rock Resort. About 45,000 people signed up to be contestants, with 260 selected for call-back. The show is a Canadian take on the U.S. game show where contestants humiliate themselves on a ridiculous obstacle course to win $50,000.

And the most ominous sign of all: that same day (July 23rd) CBS announced that prepubescent pop idol Justin Bieber will make his acting debut on the season premiere of CSI on September 23rd. The Stratford, Ontario-born Bieber will play a “troubled teen… faced with a terrible decision regarding his only brother.”