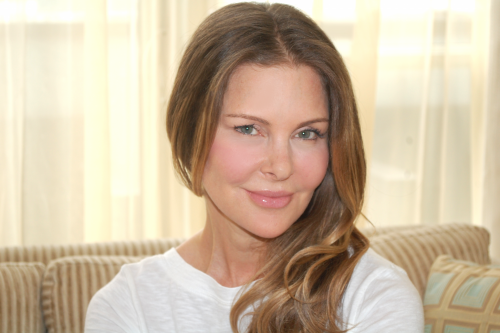 Real Housewives of Vancouver star Mary Zilba may be portrayed in the series premiere as a woman suffering from a devastating divorce, but she's not in need of anyone's pity. She credits the show and her hectic schedule for helping her get over her heartbreak, but her ex-husband still plays a large role in her life. And that's just the way she likes it, she said, because it's important for the boys to have their father around.

The former Canadian pop singer said that her proudest achievements are not her eight albums nor her beauty queen award, but her role as a mother.

"My greatest accomplishment will not be music, will not be anything else I do --  it will be that hopefully I've taken three little boys and made them into great men," Zilba said.

Last year, she said, her son walked by a homeless person and -- quite literally -- gave him the coat off his back.

See more
Singles vs. couples: who is really happier on Valentine's Day?
The crucifixion of women at the grocery store checkout line