Agokwe tells a powerful tale about gay love on the rez

The Vancouver premiere of the one-performer play promises to wow critics and audiences alike. 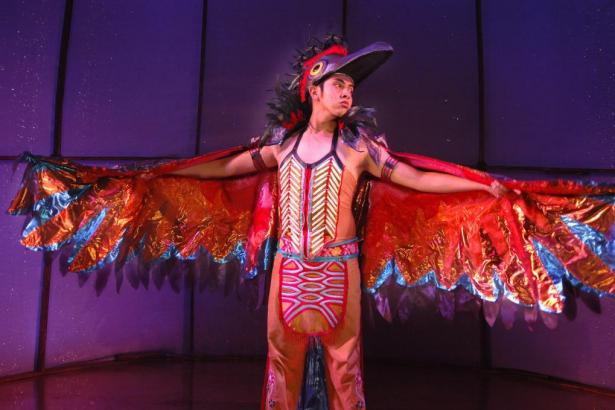 The six-time Dora Mavor Moore Award winning theatre production, Agokwe (pronounced Agoo-kway), will be in Vancouver from January 17 to 22 at The Cultch. Agokwe, written and performed by young Ojibwa artist Waawaate Fobister (Death of a Chief - NAC/Native Earth Performing Arts), is a star-crossed, queer love story about two teenage boys from neighbouring reserves, bound by their mutual love for movement.

The play originally began as a short monologue that was developed into a 75-minute long theatre piece through the “2006/2007 Young Creators Unit” of Toronto's Buddies in Bad Times Theatre company. As part of the program, Fobister was teamed up with award-winning director Edward Roy (The Other Side of The Closet, and A Secret Life), renowned for his provocative, rhythmic and visually-rich productions.

Agokwe, meaning “wise woman” or “two-spirited,” was inspired by Fobister’s own experiences. The play tackles issues of social isolation, lost traditions, and homophobia. Fobister’s revealing, brave, and witty characters weave a bittersweet social commentary about a community struggling to redefine itself.