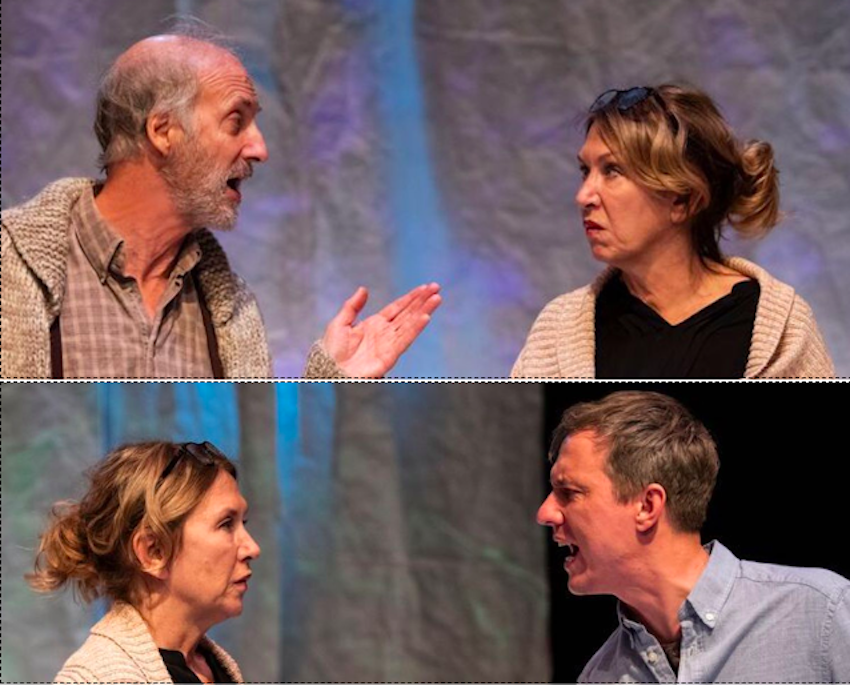 When he wrote An Enemy of the People in 1882, Norwegian iconoclast Henrik Ibsen pronounced himself “still unsure as to whether I should call it a comedy or a straight drama.”

It details a whistleblowing medical doctor who warns a fashionable spa about a toxic emergency in its water supply. Instead of the expected gratitude, his alarms are greeted with near universal denial and opprobrium. Erstwhile friends ditch him and, in a quasi-judicial proceeding, stir up a rally-style mob to ostracize him in his native town.

So what’s so funny about that? Well, for one thing, there’s the way Ibsen satirically skewers the slimy ratiocinations used by the town’s mayor, business boosters and pandering press corps to cloak their venal self-dealing as lofty public interest as they wave away the good doctor’s inconvenient truths.

Then, too, there’s the play’s ecological subtext – unprecedented in the 19th century and more urgent than ever today. There’s something innately comedic about “ecocentric” drama, academics (rather mirthlessly) contend. Nature gets the last laugh and humans, for all their silly twists and turns, must simply accommodate in the end.

Contrastingly, “anthropocentric” drama presents the “tragic” spectacle of humans setting themselves up to heroically defy The Gods, on principle, whatever the cost. By this reckoning, Ibsen’s doctor could be just as readily depicted as a tragic hero, defying the God of malleable mob rule for the principled sake of Truth (capital ‘T’).

Which is how the script has mostly been played over the past century and a quarter, especially since its more modern translation by American theatre icon Arthur Miller at the onset of McCarthyism in 1950.

And yet the apostle of Truth is always at risk of slipping on banana peels of small-t truths. And that’s what capital-N Nature is made up of, including the quiddities of small-n human nature. So there’s room here for comedy to reassert itself.

As it has, advertently or not, in the current production. Firehall artistic producer Donna Spencer, who directed, adapts her script mostly from the Arthur Miller version, but streamlined for contemporary reference (e.g. retitling it in Trumpspeak as, simply, The Enemy).

She’s transposed the action to a dying timber-and-tannery town in Northern B.C. that’s pinned its commercial revival hopes on an over-the-top (and over-budget) touristy hotspring waterpark. And, for an overlay of gender politics, she’s recast her whistleblower doctor as a deadly earnest widow (Jenn Griffin) with a (possibly) lesbian roommate (Sharon Crandall) and a spitfire idealist daughter (Agnes Tong).

Ranged against them: the town’s mayor (Paul Herbert), who happens to be the doctor’s rivalrous elder brother; the Business Chamber chair (Donna Soares), who’s been feminized into a “lean-in” style glass-ceiling skimmer; and a sycophantic blogger (Daniel Arnold) with journalistic pretensions. Then there’s the doctor’s own father-in-law (Peter Anderson), a snide and miserly moneybags who bottom-fishes a trawl net full of devalued waterpark shares, lumbering her with an unearned taint of insider trading.

The actors gamely engage with the dialogue, which sometimes sounds inescapably stagey and dated even in the Miller translation. Such stilted diction, of course, sits better in the mouths of the obfuscators, dedicated phoneys that they are. Herbert’s smarmy mayor is a classic baby-kissing pol, Soares plays a kid-gloves assassin and Arnold’s “newsman” is a will-o’-the-wisp posing as an eagle.

It’s harder for the whistleblowing faction. Crandall, the roommate, simply flutters about the margins, her brow sweetly furrowed with concern. Tong prances from scene to scene on her moral high horse – the second time in a month we’ve seen her in such a role. She does umbrage to a turn; we look forward to finding out what else she has in her repertoire.

And Griffin, in the starring role, has the hardest job of all. In her tragi-comic duality, she has to stand as both the rock and the hard place of the story’s central dilemma. She manages this with a kind of poleaxed stolidity that, I felt, tipped the play a bit more on the comic side of Ibsen’s finely balanced teeter-totter.

All the more impressive, considering the aptness of the script in our own dark era. It’s not just the onrushing – and catastrophically denied – eco-catastrophe. There’s also the tyranny of the ditto-head swarm, the hypnotic lull of double-speak, the brazen corruption and rampant patriarchy.

Yet all this may pass, as Spencer’s Firehall production reminds us. The very stagecraft itself somehow bespeaks evanescence and flux – video designer Pedro Augusto Meza’s rippling projection of a nauseously greenish streambed on a crinkly scrim, and sound-designer Alistair Wallace’s incessant “ding-dong” doorbells and phone rings for each new entry/exit or plot-point.

A timely reminder to respect small-t truths as they come and leave the rest to small-n nature.