Was Canada’s refugee system a success or failure in the case of Lai Changxing?

The recent deportation of one of China’s “most wanted” criminals from Canada raises important questions about Canada’s refugee system.

Lai Changxing (aka Lai Cheong Sing) came to Canada in 1999, fleeing his homeland after being accused of masterminding a large scale smuggling ring with links to the highest levels of the Chinese government. Canada rejected Lai's appeals for refugee status, but also delayed sending him back to China on grounds that his life could be in danger if he returned. Now, after an 11-year-legal battle, he has been deported and arrested in China.

It took too long, it cost too much, there are too many loopholes, went the media chorus. As I answered media queries and commented on the case, I found that it took some time to challenge the media (and perhaps the public?) frame on the issues involved.

I am not surprised by the frustrations of the public and media regarding this case. On a scale of 1 to 10, with 10 being the most complex of refugee cases, the Lai case is more like a 12. Only the most experienced of the refugee lawyers in Canada would even dream of taking on such a case, let alone advocating as effectively as his lawyers did. It is a complex stew of international and domestic law and deals with the very foundations of what we consider to be the rule of law.

Oh, by the way, it involves a super power, China. A country we are told we have to keep happy if we want to enjoy economic prosperity.

The media has tried to draw links between the coincidence of Lai facing removal from Canada at the very moment that Canada’s Minister of Foreign Affairs, John Baird, was visiting China to enhance China-Canada relations. Baird and others have denied any link, though this didn't stop his not-so-subtle signals of the Canadian government’s displeasure with Lai.

The road to his deportation has been a long one. Lai filed a refugee claim in June 2000, after fleeing from Chinese authorities. His refugee hearing was not scheduled until 2002, and it took 45 to be heard. His claim was denied, and he appealed to various levels of court.

Denied refugee claimants are given one last chance to make an application for a Pre-Removal Risk Assessment (PRRA) before they are removed from Canada. The PRRA is like a final safety check to make sure that the person being returned will not face a risk to their life.

In the case of Lai, his PRRA was filed in November 2005 and denied in March 2006. He appealed again, and his appeal was found to be valid by a Federal Court judge in April 2007.

The Federal Court basically asked the Canadian authorities to reconsider Lai’s PRRA because China could not be trusted to uphold human rights norms.

Four years later, in July 2011, his PRRA was denied a second time, and he once again faced deportation to China.

It was this final deportation attempt that was successful.

Quite the saga, but a careful review of the time line shows that of the eleven years which elapsed, it took two years to schedule his refugee hearing, three years for his appeals to be heard, and more than four years for his second PRRA decision to be made.

All in all, it would be hard to blame Lai for that nine-year period. A Federal Court judge actually agreed with him at one stage, and there has been no suggestion from the decision makers that there was an abuse of the process or foot dragging. Various immigration and enforcement agencies viewed Lai as a priority case and appear to have treated it as such. 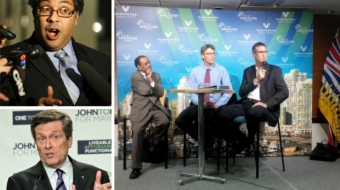 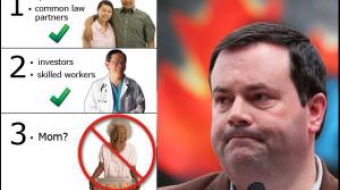 Are parents third-class citizens in Canada?

If immigration minister Jason Kenney’s musings are to be enshrined in policy, it seems that parents (and grandparents) who wish to immigrate to Canada will soon become a third class of...
Zool SulemanOct 21st, 2011 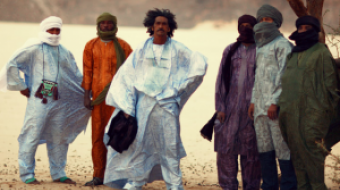 As the 34th Annual Vancouver Folk Music Festival came to a close on Sunday, tales of troubles at the Canadian border became a common theme. By the end of this year’s Festival, some members of the...
Zool SulemanJul 21st, 2011
Speak up about this article on Facebook or Twitter. Do this by liking Vancouver Observer on Facebook or following us @Vanobserver on Twitter. We'd love to hear from you.