SFU study shows that the Harper government's attack on pipeline opponents as "radicals" was simply inaccurate. 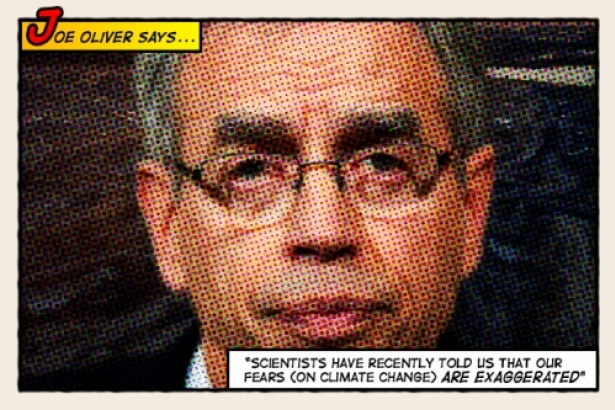 Yesterday, the Vancouver Observer reported that the president of Kinder Morgan, the company proposing to double its pipeline running from the tarsands to its Burnaby facility, said the Harper government had made matters harder by attacking opponents as "radicals" and enemies of the state.

A new working paper produced by a Simon Fraser University researcher shows that the government's claims were also imaginary, as most environmental protesters attempting to block oil pipeline projects, such as those proposed by Northern Gateway and Kinder Morgan, are mainly "mainstream British Columbians".

John Axsen, who authored the study, is an assistant professor in SFU’s School of Resource and Environmental Management (REM) in the Faculty of Environment.His paper, Citizen Acceptance of new fossil fuel infrastructure: Value theory and Canada’s Northern Gateway Pipeline, finds that 54 per cent of British Columbians believe the pipeline project comes with “unacceptable environmental risks.”

The finding comes out of a web-based survey of more than 2,500 Canadians’, including 813 British Columbians’, perceptions of the Northern Gateway project’s risks and benefits. Axsen’s survey also polled attitudes towards Alberta’s oil sands.

Northern Gateway, proposed by Calgary-based Enbridge, would deliver 525,000 barrels of petroleum daily from Albertan oil sands to a tanker terminal in Kitimat, B.C. for export overseas.

Axsen hopes his research will help Canadian and American policymakers and stakeholders to better understand citizens’ values and priorities. The researcher draws from economics, psychology, sociology and engineering to investigate the nexus of technology, environmental policy and consumer behaviour.

Axsen’s survey polled a diverse representation of Canadians in all provinces, except Quebec, based on age, sex, income and education level. He was surprised by the enormous regional variations in citizen support.

“B.C. is the only region where citizens are more likely to oppose the pipeline,” says Axsen. “Alberta citizens are obviously much more supportive, but even central and eastern Canadians are relatively supportive. It’s like we are on our own out here.”

Only 32 per cent of Albertan respondents felt the pipeline comes with “unacceptable environmental risks.”

Axsen also found that pipeline support is related to individual values in both regions. Citizens who placed higher importance on the preservation of the biosphere and altruistic goals, even in Alberta, were more likely to oppose pipeline projects and expansion. Citizens emphasizing traditional or egotistic, self-focused values, even in B.C., were more likely to be supportive.

Axsen based his assessments on common psychological question scales that measure human values. For example, the scale of “traditional values” is based on the importance that citizens place on self-discipline, restraint, family security and respect for parents/elders.

“These survey results underscore that protesters’ demands and concerns in B.C. are not necessarily extreme viewpoints from extreme people,” says Axsen. “Rather, these acts of resistance are reflective of what most British Columbians seem to want: to stop a pipeline that poses too much risk for B.C.’s natural resources.”

The journal Global Environmental Change is currently reviewing Axsen’s working paper, which is publicly available, for publication. He will present his study at the U.S. Transportation Research Board’s National Academy of Sciences annual international conference in Washington, D.C. in January.

Simon Fraser University is Canada's top-ranked comprehensive university and one of the top 50 universities in the world under 50 years old. With campuses in Vancouver, Burnaby and Surrey, B.C., SFU engages actively with the community in its research and teaching, delivers almost 150 programs to more than 30,000 students, and has more than 120,000 alumni in 130 countries.