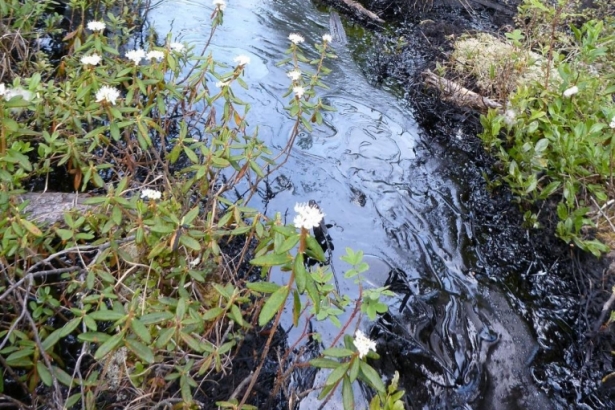 Last week, after a frenzy of press coverage of the ongoing underground bitumen spill at the Cold Lake Air Weapons Range, CNRL, the company responsible for the spill, released a press statement suggesting the incident was contained.

“Each location has been secured and clean-up, recovery and reclamation activities are well underway,” the press release reads.

Cara Tobin from the Alberta Energy Regulator (AER) says the spill is still ongoing and has yet to be brought under control.

AER updated the total volume released on Friday to 1060 cubic metres – just over 6600 barrels of oil or more than 1 million litres. The volume of the Kalamazoo tar sands disaster, the largest and most expensive on shore oil spill in US history, was around 3 million litres.

The original incident report claimed only 28 cubic metres of oil were released.

A recent Alberta Primetime exclusive shows a large body of water affected by subsurface seepage of bitumen. CNRL incident commander Kirk Skocylas says one area of the spill is emerging from "a subsurface source" and "because it is within the water body we physically can't see where it is coming up."

“Clean up is ongoing,” she added. “CNRL is working diligently to clean up the release.”

This spill, says Tobin, “is in the same operational area” as a similar release CNRL experienced in 2009. “These are releases coming up from basically cracks in the ground, not from the well pad.” CNRL told DeSmog Canada there is "absolutely no connection" between the 2009 incident and the ongoing release.

The Alberta Energy Resources Conservation Board, now the AER, released a report in 2011, which found numerous investigations into the 2009 spill inconclusive, although several causes, such as underground fractures, were cited as possible explanations for the release.

As for the cause of CNRL’s current ongoing bitumen release, Tobin says it is too early to say what may be the cause.

Last week CNRL stated “mechanical failures of wellbores" were to blame for the spill although Tobin says “we do not have the technical data or evidence to verify what that cause might be – what that cause or causes might be. We will determine that through our investigation process.”

An earlier version of this article used the word "geyser" to describe the spill.  The editor has changed this to more accurately reflect the situation.