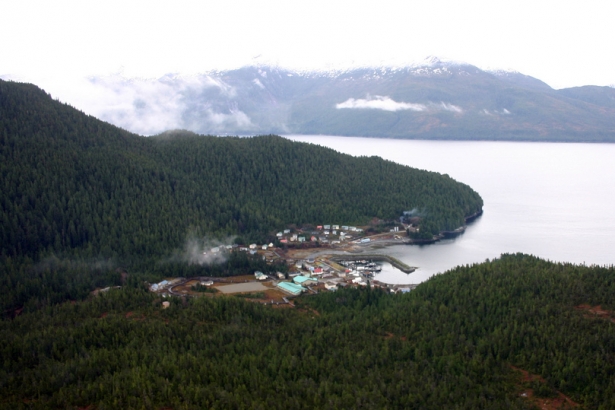 The Gitga’at First Nation announced today that the band has instructed Enbridge to leave its territory after the company and a team of oil spill response surveyors showed-up uninvited, during the nation’s annual food harvesting camp, a time of rich cultural activity and knowledge sharing.

Enbridge representatives were instructed to leave Gitga’at council chambers and Gitga’at territory, Wednesday morning, after councillors voiced their displeasure at not being consulted on an Enbridge oil spill response survey.

The dust-up comes on the eve of final oral arguments before the Joint Review Panel, which is reviewing the proposed Enbridge Northern Gateway pipeline.

“Despite an ongoing review process, Enbridge has entered our territory and begun project work before their proposed oil tanker and pipeline project has even been approved,” said Arnold Clifton, Chief Councillor of the Gitga’at First Nation in a press release.

“This is disrespectful to the Gitga’at First Nation, the review process, and the people of British Columbia, who oppose oil tankers in our coastal waters.”

“Four years ago when Enbridge CEO Patrick Daniel and Northern Gateway President John Carruthers visited Hartley Bay, we treated them respectfully, but informed them in no uncertain terms that their project is not welcome in Gitga’at Territory. We reminded their staff of that today,” said Clifton.

Enbridge signaled its intention to enter Gitga’at territory by sending an after hours fax without proper contact information, less than a week before their arrival, and without prior consultation, Clifton said. The fax also mistakenly included a letter addressed to Chief Councillor Conrad Lewis of the Gitxaala First Nation, which the Gitga’at returned to Enbridge.

“This incident shows not only the failure of Enbridge to meaningfully consult, but also indicates an insensitive, scatter-shot approach to dealing with First Nations. We remain resolved to protect our territory and people from this project.”