Second in a three-month series.

For the past 25 years, Metro Van has operated an incinerator in Burnaby. The facility is run by Covanta, one of the world’s largest waste-to-energy operators. It burns 800 tonnes of garbage a day and produces enough annual electricity to power 16,000 homes. The incinerator produces 130 tonnes/year of “bottom” ash as a residue, which is either buried in Cache Creek or used in road building, and 30 tonnes of “fly” ash. The fly ash contains dioxins, furans and nitrogen oxide (NOx), most of which is captured by a flue-cleaning system, treated and trucked to Cache Creek.

The incinerator operates under strict environmental guidelines and according to Metro Van, “carbon monoxide emissions (greenhouse gases) from the WTE (waste-to-energy) facility are at approximately 20 per cent of regulatory limits.”

“We’ve had the Burnaby incinerator without any complaint since 1988,” says Brodie.  “Since that time we’ve spent some $60 million upgrading it over a period of time to meet the latest environmental standards. And under the latest plans, we plan to spend another $30 million. The minute amount of pollution it causes is going to be reduced substantially.”

As the region’s population and garbage stream grows however, Metro Van plans to spend $480 million to build one or more waste-to-energy facilities either inside the Metro Vancouver district, or outside at a new location. The incinerator would burn 380,000 tonnes of garbage annually. This is on top of the existing 280,000 tonnes that are burned annually at the Burnaby incinerator. 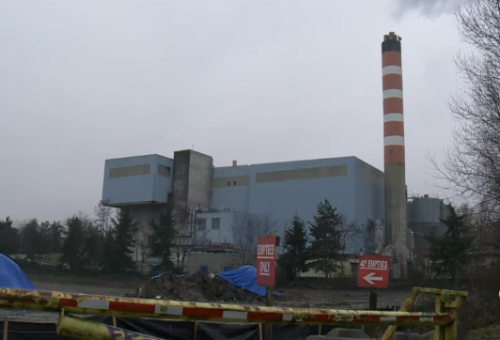 Burnaby's incinerator, run by Covanta, one of the world’s largest waste-to-energy operators.

The plan for a new waste-to-energy facility has sparked anger among private businesses, environmentalists and Metro Van’s neighbours to the east, the Fraser Valley Regional District, each one for separate reasons.

Belkorp and other waste management companies are vehemently opposed to incineration, calling it a waste of valuable resources. They’ve lined up to speak at Metro Van’s Zero Waste Committee meetings in the past in an effort to stop what they say is a headlong, eyes-closed approach to waste management.

“They’re committed to doing this and are well on their way to spending $10-20 million already. They’re about to option land. I think it’s very difficult for them to turn around and say ‘let’s stop’. If I was sitting back looking at this from 30,000 feet I would say why not let the private sector make these investments and let’s see what they can do.”

”You can bury the bag, burn the bag or break the bag,” says Black. “What we want to do is break the bag, take the recyclables out of it and only landfill what is a very inert material at the end of the day.”

Elsewhere, environmental groups such as Zero Waste BC are criticizing Metro Van for including incineration in future solid waste plans, calling it “a major step backwards for efforts to achieve zero waste.”

Under the current Metro Van solid waste plan, a final decision on any new waste-to-energy incinerator will be made by 2015 with the project complete by 2018. Nine companies have been shortlisted in the process to select a new operator with sites being identified in Vancouver, Nanaimo, Delta and Port Melon.