Running your home for the cost of powering a hair dryer and slapping Peak Oil in the face. This is the Passive House revolution, and it's sexier than you think. 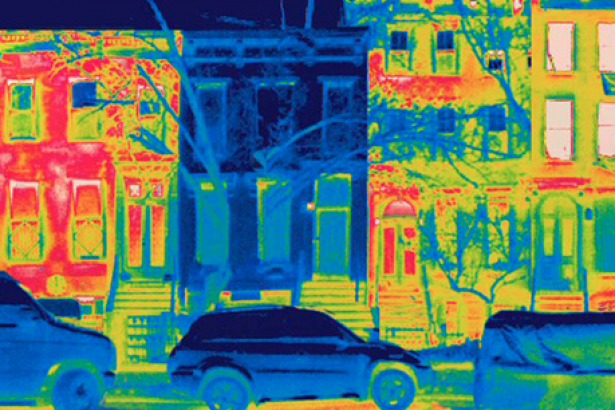 Design firm Fabrica718 retrofitted a 120-year-old Brooklyn brownstone to Passive House standards, a first for NYC. The house's heat signature is radically smaller than those of its neighbours. (Detail from thermal image: sgbuild.com)

Imagine owning a home that you could heat for cost of running a hair dryer. Not only is it possible, but it's nearly as affordable as a regular, less-efficient home. This is the Passive House (PH) concept, and it's driving a revolution in architecture and construction.

When energy-efficient housing reaches critical mass, we can break the fossil fuel industry's stranglehold on our economy just by coming home from work. First, we have to know what a Passive House is. Then we must be able to afford one.

The Canadian Passive House Institute (CanPHI) convened the Passive House North 2013 in Vancouver over the weekend, bringing architects, construction professionals, and city planners together to brainstorm the solutions to these problems.

What the hell is a Passive House?

A Passive House is one that meets particular standards of space heating/ cooling demands, air-tightness, and total primary energy demand. It's not a particular style of house built by a particular company, but an exacting standard of energy-retention efficiency. The focus is on the building envelope, or the outer shell of a house or building. The thing that keeps the rain off of your stuff.

Just get it done

The end result is all that matters in meeting the Passive House Standard. You can design it however you want, and build it from whatever you like; as long as it meets the PH Standard.

You want to insulate using wood? Okay. Foam? Sure. The fur from shaved raccoons? Fine, as long as you can wrangle enough raccoons to shave. Dr. Wolfgang Feist, head of the Passive House Institute and co-inventor of the Passive House Standard, confirmed this: "We've even seen steel constructions." 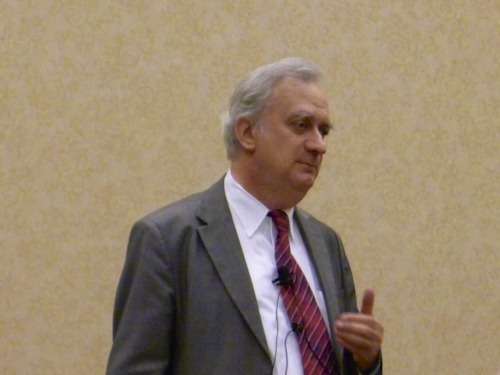 Besides the construction materials and shape, Passive House designers must look at how the heating and cooling is managed. HVAC, then, is out of the question. HVAC may do heating, ventilation, and air-con; but it doesn't do any of them particularly well. As mechanical systems designer Henry Gifford put it, "I like my oatmeal, I like my pizza, I like my Chinese food. I never mix them." Instead, you build in a heat exchange system that does not require a furnace.

Can we open the windows?

One of the myths of ultra-efficient buildings is that you can't open the windows; another is that the architecture must be boring. You can indeed open the (triple-paned_ windows, and Tomas O'Leary of Passive House Academy was quite clear in denouncing the "constipated architecture" often associated with ultra-efficient housing.

Forget about the planet, think of the savings

O'Leary said that the Passive House Standard "is not about saving the planet, it's about stimulating the economy." Ireland's Labour Market Activation Fund sponsors Passive-House training for unemployed construction workers.

PH is a no-brainer, O'Leary insisted: "We've got to get our heads out of our— the sand." 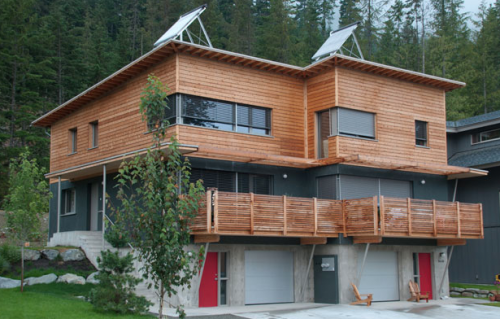