'Worst' of climate predictions are the most likely: new study 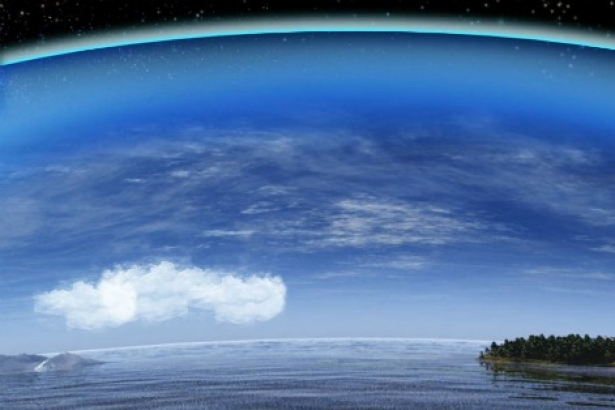 New research predicts that global temperatures will likely rise at least 4°C by 2100 and potentially more than 8°C by 2200 if carbon dioxide emissions are not reduced and serious actions by governments and society are not taken. (Photo: LiveScience.com)

New research by a team of scientists looking at the impact of cloud behavior on planetary climate change says that "the worst" and "catastrophic" predictions offered by previous studies on the rate of global warming this century are much more likely than the less severe scenarios offered by others.

According to Dr. Steven Sherwood, lead author of the study and a specialist in climate and cloud formations at the University of New South Wales in Australia, cloud patterns in an increasingly warming world are likely to exacerbate global temperature increases overall, not mitigate warming as some models have suggested.

"This study breaks new ground twice," Sherwood explained in an interview with the Guardian. "First by identifying what is controlling the cloud changes and second by strongly discounting the lowest estimates of future global warming in favor of the higher and more damaging estimates."

The research predicts that global temperatures will likely rise at least 4°C by 2100 and potentially more than 8°C by 2200 if carbon dioxide emissions are not reduced and serious actions by governments and society are not taken.

Such drastic increases, Sherwood told the Guardian would be "catastrophic rather than simply dangerous."

Specifically, the study looked at how already warming temperatures impact the ability of clouds to form at high altitudes, because that ability can greatly impact the way in which large clouds help the planet reflect or absorb the sun's heat. One of the long-acknowledged shortcomings of other climate computer models—which drive much of the work of climate change predictions—is the difficulty of accurately projecting cloud behavior under complex, future conditions.

By tackling that problem, say Sherwood and his colleagues, their research "cracks open one of the biggest problems in climate science."

As the Syndey Morning Herald reports:

Will Steffen, an adjunct professor at Australian National University and a member of the Climate Council, said the paper was ''right out on the forefront of the sort of research we need to do on clouds''.

''The more we get research like from [Professor Sherwood] and his group, the more confidence we'll have in being able to say where in that range [the temperature increase] is likely to fall.''

The CO2 level of the atmosphere in 2012 was 393 parts per million, or 41 per cent higher than in pre-industrial times, the World Meteorological Organisation said. The level is rising at an accelerating rate - more than two parts per million a year - as humans burn more fossil fuels and cut down forests.

Global temperatures have risen about 0.8 degrees since about 1880, with system lags and air pollution reflecting sunlight partly explaining why the rise has not been higher. ''We've been hoping for the best and not planning for the worst,'' Professor Sherwood said.

''And now it's looking like the best is not very likely.''

In 2012, a study by the World Bank—an institution not typically known for sounding the alarm over industrial, human-caused  global warming—also said that a 4°C temperature rise was not only possible, but likely if humanity did not change course. According to Kim Yong Kim, the bank's president, the resulting impacts of a planet that warm would likely "make the world our children inherit a completely different world than we are living in today."

And those kinds of warnings only mirror the consistent and nearly unanimous consensus of the international scientific community when it comes to temperature increases that exceed the 2°C increase that world governments have set as the benchmark not to exceed this century. The problem, of course, is that no agreements or promises have resulted in actual emission reductions. In fact, annual global emissions continue to increase even as the warnings escalate.