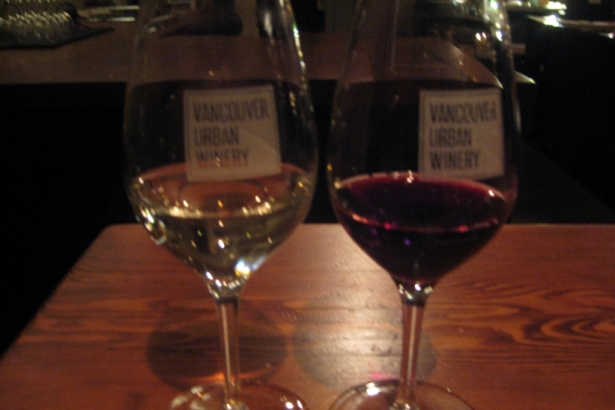 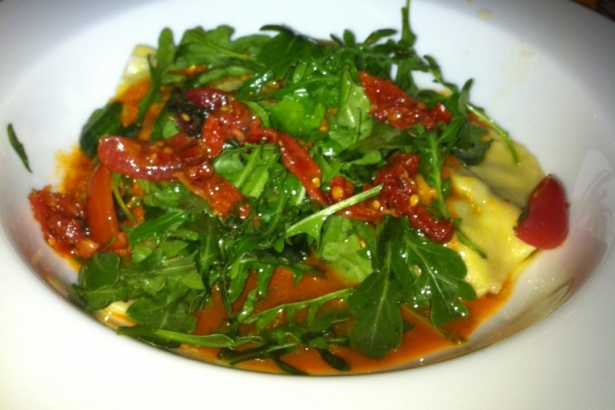 Among the events offered at the 2013 Dineout Vancouver events was the Railtown Supper Party at the Vancouver Urban Winery from January 21 - 23. This five-course and seven wine pairing long table dining experience is garnering buzz in Vancouver for its unique setting.

Aside from its beautiful interior, Vancouver Urban Winery boasts retail wine sales of its own Roarin’ Twenties house label and rents out the building for events such as weddings. Vancouver Urban Winery operates a full service: it manufactures, packages, imports and distributes wine. It offers 36 British Columbia wines on tap, with its system known as freshTAP, also based in Vancouver.

The venue itself is outfitted with massive stainless steel casks and oak barrels. Once inside, you are surrounded by 24 foot ceilings, exposed wood beams and skylights. There is a cozy corner to sit by the stone fireplace and the whole place feels like a warm, inviting place to hang out.

Created by a band of colleagues who wanted to bring a new dimension of wine tasting to Vancouver, Tony Trieu and resident sommelier David Stansfield work together to create events around the wine like the Railtown Supper Party.

Starting off the evening at the beautiful Vancouver Urban Winery’s Railtown Supper Party was the house label Roarin’ Twenties Sauvignon Blanc from the Marlborough region. You could also try its Malbec from the Mendoza region.

After a tour with Tony and Dave, I sat at the candle-lit communal table and heard about Chefs Eddie Szasz and Maria Huynh’s unique Italian and Asian take on the menu. The first course was salmon carpaccio, daikon and cilantro salad with a kaffir lime and lemongrass vinaigrette paired with Kraze Legs Pinot Blanc, with a light mouth feel and lively citrus notes like pear, apple, kiwi and lime.

This was followed by Mezza Luna al Oxtail, homemade half moon-shaped ravioli stuffed with oxtail braised with star anise and fennel and tossed with a ginger and thai basil tomato sauce. The ravioli was rich with flavour, but the edges of the pasta were a bit tougher. It was paired with a wonderful Nichol Vineyards Nine Mile Red blend and showed red fruits and herbaceous notes.

Dessert was a playful tiramisu cupcake with cardamom, cinnamon and mascarpone cheese frosting along with Pocky sticks and ladyfinger biscuit. We were served Road 13’s Honest John’s Red as the wine pairing with its delicious flavours of plum, chocolate and vanilla on the palate.

I met a few beautiful and fashionable people like Yen Le and overheard fun conversations about music and travelling. Don’t miss out on the next Railtown Supper Party with your friends.