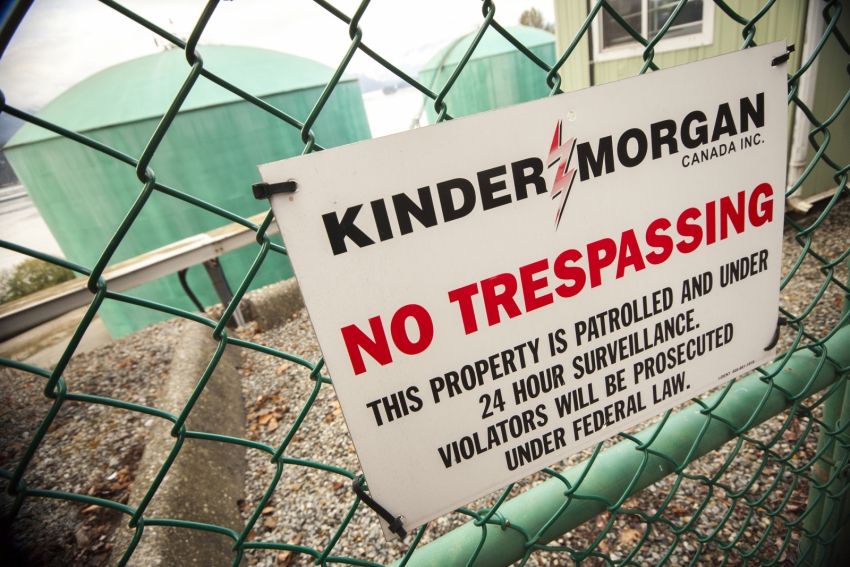 The existing Kinder Morgan pipeline runs 1,150 km. and transports both conventional crude and diluted oil sands bitumen from Edmonton, Alberta to the Westbridge Marine Terminal in Burnaby, BC. The oil is stored at the Westbridge Terminal and then pumped onto oil tankers that transport the oil to refineries in other markets outside of Canada.

In July, 2007 a road crew's excavator accidentally dug down and pierced the Kinder Morgan pipeline, causing a massive rupture that spilled more than 250,000 litres of oil into a Burnaby neighbourhood and 70,000 litres into nearby Burrard Inlet. The incident received international media attention as the oil shot into the air coating houses, cars, lawns and roads in a thick, black carpet of oily crude. An estimated 250 residents had to be evacuated and the clean up cost $15 million.

The 2007 pipeline rupture remains fresh in the minds of many residents in the City of Burnaby, including the long-serving Mayor of Burnaby, Derek Corrigan, who is a very vocal opponent of the pipeline and is enacting the jurisdictional means at his disposal to stop the expansion of the Kinder Morgan pipeline. The fear amongst Burnaby residents is that the expanded pipeline means more risk of larger pipeline ruptures occurring in the future.

As it stands right now, the 300,000 barrels of oil pumped from Northern Alberta via the Kinder Morgan pipeline requires approximately two oil tankers a week to ship the stored oil from the Westbridge Marine Terminal to foreign markets. The planned tripling of the transport capacity of the Kinder Morgan pipeline would mean that tanker traffic through the City of Vancouver's waterfront via Burrard Inlet would increase to as high as ten oil tankers a week.

This is a major concern for environmental groups, the local tourism industry, First Nations and other communities that rely on British Columbia's west coast waters, as increased oil tanker traffic means more risk of an oil spill.

You can click here and go to an index of all the Vancouver Observer stories on the Kinder Morgan Pipeline.