The visionary CEO of Women Moving Millions shares the inspirational story of how she went from finance to philanthropy. 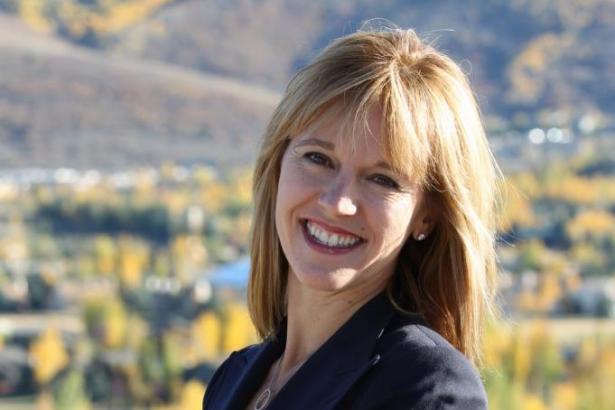 When Jacki Zehner was a little girl growing up in the Okanagan Valley, she loved watching TV shows featuring her favourite superhero—Wonder Woman.

Back in the 1970s, Wonder Woman was one of the few female heroines that girls could look up to. And for Zehner, the world of superheroes had a powerful allure.

“There’s just something about a superhero kind of story. You know, it’s about changing the world, it’s about your ego (except in the case of Iron Man, of course),” she said in an interview with the Vancouver Observer.

“It was just about hiding your true identity and just using everything you could—tapping into your powers, whatever they might uniquely be—to make the world a better place.”

That superhero mentality has stuck with Zehner throughout her career. The 47-year-old mother of two was the first female trader to be made partner at Wall Street investment firm Goldman Sachs in 1996, and she has since become one of North America’s most passionate advocates for corporate diversity and women in the workplace.

Today, she pursues these issues as the CEO of Women Moving Millions, a network of powerful female philanthropists who have each handed over million-dollar gifts to groups supporting the advancement of women and girls.

From finance to philanthropy

Zehner traces her career path back to her undergraduate studies at the University of British Columbia, where she was one of the first to be accepted into the groundbreaking Portfolio Management Program at the Sauder School of Business.

“It was a program which involved internships and students acting as real-life money managers,” she recalled. “I was just really fortunate to get into that program at the beginning.”

As soon as she graduated in 1988, Zehner landed an exciting new job as an analyst at Goldman Sachs in New York. The work was difficult, she said, but her colleagues were inspiring and generally supportive. By 1996, she had become a trader and a partner at the firm—a remarkable feat for a woman at that time.

But despite Zehner’s own success, it was getting increasingly difficult to ignore the lack of estrogen around the office.

“Because there were so few women in finance, and especially very few in trading, I got very involved in the firm’s recruiting initiatives and diversity initiatives in general,” she explained.

“This was sort of ‘way back when’, before most organizations even had formal diversity programs associated with their HR functions.”

As the company’s so-called “poster child” for gender diversity in a male-dominated field, Zehner said she felt compelled to question the status quo and to help support other female colleagues.

“Obviously, I had a good experience because I ended up a partner at a very young age. But I also very much witnessed that what was true for me was not necessarily true for everyone. And therefore, I really cared about using my position and my leadership to try to make it more of a meritocracy for everybody,” she said.

“And then since leaving Goldman, it’s just become my life’s work, so to speak.”

Zehner’s stint at the firm ended in 2002, in the midst of what she describes as an “obsession” with women’s rights and leadership. At the time, she was raising two young kids with her husband, so a shift away from the long hours and corporate pressures was a welcome change. (Zehner also jokes on her blog that she really left Goldman Sachs to work on a screenplay for the feature film version of Wonder Woman)

“[Circle Financial Group] really was just sort of a home base, from which I started my philanthropic journey—serving on boards of organizations, and making grants and giving money in the nonprofit space to programs and organizations that work for women’s advancement,” Zehner explained.

Now, ten years later, working for women’s advancement has essentially become her full-time job. As the president of the Jacquelyn and Gregory Zehner Foundation, she has consistently focused her giving on this particular area. And while Zehner admits there has been some progress, she says the statistics around women in corporate North America are still quite disconcerting.

All new world for women in business