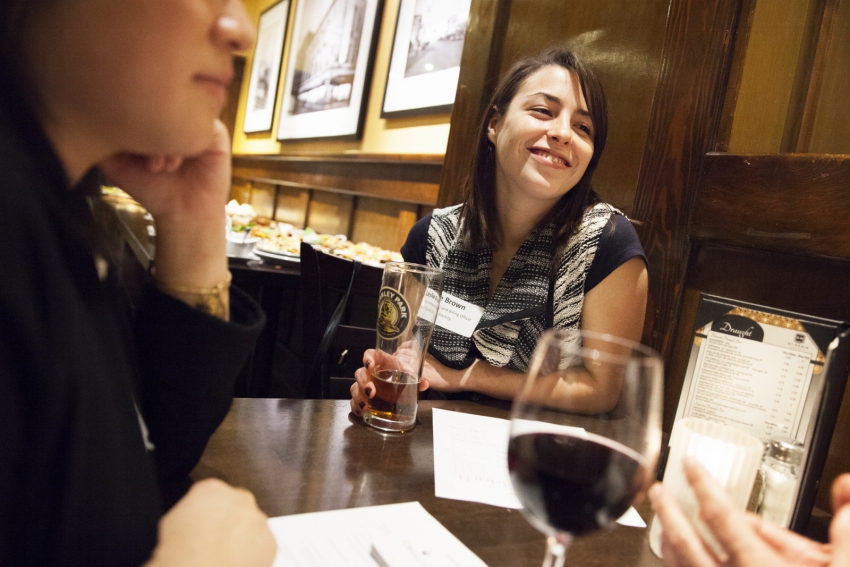 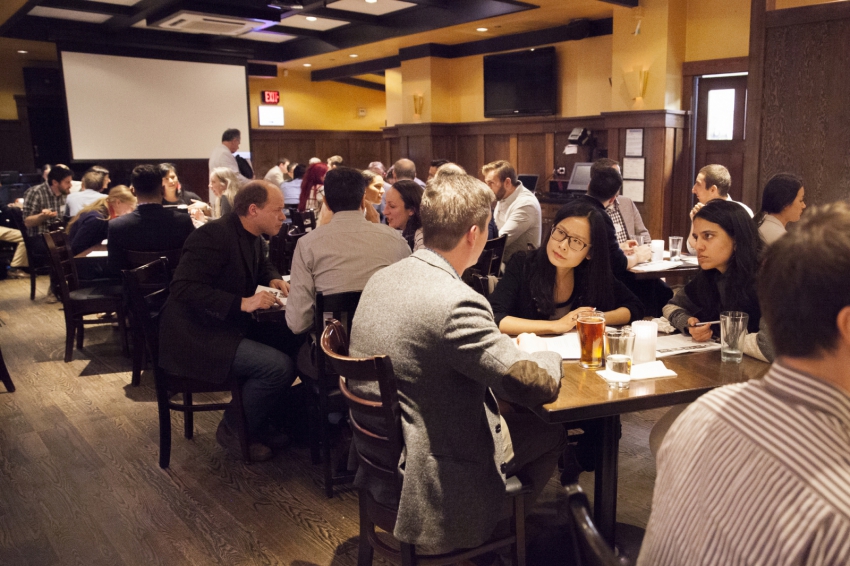 Valentine's Day weekend question: would you date someone who doesn’t share your environmental beliefs?  Does your romantic target need a greenhouse gas target?

That’s what we asked the attendees at the BC Sustainable Energy Association’s speed mentoring event at the St. Regis Bar and Grill recently.

But there were beverages.  And there were eligible people, willing to talk about romance among the environmentally inclined.

Twenty-something Ingrid Bruel says it’s a no brainer for her.

“I definitely would not [date someone with different environmental views]!  Or I’d try to switch their viewpoints and practice my arguing skills,” she said.

She added, she gets "touchy" about potential partners who promote jobs over the environment.

“I think ignorance is a lot easier to accept, because it lets me trying to get in there and influence a person, or maybe even if they had opposing views and were well read, and they could argue their point of view,” she continued. 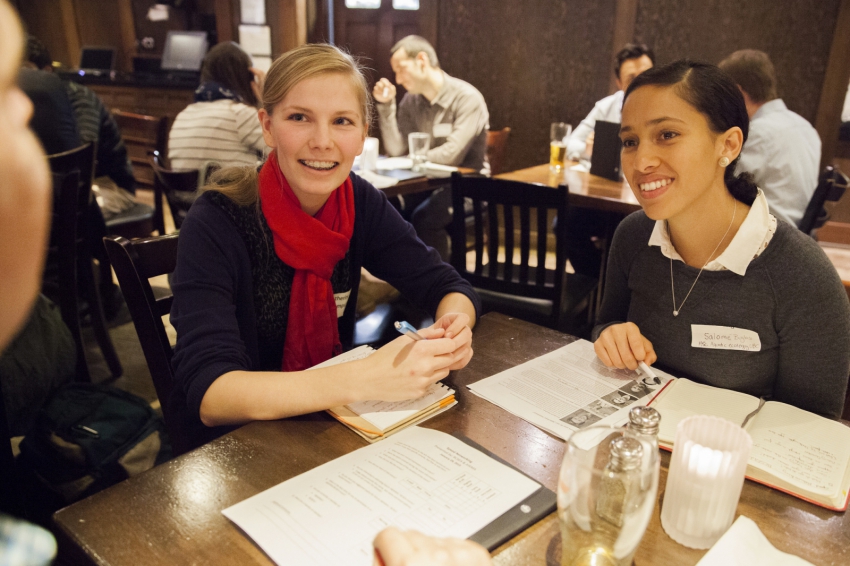 “I could argue and have a conversation with that person, and that would ultimately lead to them switching, at least I would respect them for having their logical opinions.”

Industrial engineer Charles Froehlich said having a similar level of passion for the environment is key in love.

“I absolutely think it’s important to kind of be with or date someone who at least is open to being as environmentally conscious as the other individual in the couple,” said Froehlich.

“I think that in order to be on the same page for various things like sustainability, recycling, conservation, I think they do have to.”

BC Sustainable Energy Association’s CEO Nigel Protter said a shared passion for stopping global warming in not the end of the world.

“It doesn't matter.  All that matters is the person is not a psycho-path.  Then you have something to work with.  And they can't be an enviro-path either," he said with a laugh.

“I’m thinking long term here. You gotta find the right person. And if environmental values have to be shared, how do you go about it? I don’t know, that’s a big difference right?”

BCSEA organizer Veronica Owens said she would definitely date someone with opposing views.

“I kind of feel like not everything in dating or living a life together is about your belief system,” she said.

“But for me personally, it would be pretty difficult to be in a long term relationship with someone who didn’t care about the environment at all and wanted to destroy it. And I think that eventually that would cause us not to be together anymore."

"But I think if you are with someone who has different beliefs than you, but are open to changing and trying new things then that can work.”

The general consensus of the night was that the topic of climate change would be the biggest game changer.

“That would be a pretty big,” said Alessandro Deviato “if they didn’t believe in global warming.”

Having an open mind is key for Liam Duff, “If someone has an open mind and are learning, rather than learning a view and sticking to them.”

Accountant Alex Butz also says a climate denier is the ultimate no-no in a relationship.

“I would have a terrible time with it.  Currently, my girlfriend is all climate change, and she actually got me hooked on it,” he mentioned “but yeah, no way!”

Many of the younger attendees, on the other hand, said they’re remaining neutral.

“I think as long as they have a rational reason to why they believe what they believe then I’m willing to forgive certain things,” said Maggie Stewart.

“I think having differences with your significant other is important and continuous discussion is important, but if it becomes a conflict on a regular basis, then I would draw the line.”

Special thank you to the BC Sustainable Energy Association.