North American consumers are all worked up about “pink slime” in beef. But the product isn’t used in Canada, and experts say the scare is based on “fabricated sensationalism”. 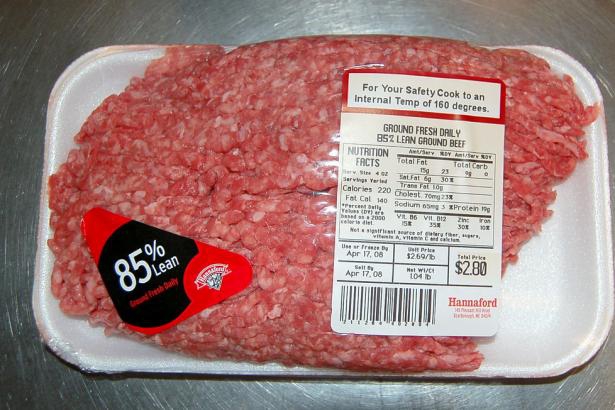 A public outcry over controversial “pink slime” in beef products has little bearing when it comes to health risks—especially in Canada, according to UBC food safety expert Kevin Allen.

For weeks, social media and press reports from across North America have been buzzing over the ammonia-treated beef filler, with U.S. consumers lashing out over its use in their national school lunch program. But Health Canada says ammonia is not permitted in beef produced north of the border, and officials have confirmed that the same rules apply to imported meat.

And even if ammonia-treated beef was allowed in Canada, Allen suggests that many of consumers’ fears about the process are unfounded.

“The one thing that’s kind of lost in all this discussion is the fact that this practice is generally recognized as safe. The World Health Organization, the Food and Agricultural Organization—both of these organizations have deemed that the use of ammonium hydroxide in beef is safe,” said Allen.

“I think the consuming public does not like the idea of their food being manipulated, even though pretty much anything we eat is processed in one way or another. And that doesn’t necessarily mean that it’s a bad thing.”

What is “pink slime”?

It’s made using scraps from butchered beef, such as connective tissue and fat trimmings, which are simmered, then spun in a centrifuge to separate the fat before being treated with ammonium hydroxide. The ammonia is used to kill bacteria and other pathogens that could be dangerous to human health.

“From my perspective, this strategy is intended to recover more meat per animal, and provides a lower-fat alternative that’s likely cheaper than what can be obtained without this practice,” Allen explained.

Critics of LFTB say its use is unfair to consumers not only because of the ammonia used in processing, but because it’s technically not real meat (and consumers paying for beef generally want the real thing). The New York Times also reported a few years ago that harmful pathogens like E. coli and salmonella were still found in school lunches using the product, despite the industry’s claims that ammonia is an effective treatment.

One of the most compelling and high-profile critiques of pink slime came from celebrity chef Jamie Oliver, whose television program featured a somewhat frightening (and exaggerated) simulation of how the product is made. Since it aired last year, consumer pressure has convinced McDonald’s restaurants and other fast food chains to stop using the filler.

“In the end, it’s ultimately consumers who will decide if they’ll buy this or not. And right now, it appears that at least for the time being, sensationalism is winning out moreso than fundamental science,” said Allen.

“There’s nothing to indicate that this is a health risk or a concern to consumers based on the scientific data we have."

Allen recalls a scene from Oliver’s show, in which he pours a bottle of household cleaner (complete with skull-and-crossbones warning) into a tub of ground up meat. The horrified faces of audience members illustrate just how effective this demonstration is—this practice must be unsafe, right?

“It’s not science. It’s completely fabricated sensationalism. But in the end, it’s still the consumer’s choice. If you don’t want to eat finely textured beef that’s been treated with ammonia, that’s fine. Consumers won’t buy it, and the industry will have to adapt,” he said.