Intensive training allows educated young professionals to transition their careers in under a year. 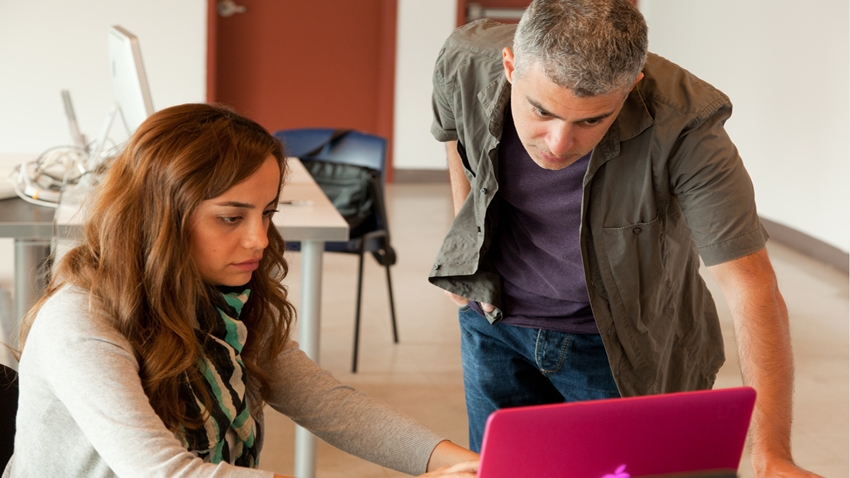 Mark Rajandran has spent a lot of time in school. He holds a BSc in psychology from the University of Victoria, where he also completed two years of software engineering before spending a year studying accounting and strategic management at UBC. Yet his current career as a UI/UX Specialist came from a six-month program at Emily Carr University.

“I really liked design, but I always did it on the side,” he says. It was a friend that pointed out he could make a living with design and Rajandran began to look at education options to help him get a foothold in the industry. He chose the Interaction Design Certificate program at Emily Carr University because it was affordable and covered both design and development aspects of interaction design.

Ginette Law, a classmate of Rajandran’s, found the program when she was moving to Vancouver from Montreal and looking to gain programming and design skills. For Law, the appeal was Emily Carr University’s reputation and the program length.

Since its launch in 2012, the Interaction Design Certificate program has often attracted students in their 20s and 30s, many with university educations in fields from business to the fine arts. While Rajandran and Law’s respective backgrounds may have helped them succeed, the program is open to anyone with a strong work ethic and a portfolio that demonstrates creativity.

George Papazian, an instructor in the program since it began, says that the biggest determinant of success is less about previous experience or education and more about mindset.

“Students who do well in this program are individuals who roll up their sleeves and do the work,” says Papazian. “They’re the ones who are focused on what they want to get out of the program and who take initiative.”

Law echoes this sentiment in her advice to anyone considering enrolling in the Interaction Design program for this September.

"Ultimately, you are responsible for your own learning and success,” she says. “Figure out what's important to you and what you need to do to get there, because no one else will do it for you."

Since graduating in March of 2015, Law has continued to show initiative and gone on to co-found her own company, Plot + Scatter, that bridges the analytical side of data with interaction design.

“Going to school was part of the bigger plan,” she says. “I always intended to run my own business.”

Mark Rajandran went a different route, choosing a full-time gig at Mojio, a Vancouver-based start-up.  As their UI/UX Specialist, he works closely with both the marketing team and development team.

“Before I design anything, I understand the backend and I do the research,” says Rajandran. “When I design something, I am fully focused on it.”

While he credits his business background with helping him land his current position, his background in psychology likely helps as well.

“You really have to understand people,” says Rajandran of what makes a successful interaction designer. “The most important thing is being able to understand how people think and feel.”

It’s true both in the design aspect — anticipating user needs and reactions — and in the business aspect, as interaction designers need to be able to communicate their ideas to potential employers, investors or freelance clients.

“You need to be able to think in an analytical and strategic way,” says Rajandran. “You have to be passionate and detail-oriented.”

In terms of advice for future students that are following in his footsteps, Rajandran says that it’s important to do your own research and keep up with design trends on your own time. It was his portfolio more than his resume that landed him a job and he encourages others to keep building up their portfolios, even after they graduate.

“I did seven different iterations of my website — if people said it was good, I tore it down and rebuilt it because I wanted it to be great,” he recalls. “I wanted the ‘wow’ factor. How else are you going to stand out from the crowd?”