The cutest robots in Tokyo 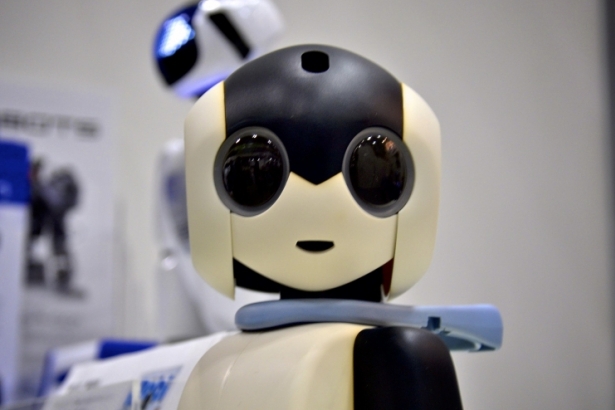 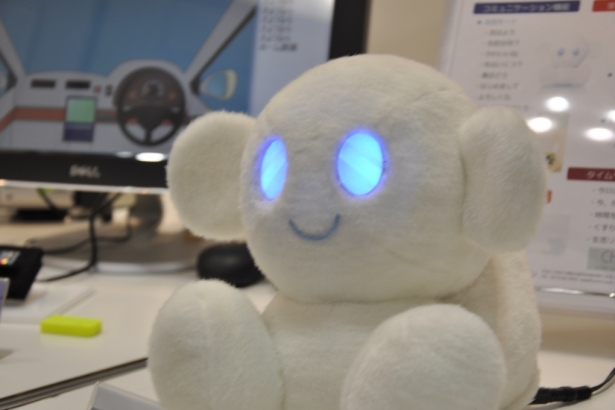 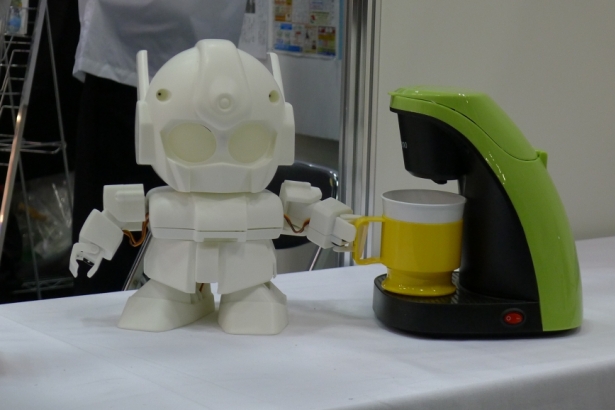 Well, hello there, little one!: The future is manufactured to be friendly.

The future is adorable

The International Robot Exhibition continues to amaze. Let's meet the robots we're meant to love. Here you will find the cutest robots in Tokyo. (That is a sentence I've wanted to write for many years.) 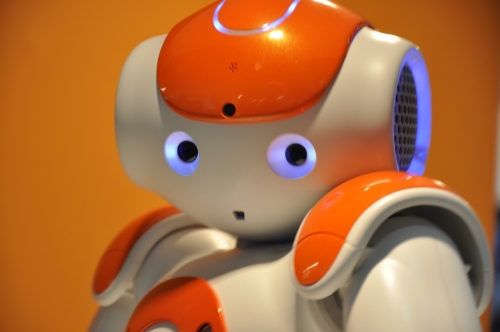 Show me your face

The future has to be in the form of a vaccine. If it's too weird, if it's too far beyond the current norm, we reject it. We need to dilute it with the everyday.

Eyelashes for cars are creepy and off-putting, and don’t get me started on Bumper Nuts. However, on some level, we, the meat bags, demand that our cars have faces. Daniel Simon, who designed vehicles for VW and Lamborghini as well as for films like “Tron: Legacy” and “Captain America: The First Avenger”, wrote in “Cosmic Motors”  that we reject auto designs whose grilles don’t have facial features. 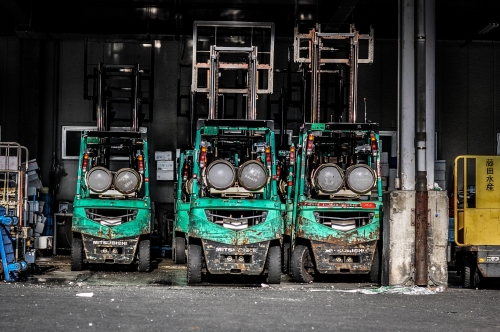 Product innovator Nik Badminton had told me, “If you can give your car a soul, your car is gonna live on forever.” The ultimate example for this is the VW Beetle, arguably the most soulful car of all time. Did it run well? Did it matter? You weren’t buying a commuter vehicle, you were buying a member of the family. KIT 2000 from “Knight Rider” was a digital-age extension of that notion. That Michael Knight controlled KIT with his watch was another moment of Eighties TV prescience.

Politicians do this, too. They strive to appear human and approachable, but only just: if they’re too human, you’ll find a reason not to vote for them. George W. Bush was the presidential candidate you wanted to have a beer with (or do a few lines with), and it helped get him into the White House (and America into a few wars). Mitt Romney was profoundly unable to repeat that feat.

If it's cute, we'll welcome it into our homes, into our lives. 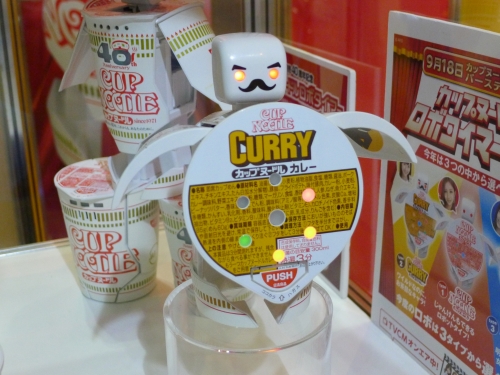 But why bother making robots look human at all? Why risk a plunge into the Uncanny Valley? We will accept a robot if we can see a spark of life in them, but what we see is really just a reflection of our own spark. We can build a robot articulate enough to help repair, say, a stricken nuclear power plant without committing ourselves to building Roy Batty.

Vancouver's own SkyTrain system is robotic: there's no anthropomorphism anywhere. It's just a train with a voice.

Therapeutic robots are made to look like animals. Did you ever imagine that the future would have a face like this? Just look at those eyelashes. When you pet it, it reacts with the sounds of a thoroughly pleased seal. 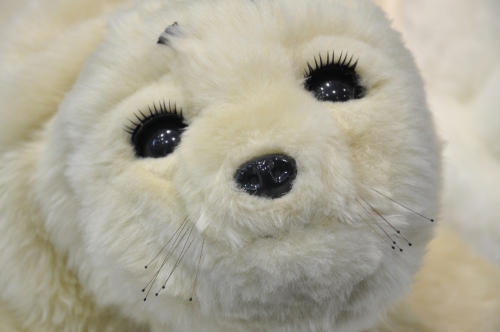 Why limit ourselves to creatures that still walk the earth? 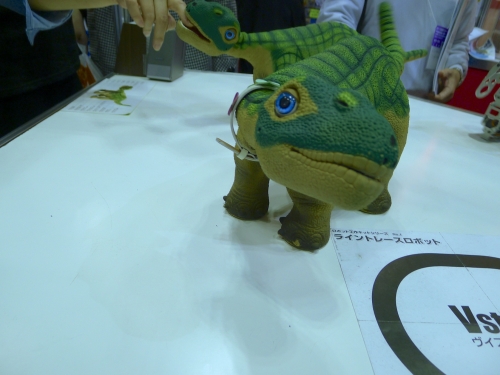 This little character looked like a mix between E.T. and Johnny 5. 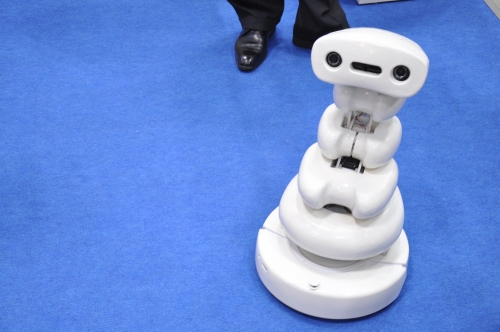 Of course, no robot exhibition is complete without a nod to the old school. 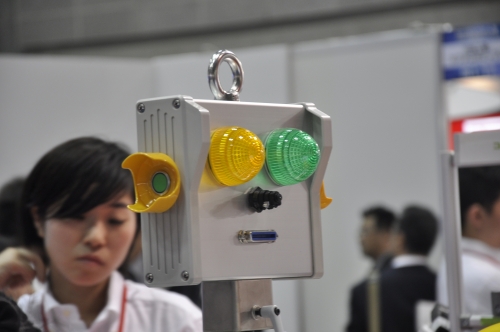 Something for the grownups

You haven't lived until you've had a beer poured by a robot. Asahi sent Armitron to bartending school, and came up with this device. It detects the cups, and fills each one in turn, placing its spout against the side of each cup. It then backtracks and dispenses foam atop each filled cup, like adding milk foam to a cappuccino. So, yes, a robot that gives you head. 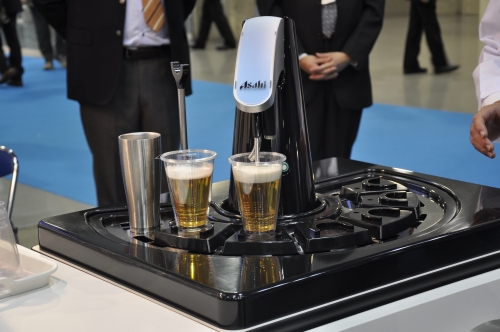 I guess I'd better get to work, then. 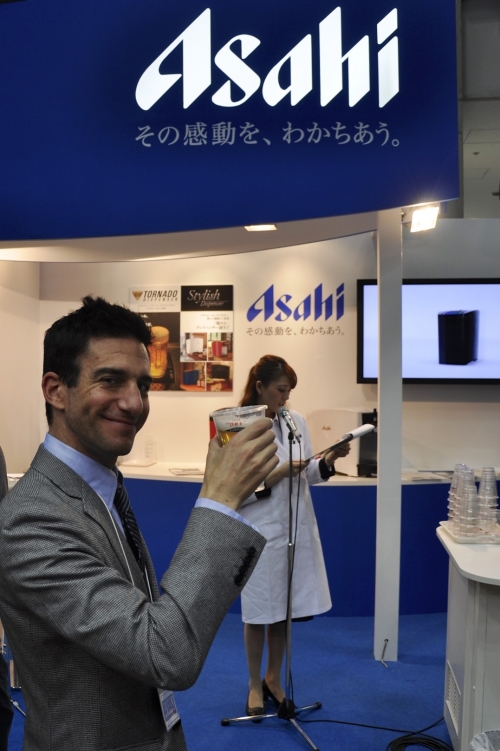