Where to go in beautiful BC? Kumsheen Rafting Resort in Lytton 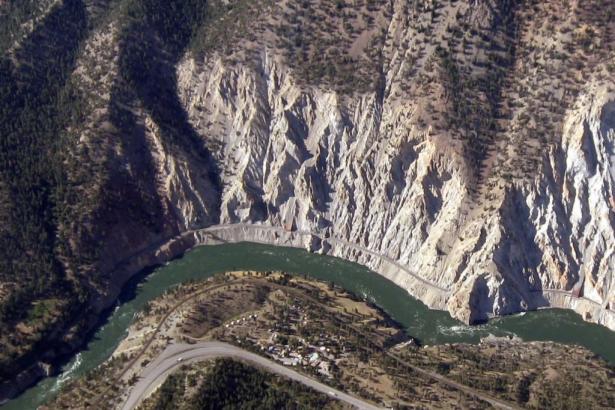 Aerial view of Kumsheen Rafting Resort in Lytton, B.C. in a photograph provided by Kumsheen

Three and a half hours from downtown Vancouver, and I got out of the car  at Kumsheen Rafting Resort, a few kilometers east of Lytton, B.C., population 300. The next day, I'd be leaping into the Thompson River and riding the current before meeting the rapids head on in a boat navigated by a wisecracking marine biologist whose handsome features gave him a look that was half cowboy, half movie star.  And after taking the wave of one of the Thompson's wicked rapids, I'd be cold. I'd be shivering.

But the very concept of cold seemed as remote as the snowy peaks of a mountain I could make out in the distance to the southwest.  I surveyed the dry landscape around me and, quite frankly,  it was impossible to imagine ever being cold again.  Heat radiated from the ground beneath my feet.  The mountains, with their precipitous drops that make the Thompson River canyon so dramatic, seemed to be colluding with the sky to turn the entire world into an oven.

"This is a continuation of the Sonora desert," the saleswoman at the pharmacy in Lytton said. I'd stopped to grab extra sunblock and asked her exactly how hot it was today.  She shrugged and laughed.  Did numbers really matter?

"I came up here to marry a man," she said.  "My relatives nearly died at the wedding from the heat."  She smiled the smile of one who has long ago adjusted to conditions that defeat others.  It was a smile I was to see on many of the faces of locals who stopped to talk about life in the small town that boasts the highest temperatures in Canada.

After collecting our gear,  we checked into the our tent cabin. 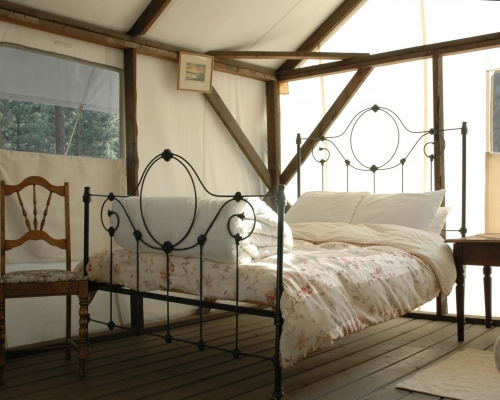 Our next stop was the pool.

We played a little chess with pieces that were nearly as large as my eight-year-old son.

We checked out the Disc Golf course. 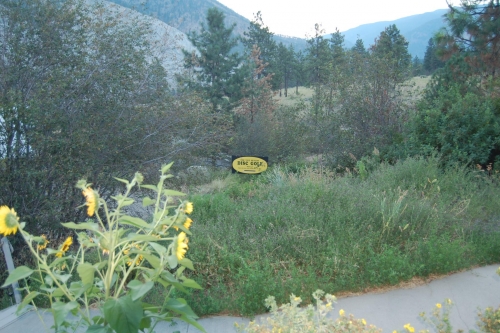 And admired the vintage VW bus. 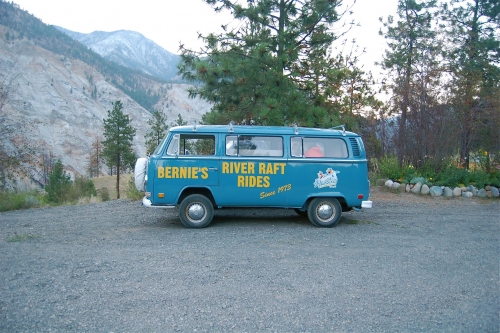 Then there was the volleyball court and a nearby basketball hoop. 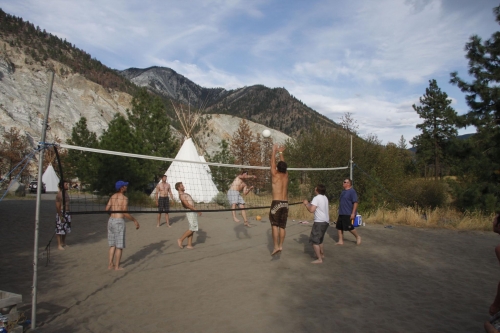 We had a delicious dinner on the patio with its gorgeous views of the mountains. 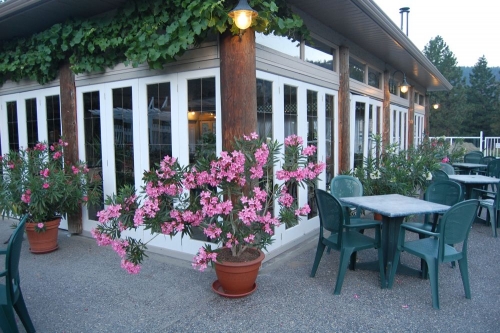 After dinner, we drove into Lytton and checked out the three-car ferry that runs across the river on a cable.  There, we met a group of guys with river kayaks who explained they worked at the resort.  After work, they truck their kayaks across the Fraser and into the Stein Valley.  At the trail head they walk two kilometers and put the boats in the swollen Stein.  It takes a couple of hours to trek with kayaks and twenty to get down the river.

"It's a huge adrenaline rush," one of the guides said, noting that this was his seventh season at the resort that was selected by BC Business Magazine as one of the Ten Best Companies to Work for in BC. Kumsheen is a family-run business and in its 37th season and BC Business Magazine's selection process depended on employees confidentially rating their work experience.

Back at the resort, we went swimming again.  My eight-year-old floated happily around the pool on the back of an amiable plastic dinosaur, while the two older boys played water volleyball.  I swam laps and gazed at the desert.

Tired out, we went back to the cabin just as the moon came up.  We hung out in the cabin and checked out the games set out on a table for us.  We played a little Scrabble and then went to bed early, anticipating a great day on the river. 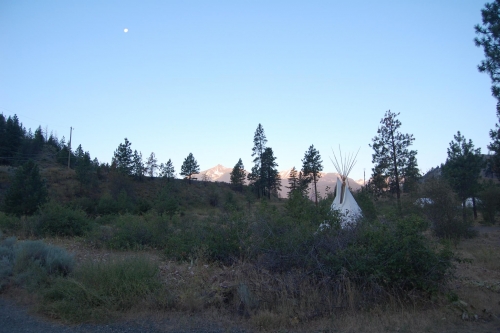 I took advantage of the ear plugs that the resort makes available in each cabin to block out the sounds of the trucks on the nearby highway and the trains on the nearby track.  I lay thinking about how wonderful it was to have found a place that made it so delicious to be a single mother traveling with a pack of boys, two of them acerbic, world weary adolescents suffering the crisis of video game withdrawal.  I pulled a blanket up around me because the desert had worked its magic and was transforming the parched and blazing day into a pleasantly cool evening. 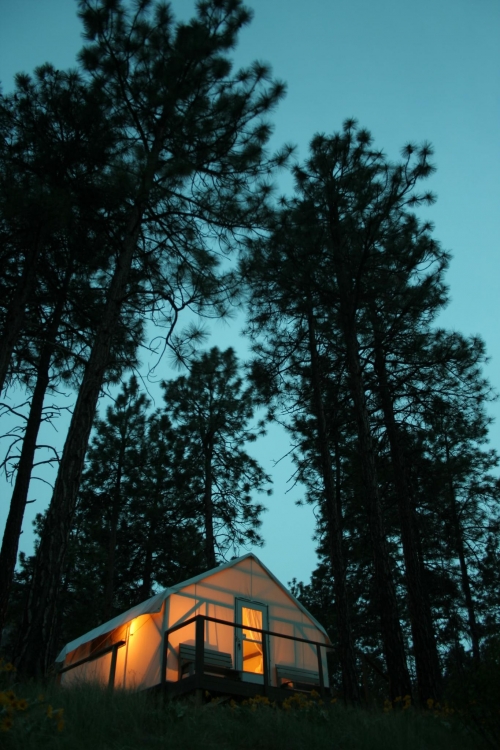 Coming next:  Follow me down the Thompson River on a Kumsheen Rafting adventure....