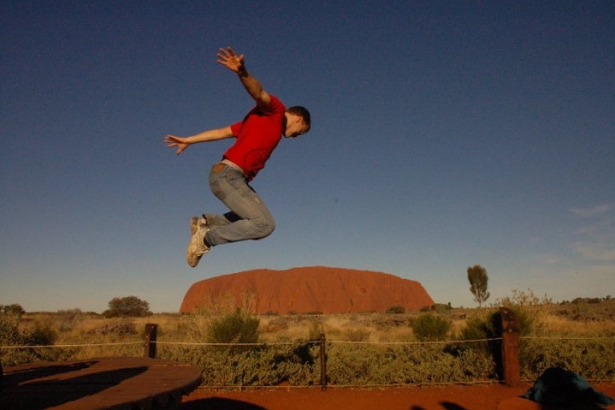 To gap, or not to gap? That is the question.

While the gap year, or “year out”, has been a common and popular rite of passage in Australia, New Zealand, the UK and many countries in Europe for decades,North American students have  traditionally ridden the academic conveyor belt all the way from preschool to university without a break.

Now, the tides are changing and many soon- to-be high school graduates are saying they’re burnt out, and need more time before deciding what they want to take at university. Instead of packing for their first year, they are now booking their flights to go volunteering in Africa, or work on a yacht in the Caribbean.

North America is starting to catch on to the “gap year” trend, and for good reason. Amid concerns about drop-out rates, researchers now say that students who go straight to university often find themselves in a program that doesn’t interest them, and are more likely to change programs, thus prolonging their degree and increasing their debt level, and they are more likely to quit. Experts now say that going straight to university may be short-sighted for some, and a year out is the way to go for some soul-searching.

And taking a gap year has never been easier. Many universities are now willing to defer start dates for a year – York University is embracing this gap year phenomenon with its Bridging the Gap program and “celebrates” a student’s choice to take a year off to gain work experience, do community service or go on an international exchange and will reserve the student’s admission spot for up to a year provided he or she is accepted into the program. Harvard University, one of the top universities in the world, has always been ahead of its time and for the past 40 years has proposed that students take a year out in its letter of admission.

Is there a downside to taking a gap year? Not really, according to a 2008 Statistics Canada report published jointly with Canadian Policy Research Networks. The report found that students who delay post-secondary education don’t face a disadvantage in the labour market later on – as long as they actually complete their program once started. In fact, a Canadian Council of Learning study found that students who took a gap year were eight per cent more likely to be employed upon finishing all their studies.

Understandably, many parents are a little nervous that their son or daughter will be side-tracked and destined to remain degree-less forever. However, even though there are no formal studies on the actual number of gap year students who do make their way to university, admissions staff say that only a few drop off the radar.

On the contrary, one year out in the world can make a young person more focused, better prepared for university life and more likely to complete at least one university degree. After all, it’s not getting into university that counts – it’s getting the degree at the end of the line.

Students who have taken the year out, universities, and the latest statistics aften agree that the gap year was worthwhile. Although it may be a daunting prospect for parents and students to divert from the “safe” bound-for- university-after-high-school route, the rewards and benefits are well worth stepping out of the comfort zone. To find out more about gap year options, come and visit SWAP Working Holidays and Basecamp International Center Volunteer Programs at the Study and Go Abroad Fairs.

For more information, check out www.studyandgoabroad.com.