The grass is always greener at Vancouver's open-air cannabis market 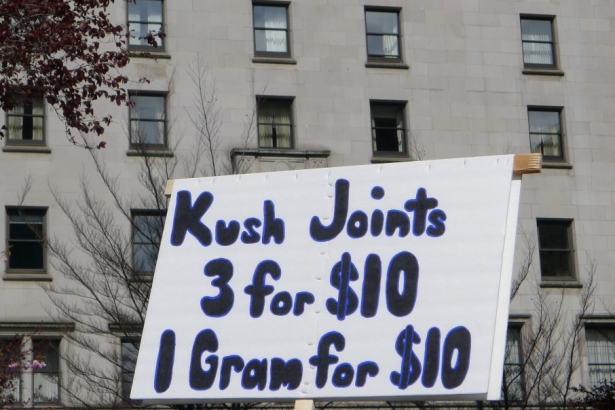 Pass it, pass it: a celebration of cannabis culture in downtown Vancouver

April 20 is a special day in Vancouver. The city's marijuana laws become even fuzzier than usual as cannibis-law reform activists, students, tourists, local farmers, and straight-up stoners gather before the Vancouver Art Gallery and blaze up... in full view of the cops. Jodie Emery, wife of imprisoned "Prince of Pot" Marc Emery, says that 4/20 is primarily about learning about pot, not just smoking it, and that the laws surrounding cannabis affect you far more than the plant itself. (Jodie Emery is running for MLA in the upcoming provincial election. You knew about the upcoming election, right?)

If you're a food-truck vendor, today is your day: Over 15,000 people are expected to show up for 4/20 2013. Below you'll find some photos and short videos from the early part of Vancouver's 4/20 celebration. First, here's some background on why the 2013 event is different than years past:

I swung by in the morning on the way to a more pedestrian assignment; the real action will pick up in the afternoon, as the clock gets closer to-- you guessed it-- 4:20pm. 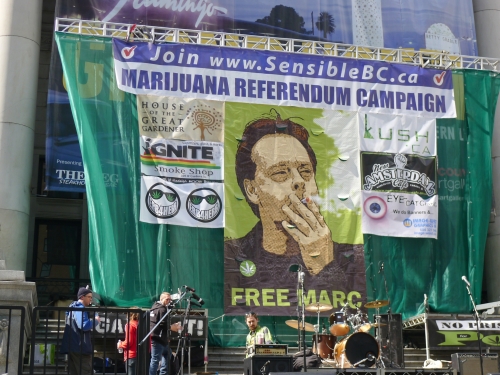 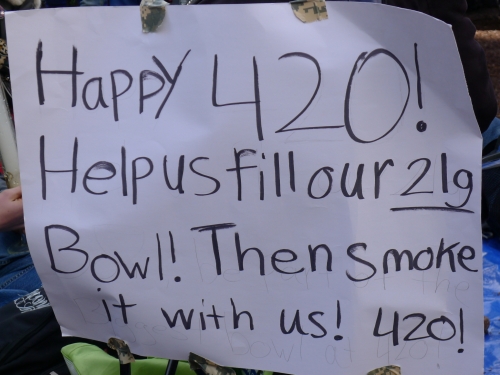 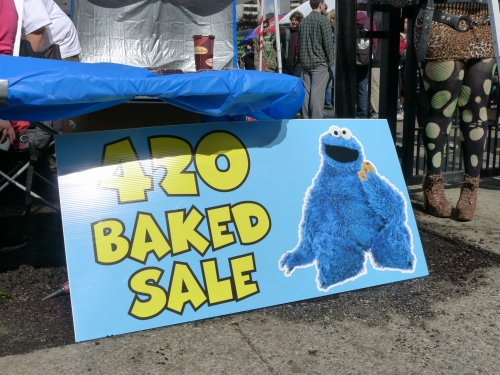 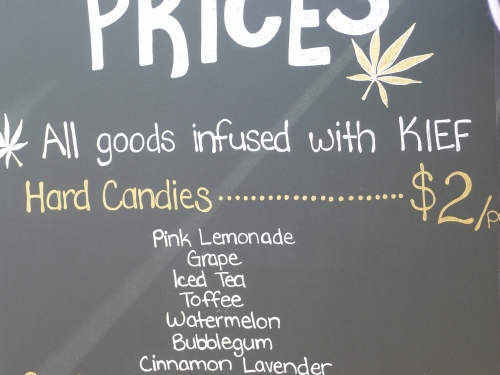 It was too early in the day for the full-on munchies to emerge, but I noticed a large contingent of candy- and soft drink vendors. It wasn't even noon, and the dozens of police present (of which I am not one, to answer the owner of that bag of Purple Kush's owner's question) looked rather bored. Turns out that a bunch of stoned people aren't that motivated to cause trouble, which begs the question: how did Cypress Hill maintain their high levels of aggression?

Other images from 4/20 in Vancouver

Here are some images via Twitter, from those who took part in the 4/20 event or just happened to be walking by, uh, you know, just minding their own business.

Well here in Vancouver they celebrate 420 by giving joints out for free twitter.com/coolliketurtle…

Not often you see this in Starbucks! It can only mean one thing... #Vancouver #420 twitter.com/rachheals/stat…