A trip from Vancouver, BC to Santiago de Cuba: Son, Salsa, and Santeria

No one stared at me; it seemed natural that I should be invited in. The two violinists finished and two comedians followed them performing a lively Cuban Bufo sketch. I couldn’t understand the words, but their physical comedy was so perfectly timed, I joined in with the others laughing like a child. 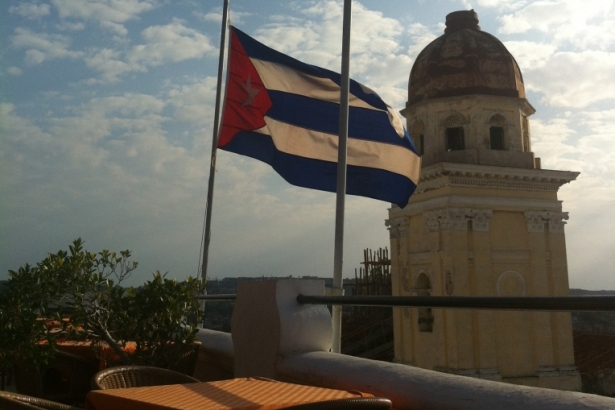 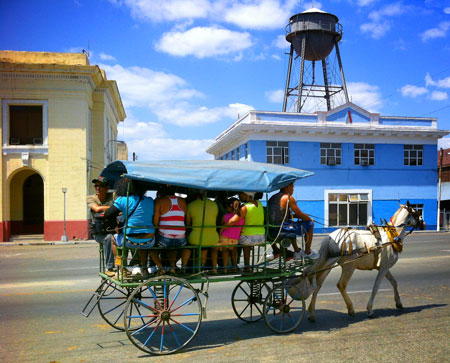 “Orlando is placebo culture. It’s entirely derivative”, I told her as a 1950’s bright blue Bel-Air creaked by on the crowded street. Suddenly a man’s voice raised against a street vagrant who’d wandered in and a child (a child in a bar?) began to cry. “The only authentic thing about Orlando”, I insisted,  “is its parking lots”, but Yalina stared at me in disbelief. Whatever socialist propaganda she’d been subjected to, it hadn’t occurred to her that America could lack anything—least of all, culture. Yalina was my host and, as the public relations manager of Ballet Folklorico Cutumba, she had her finger on the cultural pulse of Santiago. “Orlando is a cultural wasteland”, I continued, “populated by dangerously overfed clowns”. Her eyes narrowed in on me. Even as a cultural tourist, I wasn’t fitting the mould.

Still smarting from last year’s trip to Epcot, I was looking for real culture and that’s what brought me to Santiago de Cuba—the second largest city in Cuba and capital of the eastern province of Oriente. I was lured to Santiago de Cuba by Caledonia, a tour group that specializes in language and culture tours. Caledonia’s founder, Kath Bateman, is based in Edinburgh, Scotland and for over 15 years she’s been organizing language, activity, and culturally themed holidays throughout Europe, Latin America and the Caribbean. Increasingly, Caledonia has focused on Santiago de Cuba’s fabulous music scene. 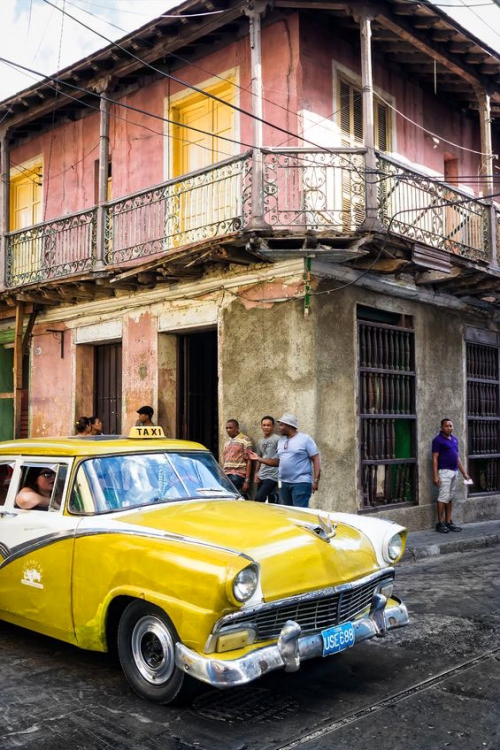 In her soft Scot’s brogue, Kath explained to me that as a language major she wanted to offer culturally significant excursions to those who wanted a more genuine experience than what large tour operators offered. To Kath, cultural tourism is intrinsically responsible. “I am handing over CUC$2000 worth of materials to the director of Ballet Folklorico Cutumba to start repairing the Galaxia Theatre as part of our Hurricane Sandy appeal”, she said emphasizing how Caledonia gets involved with the local culture it explores. I asked Caledonia to arrange a cultural package that included Spanish lessons and the opportunity to rehearse with a local Salsa band.

About the time that Santiago de Cuba was founded (1515), King Charles V of Spain was famously heard to say, "I speak Spanish to God, Italian to women, French to men and German to my horse". This did nothing for my appreciation of German, but it was clear that I needed to elevate my appreciation of the Spanish language. Through Caledonia’s local organizer, Paradiso, I was signed up for one-on-one tutoring with Julia, a professor from Universidad de Oriente, Santiago de Cuba.

Three hours a day of Spanish gave me (a complete novice) more than I had bargained for. I leaned heavily on my intermediate French (to transfer over my knowledge of Romance languages) and we quickly progressed from helpful phrases to verb conjugations and other necessities before veering off to a one-on-one history of Cuba.

I learned that much of Cuba’s history is rooted in Santiago (not just Havana), and as the second oldest city in the New World founded by Europeans, Santiago de Cuba was also for a time Cuba’s capital. This is the city where Bacardí got his start. Its surrounding mountains, the majestic Sierra Maestras, provided hide-always for Fidel Castro and company to stage the Cuban Revolution. Its also the epicentre of Afro-Cuban music with a carnival not to be rivalled anywhere from Rio to New Orleans. Julia’s expert diction, and my Spanish-French-English translation method, helped me piece together enough from my Cuban history lesson­ to absorb an incredible 80 percent. I was feeling very immersed in the culture. 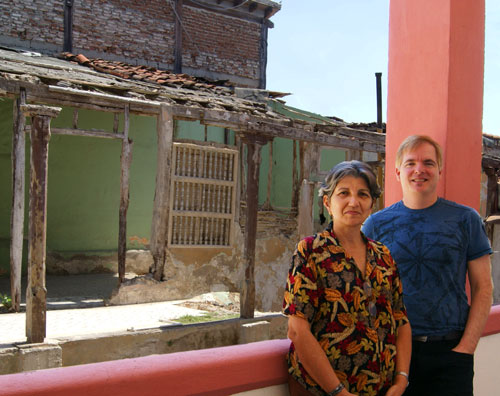