Up to $7,000 each for uninsured damage -- but not for stolen merchandise. 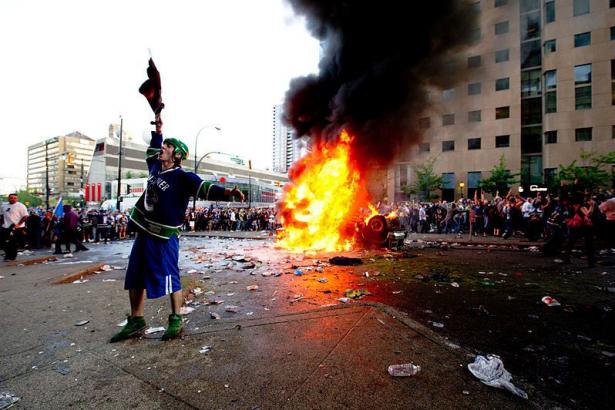 It may not cover all their riot losses, but it is money, and it coming soon.

VANCOUVER -- A municipal government fund designed to help businesses affected by last month's Stanley Cup riot in Vancouver expects to start issuing cheques around the end of the month, says the agency overseeing the program.

The commission hopes to raise $150,000 through the Vancouver Board of Trade, Telus, VanCity credit union, a local tattoo parlour and a T-shirt shop, and spokesman Jeff McDonald said the agency is on target to meet that goal.

Businesses can apply for grants of up to $7,000 to cover damages not covered by insurance.

So far, the fund has received nine applications, but McDonald said he expects more to arrive soon. The agency estimated about 55 businesses were affected.

McDonald said the agency expects to begin sending out cheques around the end of July.

A local business group has estimated the cost of the damages and looting during the riot could be as high as $5 million.

Vancouver police are leading an integrated investigation of the riot, sifting through thousands of photos and videos shot during the melee. Some charges have already been laid, and at least three dozen people have turned themselves in.

The riot is also the subject of an independent review headed by John Furlong, former head of the Vancouver Olympic committee, and Doug Keefe, a former deputy justice minister from Nova Scotia.

Furlong and Keefe were appointed last month to investigate what happened during the riot, whether the lessons from a similar riot in 1994 were put into practice, and how to avoid a repeat in the future. Their final report is due Aug. 31.

They have set up a website and are inviting submissions from the public until Aug. 12.

After riots, Facebook commentators weigh in on Brand Vancouver

After Vancouver riots, signs of gratitude shown to Vancouver Police