Talk of long-term austerity measures not enough to entice consumers to spend. 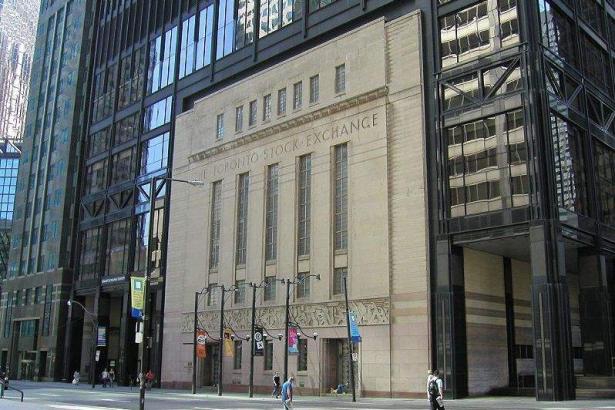 Waning confidence and a resulting reluctance to take risks have pushed businesses to sideline their cash and wait for things to improve -- which can cause a self-fulfilling prophecy that can freeze growth, experts say.

And it doesn't help when consumers watch the cycle happening and refuse to spend, either.

That's the cycle that is doomed to repeat itself unless political leaders take bold measures to deal with the global debt crisis and end economic uncertainty, investor psychology experts said Friday.

Their comments came after a week of turmoil and frantic selling and buying on global stock markets over fears of a possible double-dip recession in the United States and mounting debt problems in Europe.

Canada's main market, the Toronto Stock Exchange, is 13 per cent lower than the 2011 highs reached in March, wiping billions of dollars of stock value off the books.

In New York, Wall Street had its wildest week in history, ending Friday's session with a second day of gains. For the week, the blue-chip Dow Jones industrial index had four 400-point swings in a row for the first time in the market's 115-year history.

Wild market swings repeat themselves every few years during market slumps and can weaken consumer and business confidence, making it harder to sustain the global recovery.

"We're prone to repeat these mistakes over and over again,'' said decision-making expert Joseph Arvai, a business professor at the University of Calgary.

Confidence tumbles each time there's a sharp downturn, and consumers and companies that feel less confident are less likely to spend or borrow and hire new workers, creating a vicious cycle that can slow growth.

Data out of the U.S. Friday showed the consumer sentiment index from the University of Michigan and Thompson Reuters tumbled to 54.9 in August, much lower than the 63.2 reading that had been expected.

Meanwhile, the Bank of Montreal downwardly revised its economic growth forecast for the United States to 1.7 per cent from 2.5 per cent for the year, saying the forecast reflects recent volatile stock markets, declining consumer demand and growing fears of a recession.

In Europe, the French government was put under further pressure to cut deeper into spending after figures Friday showed France ground to a halt in the spring, raising recessionary fears in Europe's second biggest economy.

Waning confidence and reluctance to take risks propel businesses to sideline their cash and wait for things to improve, which can cause a self-fulfilling prophecy that can freeze growth, said William Morrison, a business professor at Wilfred Laurier University who specializes in behavior economics.

"If all firms think that way, that in itself has a contractionary impact on the economy,'' he said.

"Then markets don't expand and then individual firms looking at that go 'Well, see I was right to think what I thought my expectations are fulfilled, I'm on the right path'.''

With the 2008-2009 recession still fresh on people's minds, consumers and investors are on edge, making them prone to panic over negative news.

"You've got this long line of very salient bad news that really easy to recall and not a lot of good news to counterweight that,'' Arvai said.

And as the world becomes more globalized there are more negative events to take in, making markets extremely agitated. Add to that the technological achievements that allow decisions to happen with the click of a button, and its a recipe for a vicious cycle of volatility.

Governments and central banks attempt to quell investors by creating through words and actions as much comfort and certainty as possible. The U.S. federal reserve borrowed a page from the Bank of Canada earlier this week by assuring Americans that interest rates won't rise for a two-year period in an attempt to prompt consumer spending, which makes up about 70 per cent of their economy.

But Morrison and Arvai said it's going to take some bolder, and likely unpopular steps to convince consumers that they are taking measures to ensure fiscal prudence going forward, such as moves to raise more revenue through taxes.

On Friday, the Italian government approved nearly US$65 billion in tax hikes and emergency austerity measures over two years to balance the budget by 2013 in response to demands by the European Central Bank.

Consumers are waiting on businesses to pick up spending and hiring before they are likely to spend again, Morrison said.

"As soon as people start to sense that improvement is coming and its going to be sustained its going to be this big whooshing sound, with money being spent, investments being undertaken,'' he said.

"We've had a lot of negative signals and a lot of salient negative signals that have really magnified this negative emotional response and have made it really hard to look at something that Flaherty says or Barack Obama says and see credibility in that.''

Instead, they should take a cue from Canada's moves to rebalance its budget in the 1990s through a combination of tax cuts and shifting the debt burden to provinces, Arvai said.

Consumers need to see a steady stream of positive signals from politicians, "but that doesn't happen overnight through talk, they have to do it over years through action,'' he said.

"When they start to do that and they see their economy shift into the positive, I think it's those kinds of measure that will begin to create positive kinds of responses in the economy.''