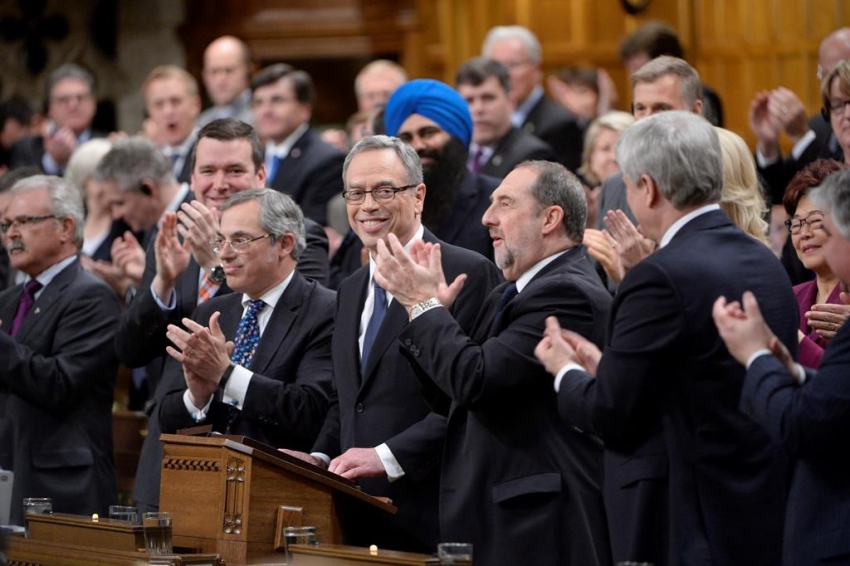 — The sale of the government's General Motors shares, purchased in 2009 as part of an effort to help the auto industry weather the storm in the wake of the 2008 recession, generated a net gain of $2.1 billion.

— Up to $360.3 million for the extended and expanded mission against the Islamic State of Iraq and the Levant, and $7.1 million for the recently announced military training mission in Ukraine.

— $12.5 million over five years, followed by an additional $2.5 million a year, for the Security Intelligence Review Committee, which oversees CSIS.

— $750 million over two years, starting in 2017-18, plus $1 billion a year thereafter, for a fund to promote investment in public transit systems.

— $15.7 million over five years to streamline travel to Canada by low-risk travellers from Brazil, Bulgaria, Mexico and Romania.

— Up to $100 million over five years to foster innovation among Canadian automotive parts suppliers.

— $210 million over four years for activities and events to mark Canada's 150th anniversary in 2017.

— An additional $1.33 billion over six years, starting in 2017–18, to support advanced research infrastructure at universities, colleges and research hospitals.

— $6 million over five years for better access to safe, reliable and less-expensive remittance services, which allow Canadians to send money to friends and family in developing countries.