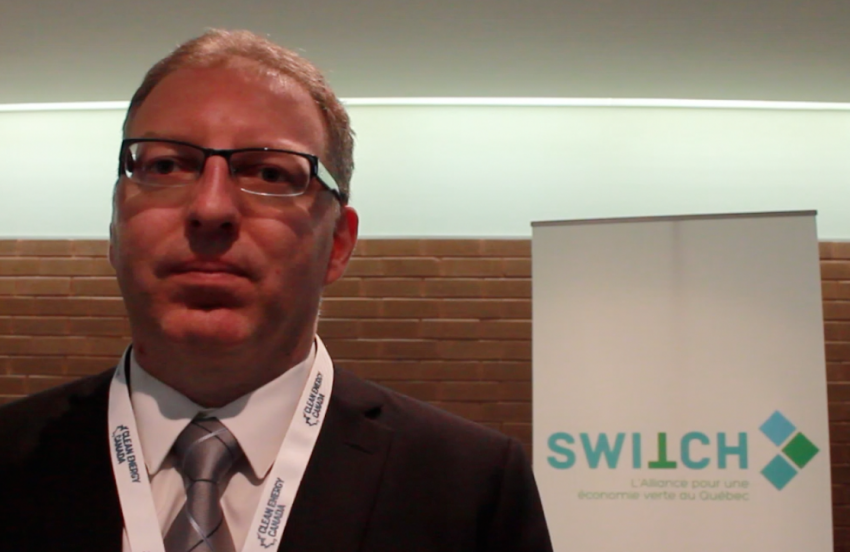 The call for action coincided with Ontario premier Kathleen Wynne's announcement of a cap-and-trade system that would discourage carbon emissions in the province, following Quebec’s cap-and-trade deal with California.

Following the Act on Climate march in Quebec city this weekend, union organizers, environmentalists and entrepreneurs discussed ways they can come together to create a cleaner economy in the province.

The Canadian Roundtable on the Green Economy was organized by the Switch alliance, a coalition of environmental groups such as the David Suzuki Foundation, environmental non-profit Equiterre and private businesses such as Quebec gas distributor Gaz Métro.

Mayrand said he was pleased with Wynne's announcement, and said the cap-and-trade system means more Canadians will be living in jurisdictions with climate policies in place.

“More than three-fourths of the Canadian population will be in jurisdictions that have a cap-and-trade, which makes fossil fuels more expensive and forces businesses and to adapt and become more energy efficient,” Mayrand said.

“At the other end, it raises revenues that you can use to fund transits, to fund programs that will make homes more energy efficient,” he added.

The CEO of Gaz Métro, Sophie Brochu, agreed with the idea. “We must implement innovative solutions to accelerate the transition to a prosperous, environmentally responsible economy,” she stated in a press release on the roundtable. 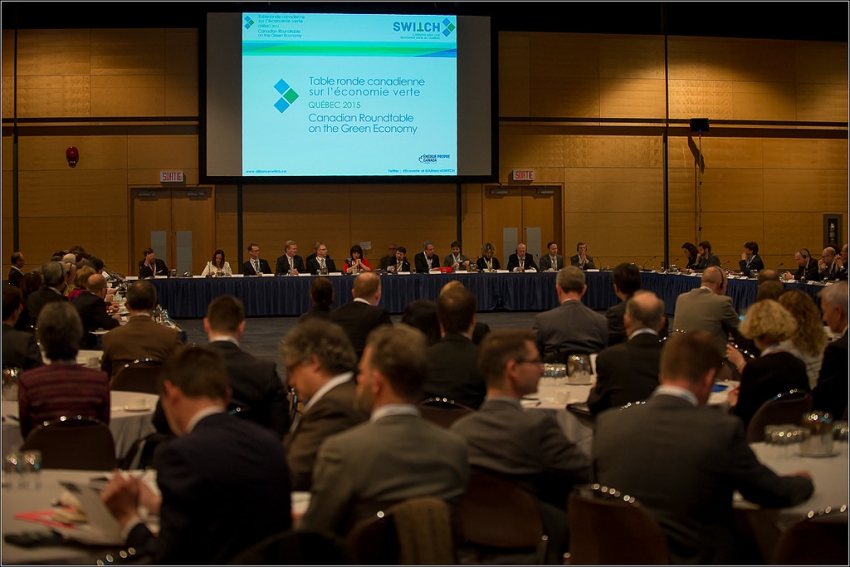 Participants at Canadian Roundtable on the Green Economy, photo courtesy of Switch Alliance

Although the deal was signed today, Mayrand said it’s important to show the premiers at the climate talks in Quebec City tomorrow that there’s unity amongst the private sector and environmental groups.

Indeed, top heads of government in Quebec support the idea of a green economy. "We are certainly not going to save the economy by killing the planet," said Carlos Leitão, Minister of Finance during the roundtable luncheon.

Business community ahead of politicians

Greenpeace executive director Joanna Kerr said the discussion around carbon tax shows that the business community in Quebec is advanced in its perspective of climate change.

“Here you have a situation where business leaders are ahead of our politicians. And the more and more we hear about the polls... in fact, Canadians are much ahead, vis à vis our politicians… to ask for quite systematic change around climate change and securing a healthy environment,” she said.

"We've reached our boiling point": 25,000 take to the streets in Act on Climate March (VIDEO)