Canadian lawyers among the most vociferous opponents of Bill C-51. 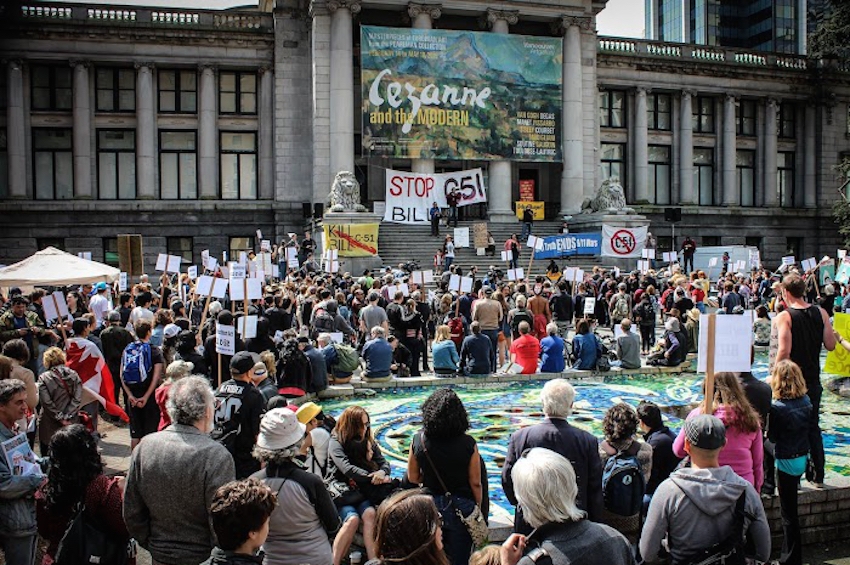 As organizers prepare for a day of nation-wide demonstrations against Bill C-51 on Saturday, the Canadian Bar Association (CBA) urged Canadians to march in protest against the legislation.

The CBA is a national professional organization representing all Canadian lawyers. Spokesperson Eric Gottardi outlined the CBA's strong condemnation of the bill, saying, "We would encourage Canadians to continue to march, to protest and to write letters and emails to their MPs voicing their concerns."

Mr. Gottardi has appeared before both Senate and House of Commons committees in recent months to strongly contest aspects of the bill the CBA deems "problematic" or just "flat out unconstitutional." The CBA issued a public statement concerning Bill C-51, which has now gone to the Senate for final approval.

Says Cheung, "our over-arching concern is that it creates a situation for outright violations of human rights abuses without any provision by the government about why these things are necessary."

Bill C-51 was passed in Parliament by the Harper Conservatives and Trudeau’s Liberals. It was rejected by the federal NDP, the Green Party and the Bloc Quebecois. There is enormous resistance to the legislation by the Canadian public, constitutional experts, and former CSIS agents among others.  Organizers nation-wide have an ongoing campaign (call, write or email) to urge senators to vote against the bill. A final vote is expected next week.

The Vancouver protest takes place at the Vancouver Art Gallery on Saturday, May 30th at 1pm.