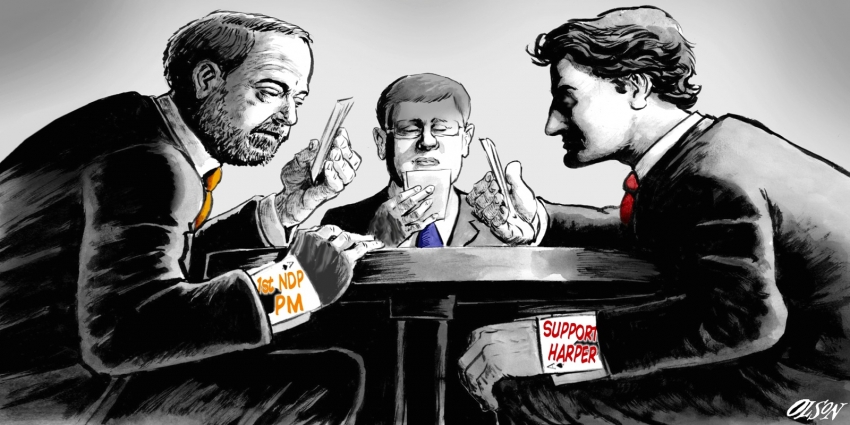 Illustration by Geoff Olson for the National Observer

Fast forward to Oct. 20 — the morning after the longest federal election in history, and Canada has just woken up to a hung parliament. No party has a majority of federal seats. Experts suggest a high-stakes political poker match to follow. Who backs who, and who's just bluffing?

Polls suggests a shake-up of parliament is a strong possibility. A new Forum Research poll this week — the first since the election was called — said the NDP are headed for a "solid minority." A recent Globe & Mail prediction showed the NDP and Liberals having a 95-per-cent chance of taking more seats than Conservatives.