Vancouver out-gunned in fight against waste-to-energy incinerator but refusing to give up. Fourth in a three-month series. 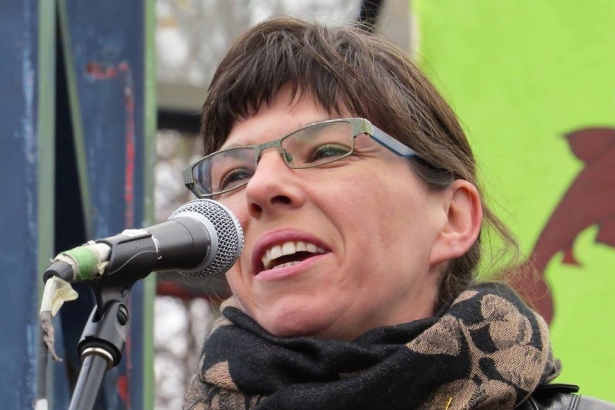 Back to the future solution of incineration

When Vancouver city councillor and Metro Vancouver board member Andrea Reimer attended her first Metro Van director’s meeting in early 2009, she says it was like stepping back into time.

“The former chair of Metro Vancouver, Lois Jackson ... I was born the year when she was first elected,” says Reimer. “It gives you an idea of the generational gap. I've had a lifetime for the time they have been in politics.”

That philosophical gulf became apparent as Reimer and her six Vancouver colleagues on the 40 member board encountered a comprehensive garbage proposal that looked like it was designed for the 1970’s.

The Cache Creek landfill was nearing the end of its life and the Metro Van board had an opportunity to forge a new greener, solid-waste path.  But Reimer says no one seemed to have a clear idea of the actual amount of waste being generated in the region. There was no recycling target in the proposed plan, no bans on certain materials, no specific dates for diversion and a strategy that relied on the mass-burning of garbage.

“For whatever reason, by the time I was elected in December 2008 and joined the Board, people were 100 per cent bought in to this miracle of waste-to-energy. It was this magic thing that was going to convert garbage to climate busting gold. It was going to solve the climate problem.”

“If your whole world was mass-bury, this (incineration) probably does seem quite innovative. But if you’re in a space where incinerators seem like an old idea, they seem like we’re going backwards,” says Reimer in an interview with The Vancouver Observer.

Reimer says her goal when it comes to the growing waste stream is to find new ways to divert or reduce waste at the source.  But if an incinerator is built, those efforts could be in vain and the path to a greener future would be jeopardized.

“We very, very strongly believe that if a mass burn incinerator is built, you can forget future diversion and reduction targets,” says Reimer. “The absolute and inevitable end game is that you get to a point where you (decide) do we burn it for money and power or do we reduce it and recycle it?”

“We have a ton of companies here that are world leaders in terms of innovation. But the minute that cheque gets signed on that mass burn incinerator, it’s all up in smoke. The possibility of those kinds of investments completely disappear.”

Reimer and Vancouver’s Vision councillors continue to be in a different space than the Metro Van board over its regional solid waste strategy which was eventually approved in 2010. The plan includes a new $480 million waste-to-energy (WTE) incinerator that can handle up to 700,000 tonnes of the region’s future waste and will be in addition to the existing WTE plant operating in Burnaby for the past 25 years.  So far, 10 proponents have submitted proposals. That plan is opposed by the Vancouver directors on the board, waste haulers in the region, the Fraser Valley Regional District and environmentalists.

Dakota Johnson and Jamie Dornan up by 4 a.m. for filming of Fifty Shades of Grey