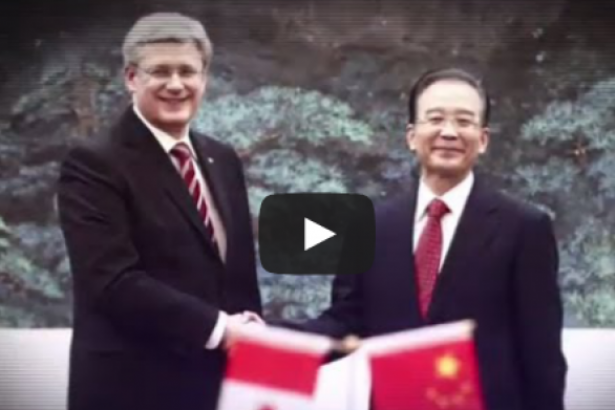 A slick anti-tar-sands-oil TV ad will pump Prime Minister Stephen Harper as a dirty dealer with China for pushing a pipeline that’s bad for American interests.

“It’s a sucker punch to America’s heartland,” says the voiceover.

“China’s become one of the biggest players in Canadian oil.”

The ad - and accompanying website - states China has quickly become “one of the biggest players in Canadian oil” investing $30 billion.

The TV spot was created by San Francisco-based “NextGen Climate Action” group, backed by billionaire climate-change crusader Tom Steyer, who is reportedly a friend of Obama's and a major Democratic financier.

"This group seems determined to let their narrow agenda get in the way of the facts. They continue to deliberately misrepresent Keystone and where the oil we will transport will go – but what they say is absolutely false," said TransCanada spokesperson Davis Sheremata from Calgary on Tuesday.

"This is nothing more than a cheap, political stunt that will not improve the environment, increase American energy security or put 9,000 men and women to work building a modern piece of American energy infrastructure."

The commercial will appear before and after President Obama’s State of the Union address Tuesday evening, expected to be seen by 30 million people. 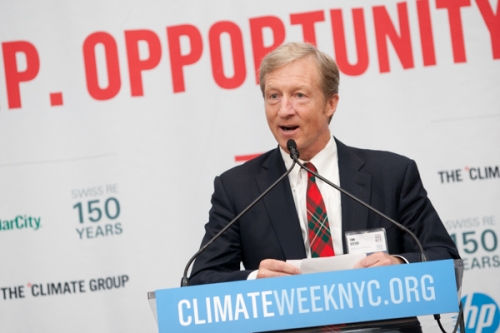 NextGen's purpose is to act "politically to avert climate disaster and preserve American prosperity."  The organization would not provide a spokesperson for direct comment.

The group's website suggests the ad’s target is the White House, which along with the State Department, will soon rule on whether to approve the controversial TransCanada Keystone XL pipeline project, to carry Alberta bitumen to southern U.S. oil refineries.

But the TV spot argues the real destination of Canada's oil is China, and critiques TransCanada's own pro-U.S. marketing messages.

“The oil lobbyists and the politicians -- they take Americans for suckers,” the ad states.

“[The Chinese] are counting on the U.S. to approve TransCanada’s pipeline to ship oil through American’s heartland, and out to foreign countries like theirs,” states the video.

Along with Warren Buffett and Bill Gates, Steyner signed the Giving Pledge to donate half their fortune to charity.