“Alberta’s record on these decisions show that it is either completely incompetent or intentionally indifferent  of First Nations’ rights," says Chief Adam. 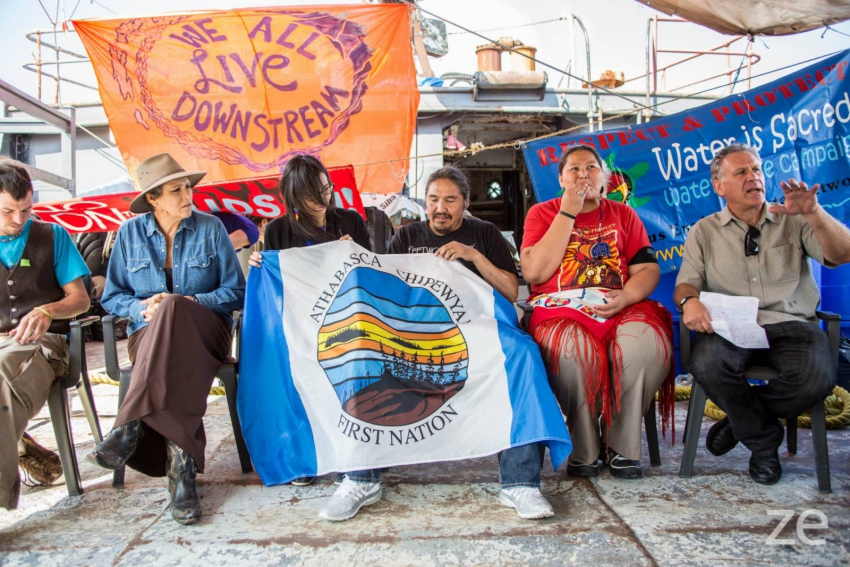 The Athabasca Chipewyan First Nation (“ACFN”) is launching a court challenge of Alberta’s Aboriginal consultation system, according to a press release.

The ACFN application challenges Alberta’s decision not to consult the First Nation over TransCanada Pipeline’s massive Grand Rapids Project. In July 2014, the ACO determined that ACFN had no right at all to be consulted about the 500 km pipeline, which will transport 900,000 barrels per day of diluted bitumen from west of Fort McMurray to the Hardisty Terminal outside Edmonton. (This is almost double the size of the contentious proposed Northern Gateway pipeline).

The Grand Rapids pipeline intersects areas where ACFN members practice their treaty hunting, fishing and trapping rights, and crosses a number of major waterways upstream from ACFN’s communities. ACFN is concerned about the impacts of the pipeline on the First Nation’s harvesting rights, particularly given the poor record of pipeline safety in the province.

“We were shocked to learn that Alberta had decided that we had no right at all to be consulted about this Project—and that they had advised TransCanada of their decision without even informing us,” said Chief Adam. “This shows just how profoundly disrespectful Alberta’s process has become.”

The Chief noted that Premier Prentice has expressed willingness to reconsider Alberta’s Aboriginal consultation process in light of the many concerns that First Nations are raising.

“I’ve had frank and positive discussions with the Premier, about our concerns," he said. "I’ve told him, frankly, that the current system is completely broken, and that the ACO operates behind a curtain and makes decisions about First Nations’ rights without any accountability”.

“Alberta’s record on these decisions show that it is either completely incompetent or intentionally indifferent  of First Nations’ rights. I hope that the Premier will take the opportunity to engage us in meaningful government-to-government discussions to reform this process, but in the meantime, we are once again being forced into the courts to protect our rights,” concluded Chief Adam.