Shell is transporting an oil−spill−containment vessel up B.C.’s coastline to Alaska, says Greenpeace 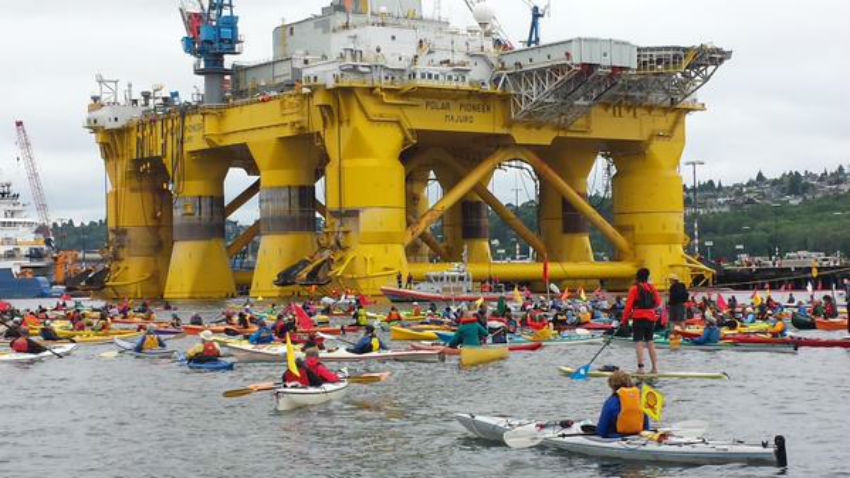 A group of environmentalists and B.C. First Nations opposed to Arctic oil exploration are protesting a multinational oil and gas company’s movements through the West Coast’s Inside Passage.

Chief Calvin Craigan of the Sechelt First Nation says increased tanker traffic in the region could be disastrous and that Shell should be banned from the area.

The company’s controversial ambitions to drill for oil in the Arctic Ocean have drawn widespread criticism.

Last week a pair of activists locked themselves to the Arctic Challenger’s anchor chain in Washington state to delay the vessel’s departure.

Earlier in the month hundreds of kayak activists swarmed a bay in Seattle, Wash., to protest Shell’s plans.