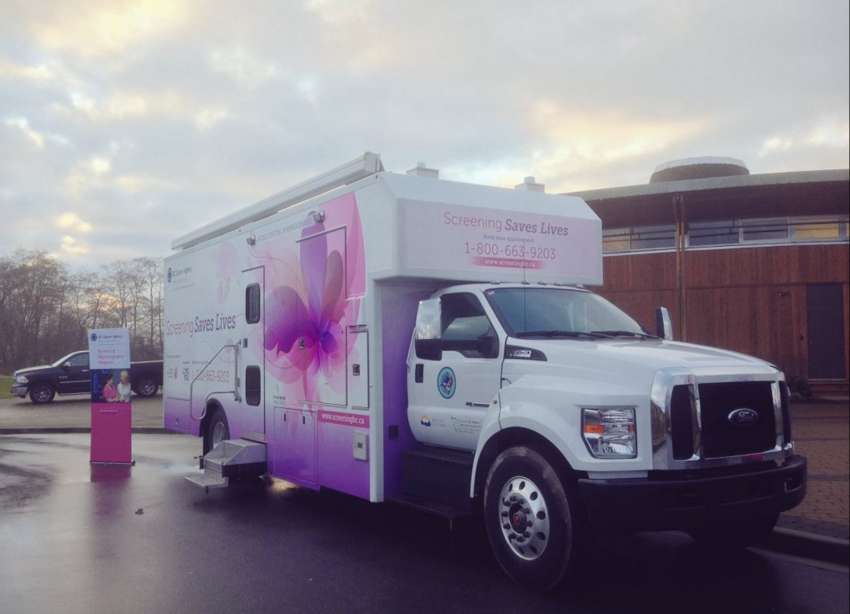 Breast cancer is the most common type of cancer among Canadian women. In fact, according to the BC Cancer Agency, in 2015 an estimated 3,400 women were diagnosed with the disease in the province.

Prevention and early detection is key to avoid the rapid spread of carcinogenic cells, that's why it is so important that women have access to health care facilities where they can get screened.

Since people living in British Columbia's rural and remote areas have difficulties in accessing places where they can get tested, digital mammography vehicles will now go to their hometowns.

Launched by the aforementioned BC Cancer Agency, the large coaches feature the latest technology and provide access to breast cancer screening for women who are 40 years old and older and who live at the Musqueam First Nation,  the Soda Creek First Nation, Maple Ridge, Merritt, Osoyoos and other areas in the province. A third coach, which was launched in February 2015, is currently serving communities on Vancouver Island and the Gulf Islands.

This service is the first of its kind in Canada to use wireless cellular data to send the images through a secure VPN tunnel from the mobile unit to the reading centre, so physicians can get the results faster.

Eligible women can use the clinic locator at www.screeningbc.ca/breast to either find a year-round fixed location near them, or view the schedule for the mobile mammography service in their area. For remote communities that the mobile coaches are unable to access, assisted travel support is provided for eligible women in the community to attend either the nearest fixed centre or mobile stop.