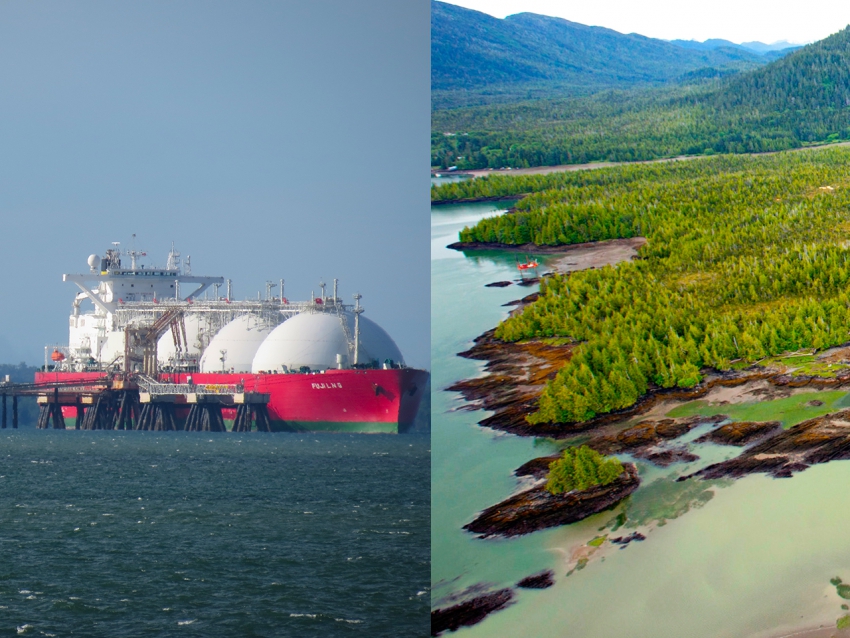 PORT SIMPSON, B.C. — Members of a First Nation in northwestern British Columbia have rejected a $1.15-billion deal that would have paved the way for a liquefied natural gas terminal to be built in their traditional territory.

The Lax Kw'alaams say their stance is about more than just money.

Members voted against the Pacific NorthWest LNG project during three separate community meetings, the last of which was held Tuesday evening in Vancouver.

"Hopefully the public will recognize that unanimous consensus ... sends an unequivocal message," said the band's Mayor Garry Reece in a statement issued Wednesday. "This is not a money issue: this is environmental and cultural."

A Yes vote for Petronas-owned Pacific NorthWest LNG would have secured consent for the construction of a terminal facility on Lelu Island, south of Prince Rupert at the head of the Skeena River.

The project is the proposed terminus of an LNG pipeline that would stretch from the northeastern corner of the province. The pipeline is being proposed by Prince Rupert Gas Transmission, a subsidiary of oil-and-gas giant TransCanada (TSX:TRP).

Members of the Lax Kw'alaams have raised concerns over the project's potential impact on neighbouring Flora Bank, a marine ecosystem immediately adjacent to Lelu Island and over which a pipeline-toting suspension bridge has been proposed.

The First Nation says the area's fertile eel grass beds are important habitat for maturing fish and other marine animals. 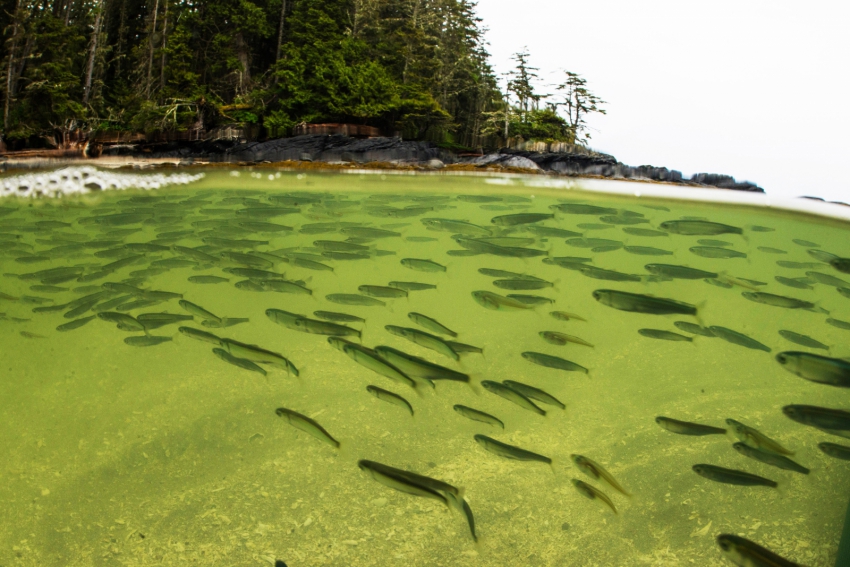 Underwater salmon fry in the Skeena estuary near where the Pacific Northwest LNG plant would be located, near Prince Rupert.  Photo by Tavish Campbell.

Pacific NorthWest LNG submitted an initial environmental impact statement to the federal government in February 2014, but was asked a year later by the Canadian Environmental Assessment Agency for further information.

An updated study commissioned by the company, and dated May 5, concluded the underwater infrastructure would have little long-term impact on the marine ecosystem. It used 3D modelling to simulate the impact of the bridge's tower pilings on fish habitat.

The Lax Kw'alaams band maintains it is open to business and development — including from Pacific NorthWest LNG — just not near Flora Bank.

The island is Crown land and the Prince Rupert Port Authority has jurisdiction over the proposed terminal site.

In its statement, the Lax Kw'alaams said the suggestion that government and the project proponent may proceed with the project without aboriginal consent would be "unfortunate."

"Only Lax Kw'alaams have a valid claim to aboriginal title in the relevant area," Reece said. "Their consent is required for this project to proceed."

But if the First Nation band proves it has aboriginal title, Supreme Court of Canada precedent still gives the province the right to override that claim.

In response to the No vote, Pacific Northwest LNG president Michael Culbert said in a statement that his company remains committed to the project and to meaningful discussion with First Nations leaders and community members.

B.C. Premier Christy Clark said Tuesday that she believes it is just a matter of time before a negotiated agreement is reached with the 3,700-member First Nation.

The B.C. government said it has reached pipeline-benefits agreements with 28 First Nations across the province. Of the 59 First Nations along TransCanada's proposed LNG pipeline, only five have publicly announced they've signed deals with the government.

Surrey-based Lax Kw'alaams member Cheryl Rose Spence voted against the proposal at Tuesday's meeting. She said that of the more than 100 members at the gathering, only two people stood up to support accepting the multibillion-dollar offer.

"There's a fight coming," Spence said Wednesday. "But we're not going to stop. We're going to keep on fighting this."