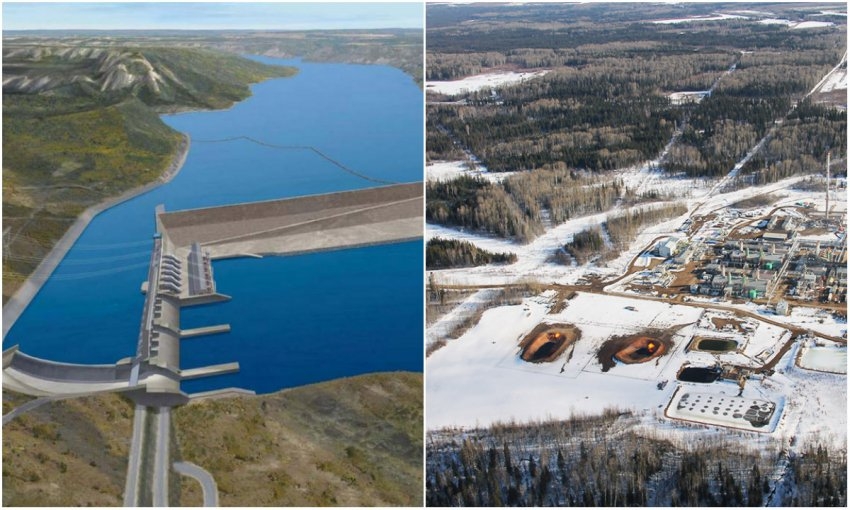 VANCOUVER — British Columbia's power utility will pay a consortium of three companies about $1.75 billion to build the largest components of the controversial Site C hydroelectric dam in the province's northeast.

The contract agreement announced on Monday by BC Hydro will see the Peace River Hydro Partners build the earthen dam, foundation, two diversion tunnels and spillways in the province's northeast.

"We said on Nov. 25 that the cost would be 'more than $1.5 billion' and that a final value would be known once we had concluded a contract," said BC Hydro spokesman Craig Fitzsimmons in an email.

"With a contract in place, we now have a confirmed value."

The contract's duration is eight years, and at the peak of construction, about 1,500 people will be working on the main projects, BC hydro said in its news release.

BC Hydro said the work will create about "8,000 person-years of employment," and it is planning a series of job fairs and "business to business networking sessions" in the new year.

"The sessions will provide an opportunity for local, regional and aboriginal businesses and job seekers to meet the main civil works team and other project contractors."

Legal challenges against the dam have been launched by several groups and First Nations over concerns about flooding and the impact a new lake created by the dam will have on the Peace River area.

Opposition New Democrat Leader John Horgan criticized the announcement, noting the contract is a $250-million increase over last month's estimate and there's no guarantee how many jobs will go to British Columbians.

"When you're spending billions of dollars of the public's money, I believe any responsible premier of B.C. should ask how many jobs can be guaranteed for British Columbians," he said in a release.

Horgan has said that he wouldn't rule out cancelling the $9-billion Site C hydro-electric project if he wins the 2017 election.

The BC Building Trades Council said in a news release that it was shocked by the announcement, claiming as many as 1,500 jobs may go to workers from Alberta and Saskatchewan.

"Only when every qualified B.C. construction worker who wants a job on this project has been hired should BC Hydro even consider looking outside the province for workers — and that's simply not the case today at all."