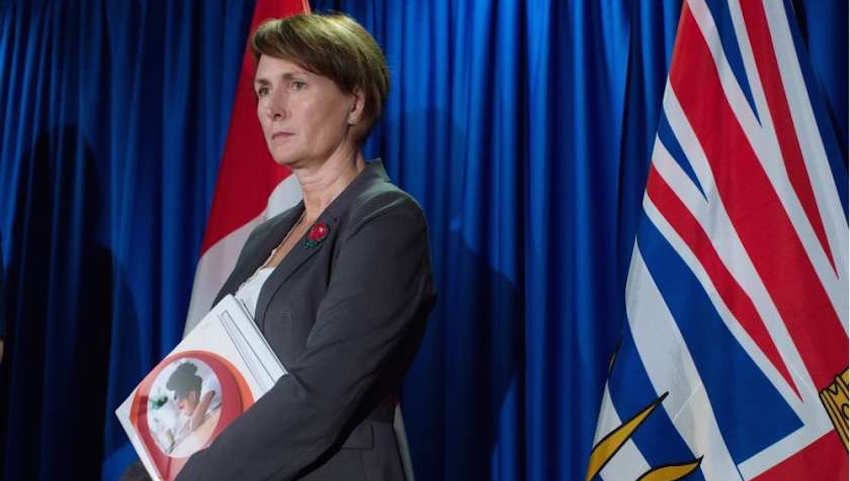 British Columbia will expand the role of its Metis representative in the child welfare system, amid criticism of the province's plan to adopt a Metis toddler to non-aboriginal parents in Ontario.

A spokesman for the Ministry of Children and Family Development said Monday that it will work with the Metis Commission for Children and Families of B.C. to give it more responsibilities in all adoptions involving Metis children.

The commission is the designated voice for Metis children, youth and families in B.C.'s child protection system, and sits on an "exceptions committee" that makes decisions about when to place aboriginal children in non-aboriginal homes.

In that role, the commission supported the ministry's plan to remove the girl from her Metis foster mother and move her to Ontario to live with her older sisters and their adoptive parents, whom she has never met.

But after commission CEO Eva Coles issued a news release criticizing both the province and the child advocate for leaving her group out of ongoing discussions about the child's future, a ministry spokesman said changes would be made.

"The commission and the ministry will work together to develop a structure where the commission will have an expanded role on all future adoption cases concerning Metis children and not just those that require exceptions," the spokesman said, on behalf of the ministry.

Coles said in an email that the ministry had called looking to do some work involving aboriginal communities earlier in difficult cases.

"It is very challenging to make good decisions regarding Metis children or any child in care when we only have part of the story," she said. "I am hopeful that we can make some corrections before anything like this presents itself again."

She also said that the representative of children and youth had reached out to invite her to discuss the case.

In her news release, Coles criticized Mary Ellen Turpel-Lafond for not consulting with her group before sending a letter to the attorney general last week asking that the child's placement be delayed for 30 days to allow for the input of three Metis experts.

Coles said the letter was another example of the government's "paternalistic" attitude toward aboriginal people.

Turpel-Lafond, who is First Nations and a vocal advocate for aboriginal kids in care, was unavailable for comment. But deputy representative Dawn Thomas-Wightman, who is also First Nations, said her office strongly disagreed with Coles's comments.

"We're highly supportive of aboriginal communities making their own decisions and often we speak out in favour of them making decisions," she said.

Thomas-Wightman said it was an oversight not to copy the commission on the letter when it was sent to the attorney general and media last week.

The ministry removed the girl from the foster parents' home on Sept. 18 after the couple lost a bid to adopt her in B.C.'s Court of Appeal. The couple has filed leave to appeal to the Supreme Court of Canada, and a judge has yet to rule on a separate petition in B.C. Supreme Court.

Despite the ongoing court cases, the ministry plans to fly the little girl to Ontario on Thursday, according to the foster mother's lawyer.

The polarizing case has divided some aboriginal advocates. Coles said while there are two very good options for the child's placement — with her Metis foster mother or with her sisters — her organization believes biological family must be a priority.

The B.C. Metis Federation, which represents 1,600 members in B.C., has joined the foster parents and birth parents in fighting the placement in court and on Monday sent a letter to Attorney General Suzanne Anton urging her to intervene.