Almost $100 million in upgrades to burn metro Vancouver's garbage and little revenue to show for it. Fifth in a three-month series.

According to BC Hydro statistics, the province’s sole garbage incinerator in Burnaby had the capacity to generate 131 gigawatt hours of electricity last year.

But critics say there's no public demand in BC to generate more electricity through incineration. "It's a really dirty way to be generating electricity, when we have better ways in BC," says Elaine Golds, chair of the Burke Mountain Naturalists conservation committee. The province, in fact, currently produces more than 86 per cent of its power through clean energy sources such as hydro dams, wind and other energy projects.

“Wherever incinerators are used to generate electricity, it is never a very clean process. (It’s) often termed as being dirtier than using coal, because some of the material that gets put into the incinerator shouldn’t be there in the first place," she said.

Across the globe, burning garbage to generate electricity has been an approved method to deal with waste for decades. Metro Van has been generating energy from waste in the Burnaby incinerator since 1988. In the future, Metro Vancouver plans to recycle or divert 80 percent of waste, and use waste-to-energy incineration to recover energy from the remainder. A 2008 US study comparing recycling and waste incineration in 22 states concluded that both are “compatible waste management strategies” that do not inhibit recycling.

The BC Chamber of Commerce contests that if a new incinerator is built, opportunities for private enterprise to capitalize on any valuable materials in garbage bags will disappear.

“There’s no way they’ll have enough garbage to feed that beast by then. Incinerators of this kind in Scandinavia are already bringing waste in from as far away as Italy to feed their appetite because they can’t generate enough in their own community ... to feed these beasts,” says Winter.

“I think it is a terrible, terrible mistake,” says Marc Lee of the Canadian Centre for Policy Alternatives. Lee authored a report last March examining consumer consumption and better ways to recycle. “It will lock us in to needing to produce garbage in order to feed these facilities for decades into the future and that’s not where we should be going.”

The BC Chamber of Commerce says the massive expenditure planned by Metro Van can't be justified, especially when there are companies ready and willing to deal with the excess garbage.

“The technology continues to evolve and develop that will enable MRF’s (material recovery facilities) to take a garbage bag, crack it open and either electronically or physically separate all the stuff in it and divert it to the various streams,” says Winter. “And some will presumably go to an incinerator. Some will go to a landfill, but a lot of it will find its way into a recyclable process.”

How to deal with extra garbage?

Metro Van says MRFs are now part of the waste-management strategy, but even with MRFs and an eventual 80 per cent diversion of the waste stream, there still will be hundreds of thousands of tonnes of garbage left over that must be dealt with. 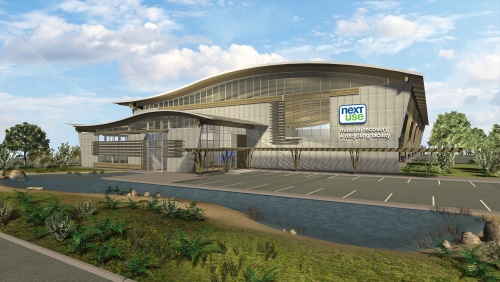 “If the MRF and all the other programs we have in place do get us to that 80 per cent, we still have 700,000 to deal with,” says Malcolm Brodie.  “If we go further than that, the plan would be that the Burnaby incinerator, which is now 25-years old, by that time it will be 35-40 years old, it’s in three sections, so you start phasing it back and you can easily do that by cutting it incrementally based on the amount of material you are dealing with.”

The BC Chamber of Commerce, private waste haulers, recycling companies and environmentalists have lined up at previous Metro Van Zero Waste Committee meetings to speak out against both the incineration plan and a strategy to control the flow of waste in the region. Elaine Golds of the Burke Mountain Naturalists says even by Metro Van’s own projections, material will be headed for the incinerator that should never be near these facilities.