Campaigners keep up fight to get women's issues onto election agenda 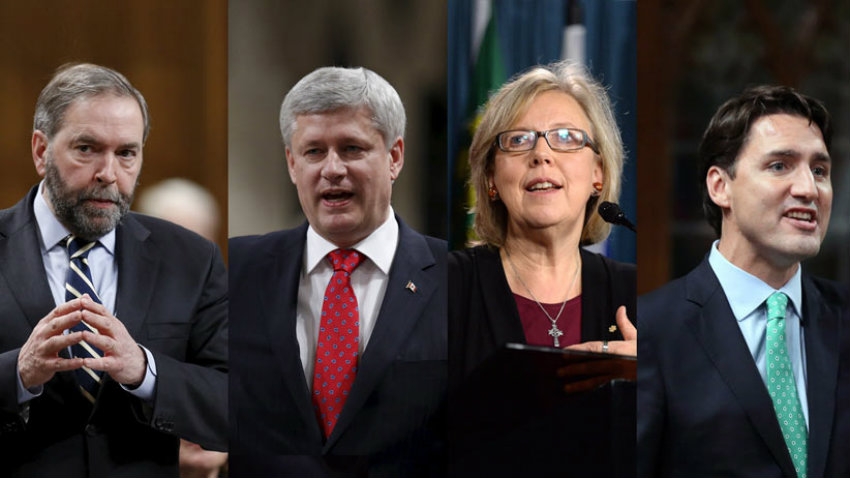 Campaigners are battling to get women’s affairs onto the agenda for the 2015 Federal Election to combat the persistent problems of violence and gender-based income inequality.

That’s why Women in Film and Television Vancouver is launching a social media blitz on Sept. 20, just one day ahead of the Up For Debate coalition’s face-to-face interviews with leading politicians in Toronto, more than three decades after women’s’ issues were last debated in the 1984 election.

“It’s unimaginable that in 2015 it’s still considered acceptable in Canada that women occupy only 25 per cent of the seats in Parliament, that the income gap between men and women still remains at 20 per cent, and we have no comprehensive national strategy to address violence against women. What’s even more shocking is that these issues are not even on the political agenda anymore,” said Barbara Janes, a former National Film Board executive who now serves on the Board of Directors of the St. John's International Women’s Film Festival.

In early 2015, ‘Up For Debate’, an alliance of over 175 women’s organizations and their allies across Canada, representing more than four million people, proposed another federal leaders’ debate on key women's issues.

A planned debate on women’s affairs ahead of the Oct. 19 election was axed after Thomas Mulcair’s NDP pulled out, citing Prime Minister Stephen Harper’s refusal to attend.

However, Up For Debate managed to secure one-on-one interviews with some party leaders, dealing exclusively with women’s affairs, which will be presented along with comment and analysis at a live event on September 21 at Toronto's Isabel Bader Theatre.

“We’ve been tracking and documenting the huge gender disparity in our own industry for several years and the statistics are staggering,” says Sharon McGowan, a Vancouver filmmaker and Associate Professor of Film Production and Creative Writing at UBC. “But that’s only the tip of the iceberg. Women in Canada made advances towards overall gender equality in the 1970s and 1980s but now progress has stalled. In fact some problems, like gender-based violence, seem to be getting worse.”

One glaring example of gender-based violence are the 1,224 Aboriginal women listed as murdered or missing between 1980 and 2013. PM Harper has resisted calls for an inquiry, but both the NDP and Liberals have vowed to change course if elected.

But Ontario First Nations groups are launching their own inquiry, while others are confident that their social media campaign will help put both this and women's issues back on the Election agenda.

“Social media can be a powerful tool for political activism and for amplifying voices,” said Annelise Larson, a digital strategist and mentor with Veria Search Media Marketing. “We will be tracking the Twitter conversation on #WomenVote that day and hope the volume will help shine the light on these issues in Canada.”

Women and men across Canada who support gender equality are being asked to take to social media on Sunday, September 20, especially between the hours of 1 p.m. and 4 p.m. EST (10 a.m. to 1 p.m. PST). People post on Twitter or Facebook and change their social media profile pictures. Tweets can be on any subject related to women's equality and should include the hashtag #WomenVote as well as the hashtags #elxn42 and #cdnpoli, if possible.