Straight on the heels of  the Tsleil-Waututh Nation's legal challenge against the Kinder Morgan Trans Mountain pipeline expansion review last week, another group has now filed a lawsuit claiming the NEB has wrongfully stifled voices on the project. 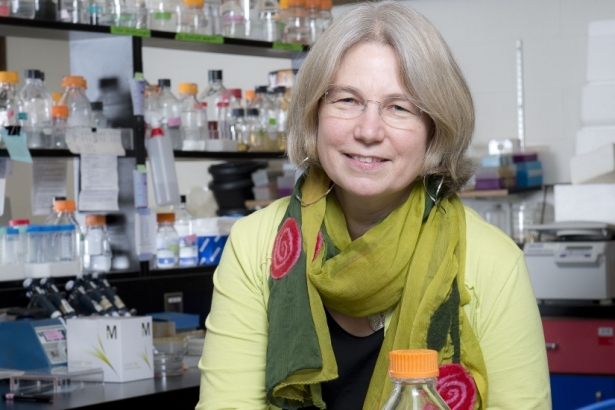 As a molecular biologist, Lynne Quarmby has a scientific understanding of how life and the world can be intimately intertwined. But when the Simon Fraser University professor tried to connect building more oil pipelines to the BC coast with climate change, she ran into a brick wall. Her application to address the National Energy Board about the Kinder Morgan Trans Mountain Pipeline Project was rejected.

“None of these issues were acceptable to the board as valid reasons for signing up to be an intervenor or commenter. I find that to be, frankly, scandalous," she said. "I think this is an important conversation that we as a society need to be having right now.” 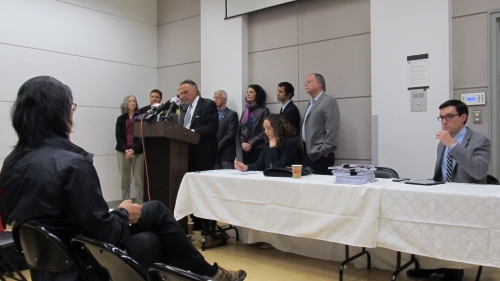 Quarmby is one of eight scientists, civil liberty advocates and environmentalists who have now launched a constitutional challenge of Canada’s National Energy Board rules on public participation in oil and gas hearings. The group says new federal rules are a suppression of public debate and an infringement of their constitutional right to freedom of speech.

“I think we have an important debate ahead of us and to shut the people of Canada out of that debate is wrong," said Quarmby.

“We’re here in defence of the public’s right to speak about matters that affect them intimately now and in the years to come,” said lawyer David Martin.

The group of citizens launching the constitutional challenge says the government is to blame for changing the rules.  Martin said he hopes the courts will understand that freedom of speech is at the core of this case.

The legal action comes after the NEB announced that more than 2,100 people applied to participate in upcoming hearings on the Trans Mountain pipeline expansion project. Of that number, only around 400 will be permitted to participate as intervenors, allowing them to ask questions, while an additional 1,250 can comment on the project through a one-page letter.

Aboriginal groups will be permitted to provide oral evidence during special hearings in August and September. 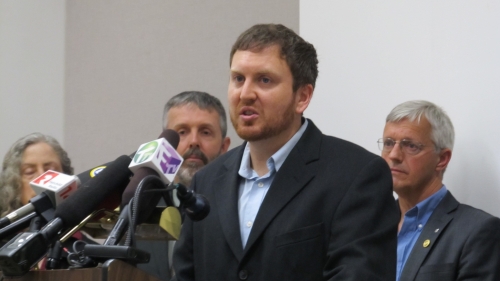 The change in public participation rules happened in 2013 when the federal government imposed new rules affecting NEB hearings.  After thousands of people participated in the Enbridge Northern Gateway Project hearings, the government stepped in to change the rules. Ottawa enacted legislation that restricts comment only to those “directly affected”, such as landowners along the pipeline route. No discussion of climate change issues is permitted and those wanting to participate must undergo an 11-page process to submit a one-page letter. It's a process environmental groups say was so cumbersome that in the case of the Trans Mountain hearings, it turned off many people from participating.

“We have never seen a process that is this restrictive in terms of content and the ability of the public to participate,” said Tzeporah Berman, one of the litigants and a prominent author and environmentalist.

“This is an issue of democracy,” BC Civil Liberties Association executive director Josh Paterson said. “This is an issue of the people in Canada having a chance to have their say in critical decisions that affect their communities, their families and themselves as individuals.”

One of the individuals who signed on as a litigant, Shirley Samples, considers herself a concerned citizen who had also started a petition against Enbridge Northern Gateway pipeline and Kinder Morgan.

"From my core, I now feel I cannot sit idly by and not use the energy, strength and voice to say no," she wrote. "The risks are immense, and a spill of almost any size would devastate our entire coast line for generations." 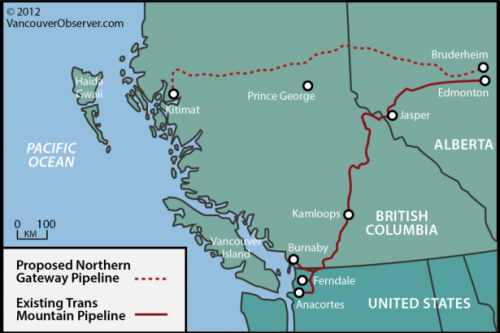 Kinder Morgan has applied to expand its existing pipeline from Edmonton to Burnaby and almost triple the amount of Alberta crude shipped to the company’s marine terminal in Burnaby from 300,000 barrels per day to 890,000 barrels. The $5.4 billion project plans to twin the existing 1,150 kilometre pipeline, add 12 new pump stations along the route, increase the number of storage tanks at the Burnaby tank farm by 14 and expand its marine terminal.

Critics say the federal government is trying to bully its way through the approval process in order to get quick approval of the pipeline project.

“We’re not going to allow them to restrict public participation and citizen rights in this way in order to push forward the oil agenda,” said Berman. 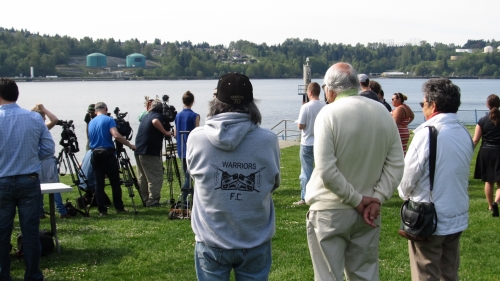 Last week, the Tsleil-Waututh First Nation launched its own legal case against the NEB for failing to consult the people who have lived along the shores of Burrard Inlet for thousands of years.

Kinder Morgan says it understands there are some “legal challenges to the NEB’s review process” but disagrees that the process is unfair.

“We believe the Board has outlined a fair and efficient review process for our Project that provides multiple opportunities for public involvement while ensuring the review is completed within the legislated 15-month timeframe,” said Kinder Morgan Canada’s regulatory vice-president Scott Stoness in an emailed response to the legal action.

The company said it has already engaged in 18 months of studies and consultation with groups, individuals and Aboriginal groups prior to submitting its 15,000-page application for the pipeline twining project to the NEB. Stoness said the hearing process provides “ample opportunity to all parties to question the evidence, submit evidence, and deliver argument”.