City of Vancouver to become a 'living wage employer'

The living wage of $20.68 an hour won't apply to everyone, say advocates, but it's a 'symbolic' victory for all. 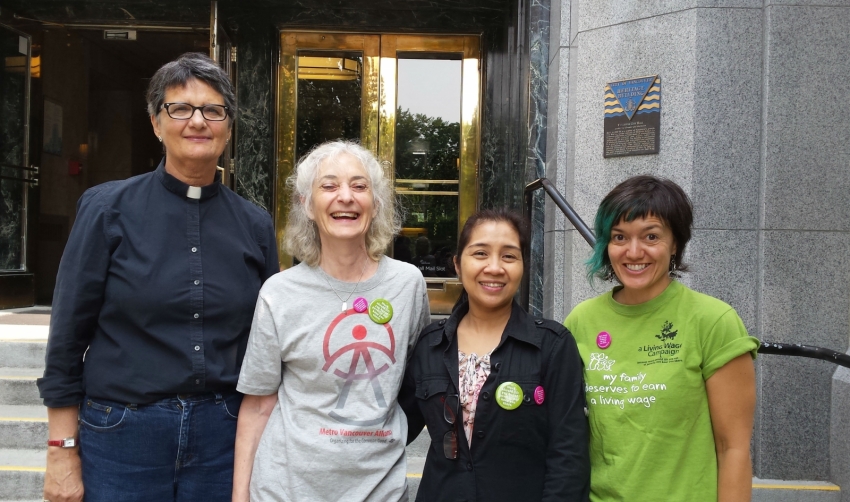 Mary Lynn Diana moved to Vancouver from the Philippines as a live-in caregiver 15 years ago. She had a six-year-old son, no financial support from the boy’s father, and a very difficult time making ends meet.

Over the years, she worked as a nanny and a housekeeper, and at one point, she was making less than $10 per hour.

“It was a struggle for me and my son because I went to school during the day and to work at night,” she said. “When I would get home at 1 a.m. from work, I still had to cook for the next day and study for my lessons.”

Diana is now a member of the Hospital Employees’ Union and her circumstances have improved, but not enough to send her 17-year-old to college. She still lives in Surrey, pays nearly $200 a month in student loans, and spends up to $500 on transportation to and from work.

On Wednesday morning, she joined more than 200 local advocates beseeching Vancouver city council to make the municipality a ‘Living Wage Employer.’ Councillors passed the motion unanimously, thanks to testimony from residents like Diana.

“If I earned a living wage, I wouldn’t have to worry about how my son will get through school,” she told the Vancouver Observer. “I don’t have that much savings, I don’t have a pension plan… it would really help me a lot.”

In Metro Vancouver, the living wage is $20.68 per hour, a regional calculation based on the amount of money a family of four with two working adults would need to meet their basic expenses.

Last week, Mayor Gregor Robertson introduced a bill that would obligate the City of Vancouver to pay its employees and major services contractors according to the living wage, a bill that received final approval Wednesday.

Though the decision will only affect Vancouver residents employed or contracted by the municipality, its supporters call it a “symbolic” victory for all. 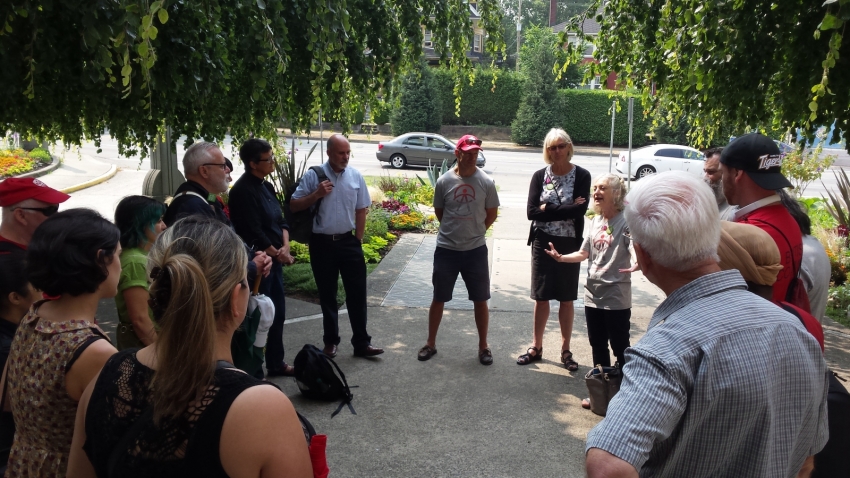 Living wage supporters for Metro Vancouver review their campaign efforts after the city of Vancouver committed to become a 'living wage employer.' Photo by Elizabeth McSheffrey.

“It shows that other organizations and businesses can do it,” said Deborah Littman, lead organizer for Metro Vancouver Alliance (MVA), which helped put together a living wage rally before city hall on Wednesday. “There are also other places in the world where this is happening.”

In the Vancouver area alone, more than 40 local employers have already committed to paying the living wage, nine of whom joined in 2015.

The list includes Vancity, Ethos Law Group LLP, and the Vancouver and District Labour Council, among others.

“It sets a bar,” said Rev. Margaret Marquardt, chair of the Eco-Justice Unit of the Anglican Diocese of New Westminster, which is a member group of MVA. “They finished the council meeting by saying that this isn’t just a number on a page, this about taking leadership to take this to other employers, and obviously to influence other municipalities too.”

The municipality itself will now draft an implementation plan for review by the Living Wage for Families Campaign, which has been advocating for fair payment for nearly 10 years.