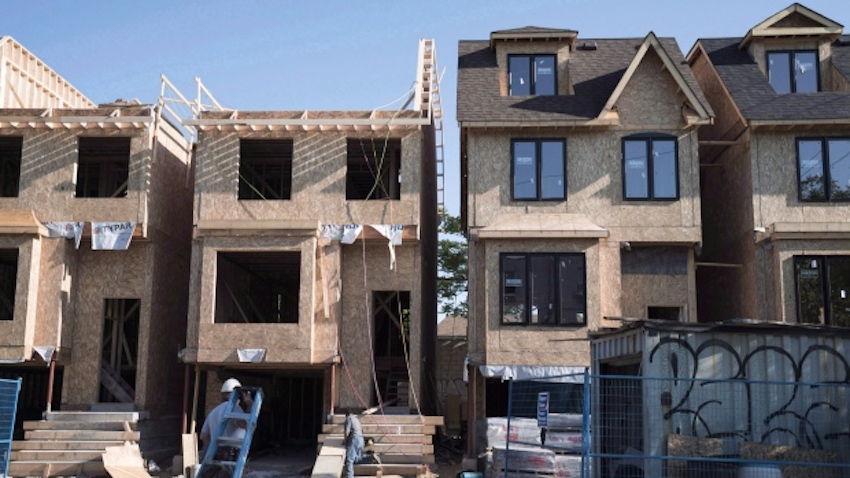 There is growing evidence of risk in the country's real estate markets as home prices have climbed faster than income and population growth, a report by Canada's federal housing agency says.

Canada Mortgage and Housing Corp. increased its risk rating for the national housing market on Wednesday to strong, from a moderate rating that it gave in July.

"This is fuelled by overvaluation — meaning house prices remain higher than the level of personal disposable income, population growth and other fundamentals would support. This overvaluation coupled with evidence of overbuilding in some centres means that growth in house prices will slow and housing starts are expected to moderate in 2017 and 2018."

The agency also said it now sees moderate evidence of price acceleration. That occurs when home prices go up at a faster pace and is a possible sign of speculation.

Back in July, evidence of price acceleration was weak, the agency said.

CMHC is also predicting that home sales and the pace of new housing starts will decline next year before stabilizing in 2018.

CMHC CEO Evan Siddall said earlier this month that the housing agency would raise its risk rating to strong for the first time ever.

The housing market assessment is intended to be an early warning system to alert Canadians about problematic conditions developing in the country's real estate markets. It covers 15 regional markets and the national housing market as a whole.

Evidence of overvalued home prices grows in a number of markets: CMHC