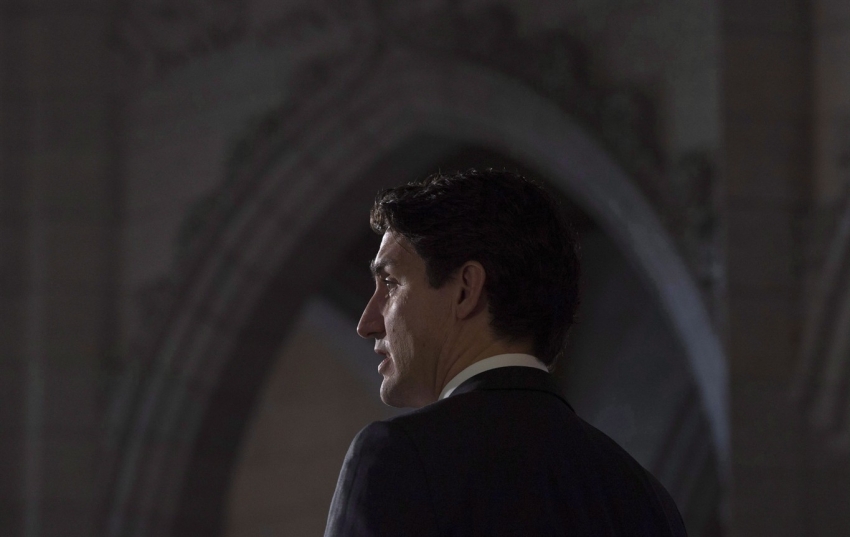 Conservation groups have filed a new court challenge to the federal government's approval of the Trans Mountain oil pipeline.

The request for judicial review filed with the Federal Court of Appeal late Monday in Calgary is at least the eighth legal test of the controversial project, which will almost triple the capacity of an existing, 1,150-kilometre pipeline from near Edmonton to Burnaby, B.C.

The Liberal government gave the green light to the $6.8-billion pipeline expansion late last month, despite a thicket of existing legal challenges to the regulatory process.

Ecojustice lawyers, on behalf of the Living Oceans Society and Raincoast Conservation, say Prime Minister Justin Trudeau's cabinet broke the law when it relied on a National Energy Board assessment of Kinder Morgan's controversial pipeline expansion.

The groups argue the board — and thus the Liberal government — did not properly take into account the Trans Mountain pipeline's impact on endangered southern resident killer whales. The newly expanded pipeline will increase oil tanker traffic from the port in Burnaby to about 34 ships a month, up from the current five.

"We'll be asking the court to overturn the government's unlawful approval and send it back to cabinet with instructions that it has to meet all the legal requirements," Ecojustice lawyer Dyna Tuytel said in a release.

The same groups had already challenged the National Energy Board's assessment on similar grounds last June, a case the judge reserved that has yet to be resolved.

The cities of Vancouver and Burnaby also launched suits against the NEB process, as did four different First Nations.

In September, the Federal Court dismissed a challenge by the Tsleil-Waututh First Nation that had alleged the board failed in its duty to properly consult.

The Liberal government says it is taking seriously its responsibilities under the Species At Risk Act, which mandates a federal recovery plan for about 80 killer whales that spend much of their lives in the Pacific waters off Vancouver.

Studies by the Raincoast Conservation Foundation suggest the whale population is severely stressed by a variety of factors, including shipping noise that disrupts the whales' ability to locate prey and communicate during the hunt.

Biologist Paul Paquet, the foundation's senior science adviser, said the increased tanker traffic not only increases the likelihood of oil spills, but will further compromise the killer whales' ability to feed due to additional, cumulative ship noise.

"We have consistently said that approving this project is approving the probable extinction of the southern resident killer whales," Paquet said in the release.

Fisheries Minister Dominic LeBlanc told The Canadian Press in a recent interview that the Liberal government will be releasing an updated recovery plan for the whales next month, following thousands of public submissions on a summer draft plan. Transport Canada shipping regulations are in the works and will be introduced later in the spring, he said.

The federal government's $1.5-billion oceans protection program announced in November earmarked $340 million over five years for whale protections, including improved monitoring so ships can be immediately alerted and directed away from whale pods.

LeBlanc rejects the contention that the Trans Mountain pipeline is a death knell for the sourthern resident killer whales.

"I understand the concern and it comes, in my view, from a very good place. I think it's held sincerely," he said.

"It's not a view that's supported by the scientific advice and independent advice that we as a government have received."