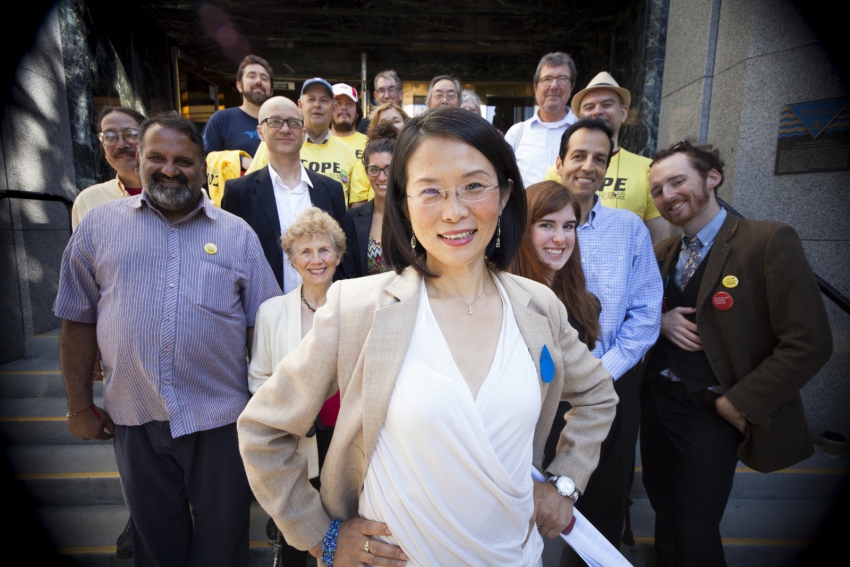 COPE mayoral candidate Meena Wong says she has a plan to stop "renovictions" in Vancouver. "Renoviction" refers to when landlords evict residents to renovate and then raise rents.

“Under the current system, a rent hike is like a prize a landlord gets for evicting a tenant,” said Wong in a news release. “We’ll put a condition on renovation permits to guarantee that tenants can move back at the same rent they were paying before.”

Under COPE’s plan, any renovation permits that needs the unit to be vacant requires the landowner to provide:

COPE specifically called out Vision councillor Geoff Meggs, suggesting he “told The Tyee that allowing tenants to return without an extraordinary rent increase would unfairly cause landlords to lose money.”

Meggs said his stance in the article was taken out of context by COPE's news release.

“I would certainly agree that we need stronger protection in the provincial level, but that’s where the primary responsibility lies,” he said.

Meggs said Wong had interesting ideas, but that her plans are duplicating current work that is already underway in the city. Some of the ideas that are implemented include a rental database to inform tenants of their home’s safety violation, which will help determine if a renoviction will occur, he said. He also said there is a successful 'rent bank' to help people who are financially stranded to bridge their rent.

“I’m not saying the renovictions have stopped,” Meggs said.

“On the one hand we want the buildings to be safe, so we’re not trying to deter anyone from making a building safe and giving tenants decent living conditions. On the other hand, we don’t want people simply renovating in hopes of evicting people and getting higher rents.”

Wong unveiled her new campaign policy in front of 19-story apartment Broughton Tower in the West End Monday morning. According to West End Seniors Tenant Advocates’ Gail Harmer, tenants of the building -- recently acquired by Wall Financial Corporation --- are at risk of renoviction.

“I know seniors who have been living at 711 Broughton for over 20 years, and they are scared that they will be renovicted any day,” said Harmer. "It’s just a matter of time.”

This new policy is within the city’s jurisdiction, according to COPE. The city issues the renovation permits and has the authority to set guidelines for them. COPE says it would issue renovation permits that legally bind landlords to return tenants to their home at the original rent.