David Suzuki calls "YES!" campaign "one of the most important decisions facing our region"

The YES! campaign launch drew a broad spectrum of support 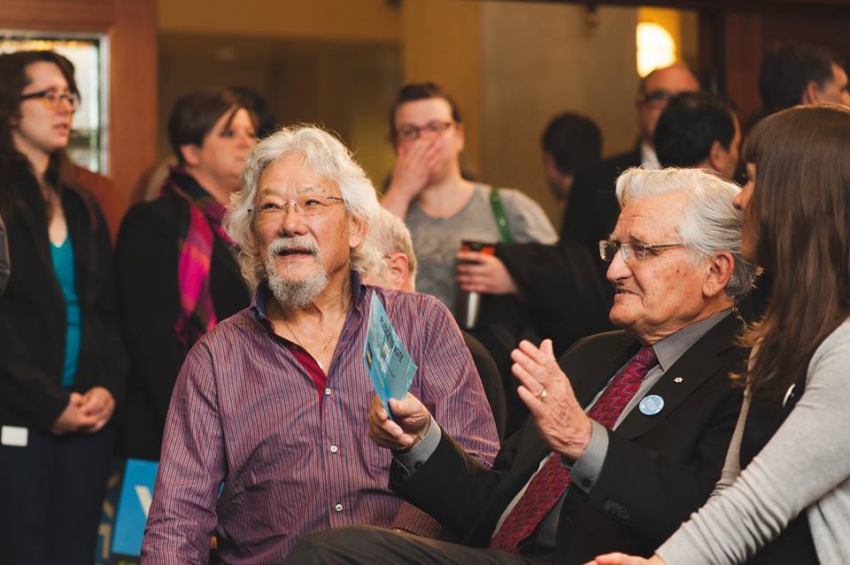 Hundreds from Vancouver's business, labour, student, environmental and health sectors packed into a conference room at Simon Fraser University’s Segal Building on Thursday to commit to voting "Yes" in the upcoming transportation referendum.

Seated in the front row was David Suzuki. He observed members of his team from the David Suzuki Foundation holding large ‘YES!’ signs and listened as they spoke in favour of the additional 0.5 per cent sales tax to fund TransLink initiatives. Suzuki said it is one of the most important decisions facing Metro Vancouver, one with the potential to improve quality of life in the region for years to come.

"These diverse groups are united in their knowledge that this referendum is one of the most important decisions facing our region, for the economy, environment, health and our quality of life," said Peter Robinson, CEO of the David Suzuki Foundation, in a press release.

The $7.5 billion plan sets to cut traffic congestion by 20 per cent, shorten commute times by up to 30 minutes a day for some routes, while also providing 70 per cent of Metro Vancouver residents access to more frequent transit service.

The release notes that more than 90 organizations representing hundreds of thousands of members rallied around the "Yes" vote for the Metro Vancouver Mayors' Council plan— and that the alliance, known as the Better Transit and Transportation Coalition (BTTC), has become the largest and most diverse coalition in support of a single issue in B.C.'s history.

"People from all walks of life know that we cannot afford to stand by as congestion worsens throughout the region," said Vancouver Board of Trade president and CEO Iain Black in the release. "Gridlock is costing our economy dearly and we must dramatically improve the movement of goods, services and people if we want to remain competitive." 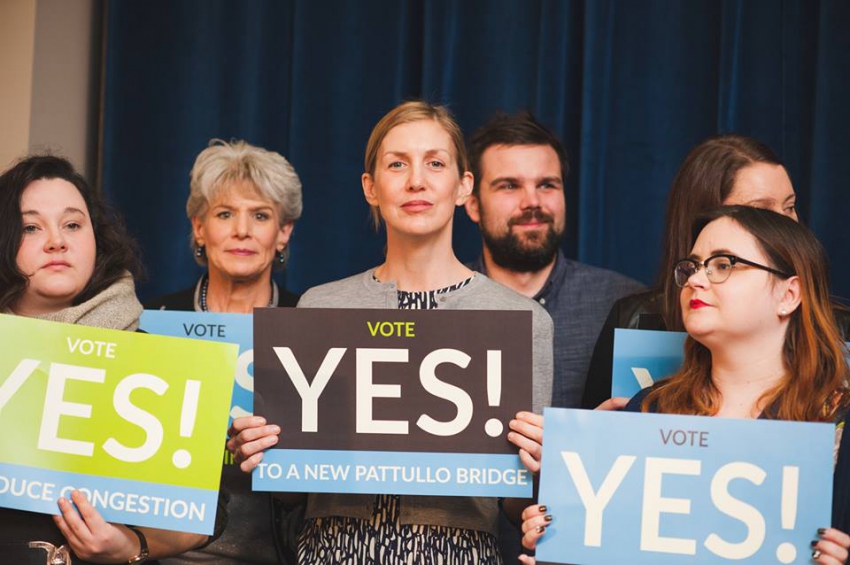 On the flip side is the No TransLink Tax Campaign, run by a group of citizens, small business owners and concerned activists wishing to avoid additional taxes. The group calls TransLink “an extremely wasteful organization.”

The "No" campaign’s website, launched last month, alleges that TransLink wastes money through over-staffing and criticizes 13 SkyTrain TVs that cost $523,000.

“We aren’t members of fancy advocacy organizations, lobbyists, insiders or elitists – we are everyday people who live across our great region,” the website's profile reads. “We believe that TransLink should get its house in order instead of raising taxes.”

Metro Vancouver residents will receive ballots in the mail beginning March 16 and have a deadline of May 29 to submit their vote.