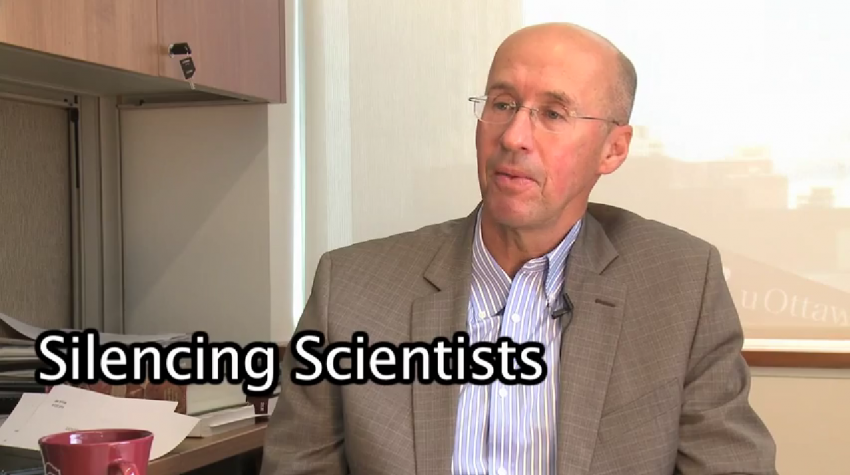 Kevin Page in screenshot of video

"There's no accountability. It's completely, completely broken," said former Parliamentary budget officer Kevin Page, who was hailed as a "national hero" for insisting that federal government be accountable for its spending.

Before he stepped down in 2013, Page exposed the federal government's overspending of billions of dollars on F-35 jets, the war in Afghanistan, and challenged Harper's claim that government couldn't afford to maintain Old Age Security for 65-year-olds. He took the federal government to court for refusing to provide details on its austerity budget, which earned him the wrath of the Prime Minister's Office.

Page spoke out about the lack of trust in public service, as well as the damaging effects of government muzzling of scientists.

"I hear this more as I get on to airplanes, but the public servants, they're saying, 'Kevin, you have no idea how bad it is. They're pulling us off planes, saying we can't go to conferences, we can't speak to anybody,'" he said in a video interview with political group Operation Maple.